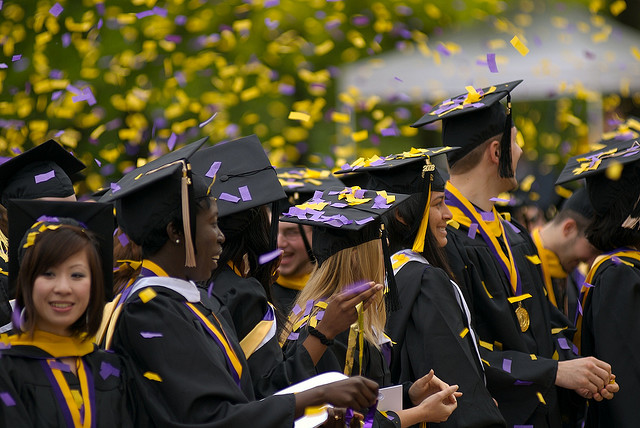 According to a whistleblower inside one of the for-profit college industry’s biggest players, a graduate trained to design video games is considered “placed” in a relevant career by working at Toys “R” Us in the video game department earning $8.90 an hour. And a Residential Planning graduate working in a gas station convenience store was deemed to be “using her skills” by arranging the candy bar displays.

These are just a few revelations in a pretty juicy letter, first obtained by Stephen Burd at the New America Foundation’s Higher Ed Watch blog, that was written by a career counselor at the Art Institute of Pittsburgh. The for-profit college is owned by Education Management Corporation, an industry powerhouse that’s facing heavy criticism from lawmakers and education reform advocates. (Read my story, “Astroturf U,” on EDMC’s use of a controversial lobbying outfit to fight new industry regulations.) The counselor, Kathleen Bittel, sent her letter earlier this month to Sen. Tom Harkin (D-Iowa.), chair of Senate Health, Education, Labor, and Pensions (HELP) Committee. On Thursday, the committee is holding another hearing on for-profit colleges titled “The Federal Investment in For-Profit Education: Are Students Succeeding?”

The Art Institute’s Bittel is one of six witnesses slated to testify at the hearing. In her letter, she wrote, “I am currently employed by EDMC and it was a tough decision to put my livelihood on the line in this current economic situation. But my conscience will not allow me to remain quiet about what I know.” She later added, “What I found in Career Services was even more deceptive than the recruiting practices.”

Here are some excerpts, per Higher Ed Watch, from Bittel’s letter:

Bittel also went into detail about the Art Institute’s practices in dealing with graduates and employment. Her claims are especially relevant as the Obama administration seeks to impose a “gainful employment” rule on for-profit colleges. Such a rule would limit the amount of federal funding these colleges receive—and many rely heavily on these funds—if those colleges weren’t placing students in decent-paying jobs related to their degree after graduation. In addition to the Toy R Us and gas station examples, Bittel wrote that Graphic Design students “working in places like Starbucks whom were expected to agree they were using their ‘skills learned’ within their employment by making signs for daily specials and menus.”

The Senate’s hearing on for-profit colleges is scheduled for 10 am on Thursday, where lawmakers will hear from Bittel, Lauren Asher, president of the Institute for College Access and Success, Dr. Arnold Mitchem, president of the Council for Opportunity in Education, and several others yet to be named. On Wednesday, the for-profit college industry has planned a major lobbying push on Capitol Hill to convince lawmakers to oppose the Education Department’s gainful employment rule. An email obtained by Mother Jones touting the fly-in lobbying event reads, “We need to give our members of Congress the truth and, to do it, we need to hit the ground running. So to borrow a saying from college football, here’s the play: mark your calendar and plan to fly in to Washington, DC, on September 28.”