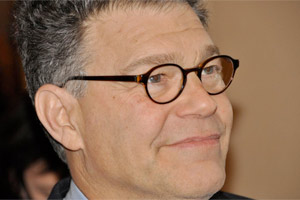 Hot on the heels of his letter to the Federal Election Commission, Sen. Al Franken (D-Minn.) hosted a conference call on Thursday to discuss his request for an investigation into allegations that the US Chamber of Commerce is using foreign money to pay for attack ads against progressive candidates running for office.

Franken’s request is based on a recent report from the progressive blog ThinkProgress. The Chamber is a 501(c)(6) organization, a status that allows it to raise and spend unlimited amounts of money without disclosing its donors. It has committed a whopping $75 million towards ads attacking progressives running for office, including Sen. Barbara Boxer (D-Calif.) and Virginia Democrat Rep. Tom Perriello. The Chamber also runs a number of foreign chapters, known as Business Councils or “AmChams,” that represent American businesses with overseas interests.

But the group has also ramped up an aggressive campaign to raise cash from foreign companies controlled by foreign governments, who send money either directly to the Chamber or to their local AmChams. Campaign finance laws prevent foreign corporations from getting involved in American elections. When the money comes into the Chamber’s coffers, ThinkProgress alleges, it is “commingled to the Chamber’s 501(c)(6) account which is the vehicle for the attack ads.”

With ThinkProgress editor-in-chief Faiz Shakir and researcher Lee Fang also on the line, Franken insisted that there’s enough reasonable doubt about how the pro-business lobbying group spends the membership dues it collects from foreign affiliates to warrant a thorough investigation. He was careful to point out, though, that the Chamber may not have done anything illegal.

“Let’s be honest here: money is money. It’s fungible,” he said. “And when the Bahrain Petroleum Company sends the chamber $10,000, the $10,000 in American money the Chamber was going to use for office furniture can now go to a new attack ad on Barbara Boxer for her stand on clean energy.”

But Franken also intends to hold the FEC’s feet to the fire, and convince the commission to review its regulations allowing foreign companies to spend money on elections through special election committees formed by American citizens.

“Congress has got to act here by passing the DISCLOSE Act,” he said, referring to the proposed law requiring funders of attack ads to identify themselves, and “close all loopholes” that allow US-based companies under foreign ownership to spend on elections.

The Chamber’s spin department has been on overdrive ever since ThinkProgress‘ report was posted. Shakir said that it has issued statements to Politico and the Washington Post, among others, and has published a number of blog posts on its website looking “to sow some confusion amongst reporters.” The basic facts, he says, show that the Chamber has funneled some $300,000 in foreign funds into election spending.

American City Business Journal‘s Keith Kent-Hoover pointed out that neither ThinkProgress nor the Senator have the “smoking gun” to support their allegations.

“If they’re giving money to the same 501(c)(6), and that 501(c)(6) is spending money on ads, and money is fungible, it would be logical to assume that that money is being spent because it’s all part of the same pool,” Franken responded. The Chamber’s inability to explain how it segregates foreign money from election spending, he added, merits an investigation.

Watch some clips of MoveOn.org’s rally outside the Chamber of Commerce: