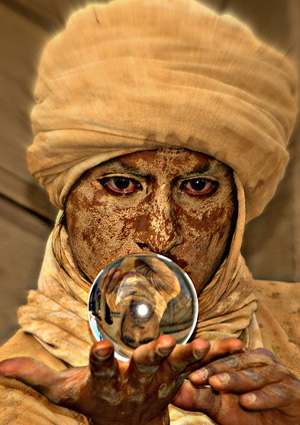 Whatever happens in next Tuesday’s midterm elections, one thing seems certain: there will be a lot more Republicans in Congress. President Barack Obama has a plan for that: an “appropriate sense of humility about what we can accomplish,” and spending “more time building consensus.” The thing that continues to blow my mind about the Obama administration is that they understand why they’ve failed to build bipartisanship, but they keep trying anyway. It’s like Lucy and the football. They’re doing the same thing over and over and expecting a different result. You know, the definition of crazy. Here’s Dan Pfeiffer, Obama’s communications director, diagnosing the problem to the New York Times:

Dan Pfeiffer, Mr. Obama’s communications director, said the president had “repeatedly extended his hand” to Republicans, who “made a political decision” to oppose him at every turn. “That was their choice,” Mr. Pfeiffer said.

And here he is, in the very next sentence, kicking at the football again:

“Hopefully, they will make a different one after the election.”

See what I mean? You may not know this, but I can predict the future. Here goes: after November, the Republicans will continue to oppose Obama at every turn and focus their efforts on making him a one-term president. How do I know? I’m listening to them. Here’s Rep. Mike Pence (R-Ind.), a member of the House GOP leadership:

The single most important thing we want to achieve is for President Obama to be a one-term president.

As Andrew Sullivan writes, this is what the congressional GOP stands for: defeating Obama and putting more Republicans in power (and, of course, tax cuts for the rich). Democrats, of course, wanted to beat George W. Bush. But many of them—including even the late Ted Kennedy—were willing to make common cause with him occasionally. I don’t see any of that from the current GOP caucus. The only mystery, as Kevin Drum argues, is what Obama will do. Will he push for Republican policy goals (as Bill Clinton did with welfare reform) so that he can at least sign some legislation before 2012? Or will he veto them?

Of course, there’s a chance the whole country will become consumed with another impeachment drama and we won’t have to worry about either of those things.