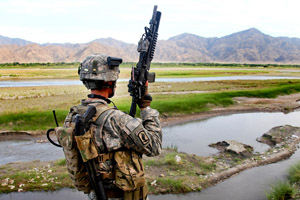 In his new book, Aftermath: Following the Bloodshed of America’s Wars in the Muslim World, journalist (and Mother Jones contributor) Nir Rosen presents a visceral portrait of the wars in Afghanistan and Iraq. He’s embedded with GIs and jihadists, hung out with Afghan “stoner cops,” and has had some close calls, like nearly being dragged before a sharia judge who might have sentenced him to death. In this excerpt, Rosen reflects on his recent experiences in Afghanistan and the prospects of American counterinsurgency efforts in a country with a long history of unsuccessful occupations.

Supporters of General Stanley McChrystal, the former US commander in Afghanistan, liked to say “he gets it,” as if there was a magic counterinsurgency (COIN) formula they’d discovered in 2009. But Afghans have a memory. They remember, for example, that the American-backed mujahideen killed thousands of Afghan teachers and bombed schools in the name of their anti-Soviet jihad in the 1980s. The Taliban atrocities had not arisen in a vacuum. Similarly, past American actions have consequences. Opinions were already formed. The Taliban were gaining power thanks to American actions and alliances. Warlords were empowered by the Americans. No justice was sought for victims. The government and police were corrupt. The president stole the elections. The message was that there was no justice, and a pervasive sense of lawlessness and impunity had set in.

Afghans who had been humiliated or victimized by the Americans and their allies were unlikely to become smitten by them merely because of some development aid they received. And the aid was relatively small compared with other international projects, like Bosnia, Haiti, Rwanda, and East Timor. The Americans thought that by building roads they could win over opinion. But roads are just as useful for insurgents as they are for occupiers. The Americans had failed to convince Afghans that they should like them or want them to stay, and they certainly had not been convinced that President Hamid Karzai’s government has legitimacy. You can’t win hearts and minds with aid work when you are an occupying force.

The Taliban was the most obscurantist, backward, traditional, and despised government on earth. The fact that the Taliban was making a comeback was a testimony to the regime that the U.S. set up there, and to the atrocities that have been committed in Afghanistan by occupation troops and their Afghan allies. It was sheer arrogance to think that adding another 30,000 or 50,000 troops would change the situation so much that the occupation would become an attractive alternative.

There was little evidence that aid money in COIN had an impact. There was not a strong correlation between poverty and insecurity or between aid money and security. The more insecure you were, the more development money you got. The safer provinces felt as if they were being penalized for not having Taliban or poppy cultivation. The aid system raised expectations but didn’t satisfy them. Life remained nasty, brutish, and short for most Afghans.

Aid and force do not go well together. The Americans assumed that material goods superseded all other values. This was not true in Iraq or Afghanistan. Positive as the aid was, it did not outweigh the civilian casualties or the offensive and humiliating behavior of the past eight years. In Iraq it took the trauma of the civil war to make the Americans look good. There might have been a new administration in Washington, but for Afghans it was the same America: the America of Iraq, Afghanistan, foreign occupation, Guantánamo, Abu Ghraib—the America seemingly at war with Islam. 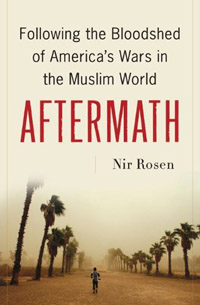 The Pentagon propaganda machine, for instance, turned Marja from a backwater to a key strategic city, and the American media accepted it. But in fact there were only a few thousand people living in Marja. It took months and thousands of troops for the Americans to seize Marja, only to learn that the Taliban were popular there. And there were up to 20,000 similar Marjas throughout the country. In Marja the Afghan National Civil Order Police too proved a failure, incompetent and dependent on the Americans. Fighting remained frequent.

The storming of Marja was meant to be the first sally in a larger campaign to expel the Taliban from their southern heartland, especially Kandahar. The Americans thought if they could wrest it from Taliban hands, then it would turn the tide against the Taliban. But Kandahar meant little to anybody who wasn’t a Kandahari. It was part of the same focus on population centers that were overwhelmingly urban.

Violence was getting worse. How long would the Afghan people accept the presence of armed foreigners in their country? Even a message of help can be humiliating, more so when it is backed by a gun. The Americans underestimated the importance of dignity and the extent to which their very presence in Afghanistan was deeply offensive.

In May 2006, riots erupted in Kabul after a road accident with American forces, and the Americans shot at the crowd. The episode revealed an underlying anger that could explode at any moment. In September 2009 a British plane dropped a box of leaflets that failed to open, landing on a girl and killing her. Given that most Afghans are illiterate, it would not have been any more persuasive had it opened. Folk poetry throughout Pashtun areas of Afghanistan is now often anti-occupation. Below is one recent ghazal (poem), by a woman called Zerlakhta Hafeez:

Americans lacked the political will for a long-term commitment, regardless of whether it was right or wrong. The Americans would bail on Afghanistan in a few years no matter what. It would be tragic if it happened now or in a couple of years. There was no way to “fix” Afghanistan. According to Andrew Wilder, a longtime aid worker in the country, “It may be more realistic to look for ways to slow down the descent into anarchy.” The Soviets never lost the war in Afghanistan. In fact, the puppet regime they installed had pretty much crushed the mujahideen until the Soviets withdrew support. The Soviets won their last battle in Afghanistan. But it made no difference. Only ruins and a few Russian-speaking Afghans remained in Afghanistan.

The Americans too weren’t losing, stressed a retired American military officer working on security in Afghanistan. “Every time our boys face them, they win,” he said. “We’re winning every day. Are we going to keep winning for twenty years?”

Excerpted from Aftermath by Nir Rosen, to be published by Nation Books in November 2010. Copyright © 2010 by Nir Rosen. All rights reserved.