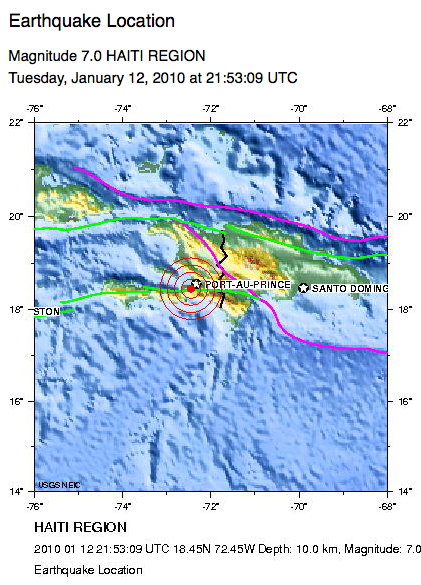 First, the good news: Many anti-Muslim candidates did not get elected Tuesday. Now the bad news: Alas, several anti-Muslim candidates won—mostly in the South. Oh, and Oklahoma became the first state to ban sharia law, even though only 0.8% of the population is Muslim. Below, a (fairly) complete list of vocally anti-Islam politicos in 2010. I’ve tried to include only candidates who won primaries, but if you have additions, please post them in the comments.

Question 755: Banning of Sharia and international law. This measure, aka “Save Our State,” amends the state’s constitution to forbid Oklahoma judges from “considering or using” international or sharia law when deciding cases. The bill’s sponsor, Oklahoma State Senator Rex Duncan, admits that no judge in the state has ever tried to use sharia law. As he told Fox News, “we want to make sure they never will.” He’s called the bill a “preemptive strike” against sharia.

Christine O’Donnell for Senate: O’Donnell worked with an aide who, as we reported, pushed the idea that Obama was secretly Muslim and would always be one, despite attending Christian churches for decades. On another note, O’Donnell said it was “refreshing” to go on a Bible-themed tour of Jordan because she found the culture more modest. She’s a bit of a mixed bag (declined to endorse or condemn the mosque near Ground Zero) but with her wacky statements and fuzzy hold on separation of church and state, still probably a good thing she didn’t get elected.

Carl Paladino for Governor: Paladino said the proposed Islamic center near ground zero “makes a mockery of those who died there” and promised to stop it if elected in this campaign ad. He called it “a monument to those who attacked our country,” simultaneously espousing that Muslims are not Americans and they’re all terrorists. Paladino went further to propose no mosque be built where the 9/11 “dust cloud” had been.

Keith Ellison for House: Rep. Ellison, a Muslim and a Democrat, has been attacked by conservatives like Glenn Beck and more recently, by tea party leaders like Judson Phillips. Back in 2006, Beck asked Ellison to “prove to me that you are not working with our enemies.” This year, Phillips wrote that “I’m bothered by a religion that says kill the infidel,” encouraged Minnesotans to vote for Ellison’s rival, and said that “I, personally have a real problem with Islam.” Voters disagreed with Phillips, and re-elected Ellison by a landslide.

Renee Ellmers for House: Republican Ellmers ran on an anti-mosque platform, running ads like this one that equates the Muslims of ancient Constantinople (failing to mention the equally rapacious Christians of that era) with the Muslim Park 51 organizers and calls the proposed Islamic center a “victory mosque.”

Ilario Pantano for House: Pantano is perhaps better known for shooting 45 rounds of ammunition into two unarmed Iraqi civilians, killing them, during his 2004 tour of duty. “I had made a decision that when I was firing I was going to send a message to these Iraqis,” Pantano said. He was charged with murder, but the charges were later dropped. Since then, Pantano’s been busy protesting the Park51 project and welcoming an endorsement from radical anti-Islamist Pam Geller. He even wrote in an op-ed that the Islamic prayer space was a “martyr marker” and “If this was truly about bridging cultures, we should be erecting a church.”

Josh Mandel for State Treasurer: Mandel said in an ad that Boyce gave out jobs as favors, including one “he only made available at their mosque” and another “sensitive” job at the Treasury Department. The ad looks like it was trying to paint Boyce as a Muslim, even though he is Christian and had never been to the mosque in question. Boyce’s deputy, Amer Ahmad, is Muslim but both he and Mandel disputed the claims in the ad, including that the secretarial job at the Treasury was sensitive in nature. The ad stopped running after a week, but Mandel won anyway.

Allen West for House: Tea party candidate West is one of the most anti-Islamic this election season. West said that “Islam is a totalitarian theocratic political ideology, it is not a religion. It has not been a religion since 622 AD, and we need to have individuals that stand up and say that.” To continue the blatant fear-mongering, in speeches West equates today’s Muslims with those of medieval Europe, alleging that if Muslims in the US are not stopped, we too will have to change our name like Constantinople.

Marvin Scott for House: Scott ran against Muslim Andre Carson for a House seat and used Carson’s faith as a campaign tool. Scott stated on his website that “Radical elements of Islam are funding and building mosques across America.” While professing a love for freedom of religion, he said that “I passionately defend his [Carson’s] right to become a Muslim… What they do not have the right to do is to replace American law with extremist Muslim Sharia law.” To Scott, apparently, there is no such thing as a moderate Muslim or one who doesn’t advocate Sharia law.

Sharron Angle for Senate: Angle thinks the Park51 organizers should move their mosque, and told an audience that “I keep hearing about Muslims wanting to take over the United States … on a TV program just last night, I saw that they are taking over a city in Michigan.” She also voiced concern about sharia law, which she seemed to think was being used widely in American courts in Dearborn, Michigan and Frankford, Texas (it’s not, and Frankford was incorporated into Dallas long ago).