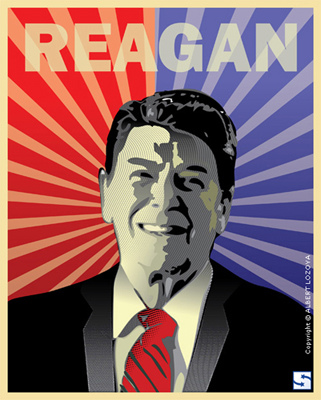 Looming large over the 111th Congress’ lame-duck session, which begins on Nov. 15, is the fate of the 2001 and 2003 Bush tax cuts. Prior to the midterm elections, Washington lawmakers punted on whether to extend the tax cuts or let them expire at year’s end, putting off a bitter partisan battle until election season had ended. Now, the Bush tax cuts are front and center again, popping up on several of Sunday’s news talk shows.

ABC’s “The Week” with Christiane Amanpour featured the most interesting debate on the tax cuts, where Rep. Mike Pence, the number three Republican (R-Ind.) in the House, squared off against former Reagan budget guru David Stockman. Despite having worked for one of the most tax-hating presidencies in history, Stockman’s position the Bush cuts is a curious one. He opposes extending the cuts, arguing that doing so would essentially bankrupt the country. A conservative Republican, Stockman told NPR this summer that “You have to pay your bills; you can’t keep borrowing from the rest of the world at that magnitude, year after year after year. So in light of all of those facts, I say we can’t afford the Bush tax cuts.”

This forceful argument was on display again Sunday. While Pence claimed letting the cuts expire was “not fair” because “you would actually allow a tax increase on job creators,” Stockman replied by saying this:

Two years after the crisis on Wall Street, it has been announced that bonuses this year will be $144 billion—the highest in history. That’s who’s gonna get this tax cut on the top, you know, 2 percent of the population. They don’t need a tax cut. They don’t deserve it. And therefore, what we have to do is focus on Main Street.

Here’s the video of it, via ThinkProgress‘ Faiz Shakir:

To be clear, Stockman isn’t singling out Wall Street or America’s monied elite. Whereas President Obama wants to let the cuts expire for the wealthy but remain for the 98 percent of households earning less than $250,000 for couples and $200,000 for individuals, Stockman has said he thinks the Bush tax cuts should end for all earners. To wit, from his NPR interview:

[GUY] RAZ: In other words, you’re saying he has to not just end the tax cut for the top 2 percent or 1 percent of Americans, but the middle-class, the so-called middle-class tax cuts as well.

Mr. STOCKMAN: Absolutely. The tax—the Bush tax cuts costs $300 billion a year: 100 billion to the top 2 percent, 200 billion to the middle-class. So I ask the White House, why is a $175,000-a-year family going to be given a tax break that we can’t afford—a large tax reduction, tens of thousands of dollars a year? To me, it makes no sense.

Stockman, who’s called GOPers’ supply-side economic beliefs “utterly disingenuous,” is a voice of worth heeding as Congress prepares to lock horns on the issue. At the least, his arguments serve as a reminder that just because Republicans in Congress say one thing, that doesn’t mean all Republicans or conservatives are in lockstep.