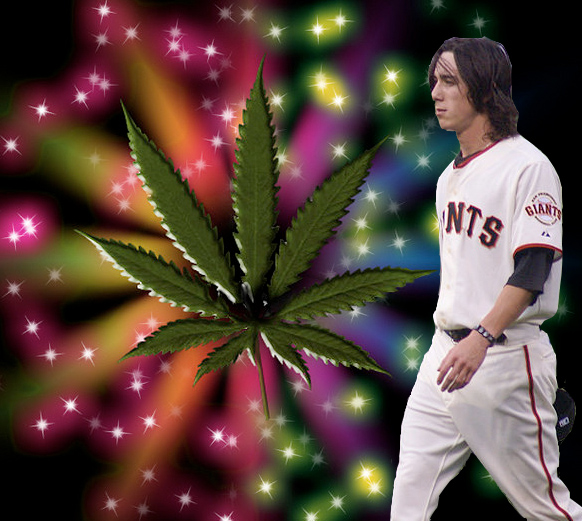 [UPDATE: Unless you were watching the riveting Colts-Texans game, you probably heard that yes, the Giants won the World Series and yes, there is some mattress-burning and mayhem around San Francisco’s AT&T Park and the Mission neighborhood. Whether or not this interferes with polling precincts tomorrow, or keeps some Bay Area voters home nursing hangovers, you can expect to see plenty of “San Francisco is Sodom with butane lighters” scaremongering on Fox News Channel tomorrow. Which brings up an interesting question: Could the bluest city’s baseball prowess not only dampen local voting, but motivate masses of frightened red-staters? MoJo will keep you posted as part of its comprehensive Tuesday election coverage.]

Could the voters of San Francisco—San Francisco!—screw over California’s pot-legalization initiative? Sure, it’s the town that gave us Haight, hippies, Beats, and Red America’s worst nightmares. But as Election Day hurtles in like a super-skunk high, marijuana-positive citizens may spurn the polls for a new San Francisco tradition: championship baseball.

Tuesday is the day of reckoning for Proposition 19, a ballot initiative that would make weed legal in the Golden State. And surprising though it may seem to their square relatives back East, Californians are not the weed freaks they’re purported to be: Recent polls have Prop 19 losing by a small margin. Voter turnout—in particular, among younger voters—will make all the difference.

Enter the San Francisco Giants and their magical playoff run. If ever there was a poster team for pot in pro-sports, this would be it. You’ve got star pitcher Timmy Lincecum (nickname: The Freak), one o’ them thar longhaired hippy kids who was arrested for dope possession in the offseason. (You can’t crawl across Market Street in downtown San Fran this postseason without seeing the T-shirt du jour, an orange job featuring Timmy’s mug with a pot leaf and the inscription: LET TIM SMOKE). You’ve got the epic on-air rantings of Dallas sportscaster Newy Scruggs, who was shocked, shocked! to find Giants fans blazing a jay by the bay before Game 1 of the World Series. Then there are the mad antics of Grecian Formula-chinned relief pitcher Brian “Fear the Beard” Wilson and his leather-clad anonymous buddy, The Machine. (For Wilson’s sake, we hope there’s some Mary Jane involved in his antics.)

In short, the youngs and the potheads love los Gigantes. And the Giants have returned the favor, smacking down a succession of favored teams to reach baseball’s October classic. They lead the World Series three games to one, over the straitlaced Texas Rangers (who had not one, but two, ex-presidents named Bush on hand to root for the Red State home team at Sunday night’s Game 4 in Arlington). They can win it all tonight with a big showing from Lincecum.

And if you’ve seen the Bay Area lately, you can see the problem: This region is nuts over its ballplayers, and every successive Giants flourish is met with cacophonous revelry. Should the team clinch a title tonight—or should they lose, and locals scurry to find tickets for a return of the series to the Bay Area—all hell will break loose, untold San Francisco brain cells will die, and Election Day hangovers will ensue. (Speaking as a lifelong baseball fan, who witnessed two World Series championships in South Florida and one in Philadelphia, I’ve never seen a town as frenzied about baseball as San Fran is right now.) In short, ain’t nobody gonna show up for work, much less the voting booth.

Is such a scenario far-fetched? Yes, according to the organizers of “Yes on 19,” the pro-pot group. Spokesman Tom Angell told me today that there’s no downside to a big sports fest around Election Day. “Research shows that when voters are excited, turnout increases,” he said. “And what could be more exciting for Bay Area sports fans than two huge victories in one week: bringing home a World Series championship and a win on Prop 19?”

Maybe. Maybe not. Here’s all I know: In a few short hours, we’ll know whether the Giants will be world champions, whether the “indo” will be allowed outdoors, and whether “Yes on 19” proponents are just blowing smoke.