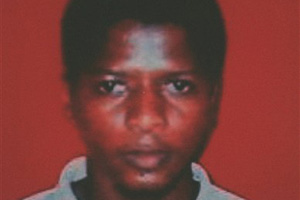 Read Karen Greenberg’s article on how national security concerns have put the American legal system at risk. Read her previous coverage of the Ghailani trial here.

The sun was beginning to set and the lawyers were packing their bags to go home Wednesday, the fifth day of jury deliberations in the trial of Ahmed Ghailani, the only Guantanamo detainee ever to have come to trial in a US court. But then the tall security guard who served as Judge Lewis Kaplan’s liaison to the jury entered the courtroom with a tell-tale sealed manila envelope. Fifteen minutes later, Ghailani and his attorneys took their seats at the defense table. The Manhattan courtroom was full for what felt like a curtain call as one by one the other players arrived: a gaggle of reporters, three rows of US attorneys, seven US Marshals lining the wall, the prosecution team, the defense team, the law clerks, and finally the defendant, wearing a white shirt and reddish tie.

Few doubted that this would be guilty verdict, likely on all counts. The faces of the defense team seemed to say, “Well, we knew this would have to happen sooner or later.” Ashen and reserved, defense counsel Peter Quijano kept his gaze on his client while his partner Anna Sideris patted Ghailani on the back. Prosecutors Michael Farbiarz, Harry Chernoff , Sean Buckley, and Nicholas Lewin waited just as quietly at the prosecution’s table.

Judge Lewis Kaplan opened the envelope with the charge sheet in it, read the verdict to himself, and then read it again. “There will be no outbursts,” he said, a statement that seemed odd given that there were no Ghailani family members present. The young foreman spoke from the raised jury box as Ghailani watched intently. Count one: not guilty. Count two, not guilty. By the time the foreman got to count four, the courtroom felt as if it had been transported to another galaxy. Count five: guilty. Counts six to 286: Not guilty. The words rang out over and over again, to no apparent reaction; far from outburst, it seemed as if no one had anything to say. By the end, the defendant stood convicted of one charge—conspiring to damage US property.

It fell to Judge Kaplan to restore some degree of normalcy. In a steady voice he thanked the jury, commended their patriotism and their hard work. Then he departed. The defense team rose as if in a daze while the prosecutors quietly slipped away to the foyer.

In the silence, it seemed as if the spell that has lain over the country for the past eight years had finally been broken. For the first time, the words “not guilty” had been uttered in a terrorism case where the evidence did not prove the charge beyond a reasonable doubt. For the first time, a jury had not been cowed by the notion that to be accused of terrorism is tantamount to being guilty.

In the hours since those astonishing 15 minutes, the verdict has set off a political maelstrom—a “tragedy” and a “disaster,” it’s been called. Never mind that Ghailani’s one-count conviction still carries a 20 years-to-life sentence. The truth is, the reluctance to try detainees in federal court was never about justice. It was about the fear of justice.

Many will want to contest this decision. The defense may insist that their client shouldn’t have been convicted at all. The prosecution may argue that had they been allowed to introduce evidence obtained through torture, they would have done better. But for now, we should see this as a victory—not just for civilian courts, but for the bravery and integrity of a group of Americans who did exactly what they were instructed to do. They weighed the evidence, they seriously considered the law as presented to them, and they decided on the merits. Their success at delivering this verdict is a first glimpse of light in what has been a long, dark tunnel for the rule of law.