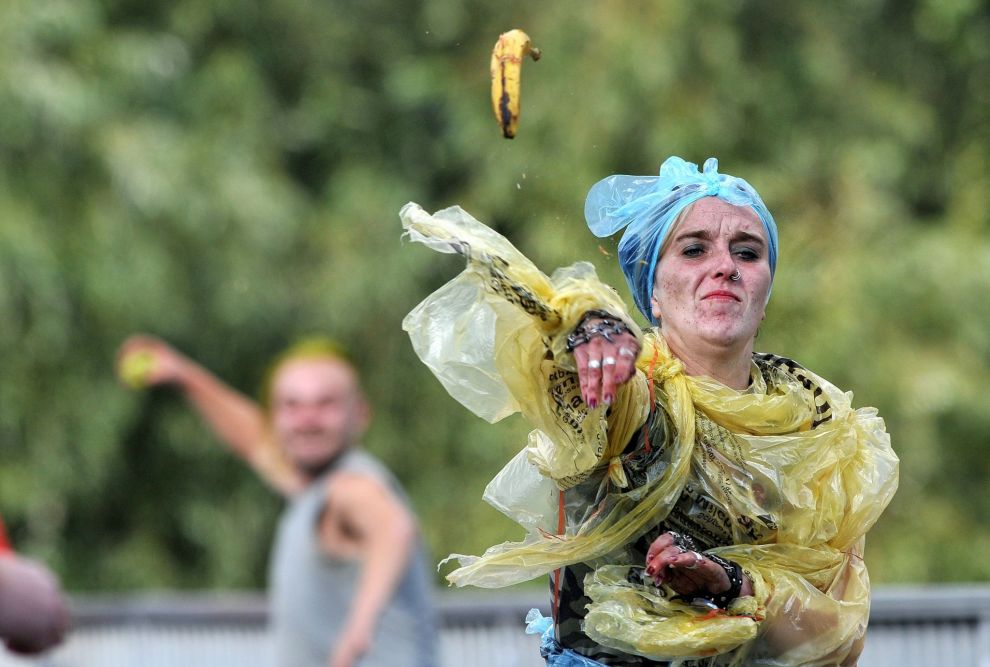 It will turn raw-milk producers and seed collectors into criminals and crush small farms under the heel of the federal government’s “food safety Gestapo”—at least, that’s what tea party activists have been saying about a bill the Senate is scheduled to vote on Tuesday morning. Now that the midterm elections are over, angry grassroots activists have moved on to fight “lame duck” session legislation that they find too intrusive, expensive, or both. Their latest target is the FDA Food Safety Modernization Act.

Driven by the recent rash of recalls—from E. coli-tainted cookie dough and spinach to peanut butter specked with salmonella—the bill would empower the Food and Drug Administration to inspect food production facilities and mandate recalls of contaminated food rather than relying on companies to recall tainted food on their own, among other things. The bipartisan bill isn’t perfect, but even foodie writer Michael Pollan, author of the Omnivore’s Dilemma, has urged its passage on the grounds that it represents the “best opportunity in a generation to improve the safety of the American food supply.”

Yet the Tea Party Patriots, one of the nation’s largest tea party umbrella groups, sent out an email recently urging members to “melt the phones” of congressional lawmakers to oppose the bill, comparing its provisions to the “dangerous intrusions” of the Transportation Security Administration. The email circulated a critique of the legislation drafted by the office of Sen. Tom Coburn (R-Okla.), who doesn’t think there’s anything wrong with the nation’s food supply. During debate on the bill earlier this month, he said, “We’ve got the safest food in the world because we have the best legal system in the world.”

Coburn takes issue with provisions in the bill that would provide federal funds to create standards governing produce production, as well as rules for how public schools deal with food allergies. Coburn chastises the bill’s drafters for failing to trust the free market and let businesses set such standards, even as he notes without irony that most of the big agricultural interests are supporting the bill. According to Coburn, these new burdensome regulations could “adversely impact small producers.” And of course, Coburn, who’s notorious for blocking bills on fiscal grounds, doesn’t like the legislation’s price tag: more than $1 billion over five years if it is fully funded.

Conservative activists have apparently rallied to the call, helping to ensure that passage of a bill that once seemed like a sure thing is far less certain. While the tea party’s interests often seem to coincide with corporate America’s—as in the health care debate—in this case big agriculture, the grocery store lobby, and the restaurant industry all firmly support the bill. Why? The food industry has found the recent rash of food-poisoning outbreaks to be extremely expensive and generally bad for business.

But Coburn and the tea partiers have found an unlikely group of allies in their fight against the bill: hippies. Or “granolas,” as food safety lawyer Bill Marler calls the organic farmers, locavores, health nuts, and artisanal cheesemakers who oppose the legislation. “The granolas come at it from a standpoint that they want to eat all natural foods, and drink raw milk because they believe it cures everything from autism to erectile dysfunction,” says Marler, who’s been involved in drafting the food bill for a decade. “Then you have the tea party involved not because they drink raw milk but because they don’t want the government involved in any aspect of their lives. It’s all about how the government is out to get their seeds.”

Indeed, earlier this month the Nashville-based Tea Party Nation, run by activist Judson Phillips, dubbed the bill “Obamacare for the food industry,” telling supporters that it would “create 17,000 new bureaucrats, who’s [sic] job is going to be to harass small farmers. It will create huge regulatory burdens for small family farms and even for those who want to grown their own food. This will choke out small farms. For those who like to buy their own healthy food, forget it. It will no longer be available.”

Fox host Glenn Beck has gotten on the bandwagon, helping whip up the frenzy—all while probably helping out one his few remaining advertisers, the Survival Seed Bank, a company that claims to sell “super seeds,” grown by independent farmers, that will provide all the “survival” food your family might ever need. He devoted an episode of his radio show to the food safety bill recently, calling it the “farm bill.” After weighing in on the new regulations, he observed, “Oh, this Death Star is fully operational.” Like Coburn, Beck claimed that the US has the world’s safest food. He said, “Show me the country that has a safer food supply than us, can you, please? Who has a safer food supply? Is it Sweden? You know what? When we reduce the population of America down to the size of Sweden, we’ll get a band of really hot blonds, call them Abba and we can emulate their food supply as well.” On his Monday night TV show, Beck urged viewers to call their members of Congress to oppose the bill, arguing that the measure would vastly increase food prices. “If they control your food, they control you…This is about control, and in the end, starvation,” he warned.

If passed into law, S.510 will become the Patriot Act of the food industry, turning raw milk producers into felons and small organic farmers into “seed smugglers.” It will all but ensure the demise of small, local farmers and thereby hand a government-protected monopoly to the large industrial farmers who use GMOs [genetically modified organisms], chemical pesticides and cruel, inhumane practices throughout their factory animal farms.

It will destroy small dairy farmers and devastate family food producers. And while it’s doing all this, it will also give the FDA — the most dangerous federal agency in the history of our nation — the power to regulate what you grow, what you harvest, what seeds you save and what paperwork you must file in order to comply with Big Brother’s food schemes. It will give the FDA the right to conduct surprise inspections of your greenhouse, to seize your plants and to arrest you as a common criminal merely for milking a cow and offering that fresh milk for sale to a neighbor.

The food safety bill is one of those strange issues where the alternative health left and the survivalist right find common cause. Whether this odd coalition of tea partiers and organic foodies has any hope of derailing the bill is unclear. An amendment recently added to the Senate bill sponsored by Democratic Montana Sen. John Tester (an organic farmer himself) was designed to address concerns about the bill’s impact on small farms, many of which would be exempt from the new FDA oversight. That measure appeased some of the organic farming critics—but not the tea partiers, apparently. Marler says the Democrats had the votes to pass the bill two years ago but simply failed to get to it amid other priorities. A similar bill has already passed the House. On Monday night, the Senate passed a cloture vote by a wide margin that paved the way for a vote on the bill Tuesday morning. If the Senate passes the bill this week, it must still be reconciled with the House bill. But if it clears the Senate hurdle, it’s likely to make it to Obama’s desk this year. Otherwise, Marler predicts that if the bill doesn’t pass before Christmas, “You won’t get it for a decade unless some congressman’s grandkid dies” from from food poisoning.