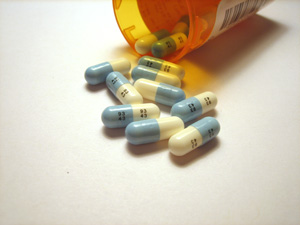 According to a recent study (PDF) by the American College Counseling Association, today’s college kids have a bit more on their plates than the easygoing, hard-partying John Belushi archetypes of yesteryear: Nearly half of college students visiting school counseling centers today have what qualifies as a “severe psychological disorder,” about twice the percentage of students that did so 10 years ago. The most common disorders counselors see are depression, anxiety, suicidal thoughts, alcohol abuse, attention disorders, self-injury, and eating disorders.

Over at The New York Times, a spotlight on the overwhelmed counselors at Stony Brook University’s student health center reveals a facility woefully underequipped to treat the number of students suffering from serious mental illness or having suicidal thoughts. According to the Times, the center is representative of many across the U.S. “whose staffs, on average, have not grown in proportion to student enrollment in 15 years.”

What’s behind the apparent increase in mental illness to begin with? As per usual with these kinds of statistics, it’s a number of factors:

Experts say the trend is partly linked to effective psychotropic drugs (Wellbutrin for depression, Adderall for attention disorder, Abilify for bipolar disorder) that have allowed students to attend college who otherwise might not have functioned in a campus setting. There is also greater awareness of traumas scarcely recognized a generation ago and a willingness to seek help for those problems, including bulimia, self-cutting and childhood sexual abuse.

Obviously, there are countless other variables. Take, for example, the fact that the years most people spend in college coincide with the ages at which many mental illnesses, like schizophrenia, first manifest outward symptoms. But I do find it interesting to see young adults so thoroughly singled out in a discussion of mental illness and why it occurs—as though “young people,” as a demographic, are depressed and anxious for reasons that are vastly different from those affecting the rest of the depressed, anxious American populace. Young adults definitely aren’t immune from external factors like the current gloomy economic climate, which experts concur can be linked to rising suicide rates. (No, a recession isn’t any easier to swallow when you’re staring down college loan repayments that will only ease up if you die.) And over at Wired, Jonah Lehrer’s thoughtful piece on the benefits of talk therapy cites a survey published in the Archives of General Psychiatry that suggests the percentage of Americans being treated for depression increased by more than 20 percent between 1998 and 2007.

Certainly, university health centers are good focal points for documenting trends in diagnosis and treatment, and one can only hope the American College Counseling Association study helps bring much-needed help to understaffed crisis centers and the like. Keeping an honest discussion going about the reality and prevalence of mental illness—across all demographics, not just “educated kids today”—would be another step in the right direction.