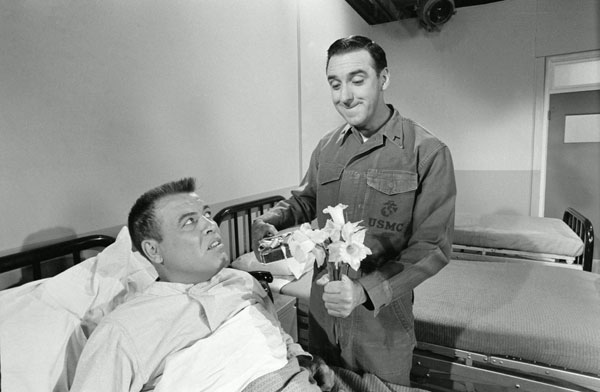 Well, it’s happened. The sky has fallen, the enemy has broken through the gates, and the empire’s vast, gritty disintegration has begun: Some dude in some National Guard unit has vowed to leave the service, rather than work alongside the gays. Check out the text of his resignation letter below, after the jump.

According to a story called “The Gaying of America” on World Net Daily—the bastion of right-wing watchdog journalism that gave you birtherism—comes this revelation: “President Obama’s repeal of the ‘Don’t Ask, Don’t Tell’ policy is already damaging the U.S. military.” The evidence? A lieutenant colonel who doesn’t want to be named, serving in an Army National Guard battalion in a state that wasn’t identified, has tendered his resignation over the repeal of Don’t Ask, Don’t Tell. And he says he knows of other officers who plan to follow suit. Clearly, all is lost. We might as well roll the tanks out of Baghdad and Afghanistan now and help the Taliban get on with their socialist community organizing or whatever:

The resigning soldier (let’s call him “Braveheart”) writes, without any hint of irony, that he must commit this act of disobedience in order to preserve the great military virtue of obedience:

“When you start trying to attract people who are so self-centered that they put living their lifestyle out in the open above the needs of their country and national defense, then you have a really dangerous combination.”

Notwithstanding Braveheart’s brave, principled stand for his retirement pension, he—and WND—would have us believe that the DADT repeal will spur a mass exodus of other righteous vets who can stand enemy fire, desert heat, and working with explosives, but don’t want to catch the gay:

“Very few soldiers are fine with open homosexuals in the service,” said the officer. “I cannot believe the numbers jibe with what was published in the previous survey,” referring to a study commissioned by the Pentagon to assess whether the military could safely repeal DADT.

“I did not give up my constitutional rights and freedom of religion when I joined the military. I don’t believe in subjecting myself to all of the behavior modification and sensitivity training. They’re going to try to push the position that this is an acceptable lifestyle.”

I don’t know who this officer is, or if he even exists. But if he does, someone should explain to him how the Uniform Code of Military Justice doesn’t always afford soldiers the same rights civilians enjoy under the Constitution. And if he has sympathizers in the military, perhaps we should be willing to trade their national service for that of Dan Choi, Katie Miller, and Victor Fehrenbach—all top-performing service members of proven character whose military careers are on hold because of their sexual orientation.

“The battlefield has its own values, starting with courage,” one recent war vet wrote in the New York Times in 2009. “Sexual orientation falls somewhere below musical taste.” If Lt. Colonel Braveheart and his ilk want to put their poor taste ahead of their sense of courage, aren’t we better off without them driving our jets, submarines, and battalions?

Judge for yourself. Here’s what the incognito colonel told his superiors:

Subject: Request for Relief from Command due to Personal Moral Conflict with New Homosexual Policy