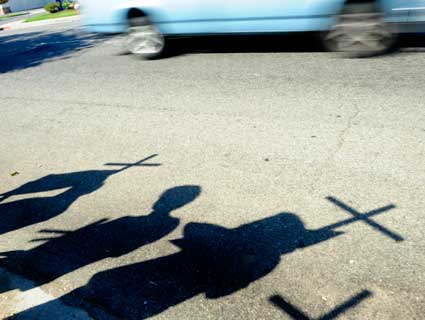 Last week, the GOP backed down from its attempt to limit the definition of rape under federal abortion law. But hold your applause: While the Republican leadership was removing the controversial “forcible rape” provision from the “No Taxpayer Funding for Abortion Act,” Rep. Joe Pitts (R-Pa.) was busy slipping a provision into a related bill, the “Protect Life Act,” that could prove just as controversial.

Supporters of abortion rights say Pitts’ latest effort would allow doctors and hospitals to refuse to perform any abortion, even one that was needed to save the life of a pregnant woman. A Pitts spokesman told Talking Points Memo on Friday that the bill simply clarifies existing law and suggested that the new measure does not go beyond current law. (That’s the same claim that defenders of the “forcible rape” language made before ultimately scrapping it.) But contrary to Pitts’ attempt to downplay the new provision, a close look shows that it may change what hospitals are required to do in the very rare cases when an abortion is needed to save a woman’s life—and the provision itself may even be unconstitutional.

As it stands right now, a pregnant woman with a life-threatening condition cannot be turned away by a hospital, even if her condition requires a doctor to abort her child. A federal law, the Emergency Medical Treatment and Labor Act (EMTALA), requires hospitals that receive federal funds (almost all of them do) to provide you with emergency treatment or transfer you to a hospital that can. Pitts’ provision would trump that law, allowing a doctor to not only deny an abortion to a dying pregnant woman but to also refuse to transfer that woman to a place where she might be able to receive an abortion. In fact, the hospital would not be required to do anything at all.

Pitts’ office did not respond to requests for further comment on his legislation. But supporters say the provision, added last Thursday, is intended to protect doctors who oppose abortion from government “discrimination.” Opponents of abortion rights have long fought for federal laws, called “conscience protections,” that allow various medical practitioners and care providers to refuse to deal with abortions. But those rules have not generally dealt with situations in which a woman’s life is in danger.

Gerard Nadal, a biology professor and columnist at the pro-life-leaning Center for Morality in Public Life, doesn’t see why critics are getting so upset at the idea of a doctor being able to turn away a pregnant woman seeking an abortion. “The issue of the life of the mother is such a rare occurrence, that even if a person was faced with that circumstance, a doctor is usually upfront about telling a woman he doesn’t perform abortions,” says Nadal. “A woman or a woman’s partner will have no trouble finding a doctor who is willing to do an abortion; they’re all over this country.”

Richard Doerflinger, associate director of the pro-life activities branch of the US Conference of Catholic Bishops, argues that federal law has long protected doctors from having to perform abortions, even in the case of emergencies. “All the conscience laws that have ever been put into federal law have covered protection of conscience rights in all circumstances,” Doerflinger argues, referring to laws that prevent doctors and hospitals from losing federal funding for refusing to provide abortions.

If Pitts gets his way, the government would never be able to hold hospitals or doctors liable if they refuse to carry out an abortion—even one that saves the life of a pregnant woman—because of moral or religious qualms. The measure would also ensure that hospitals would not be required to provide training on abortion procedures to their staff. That would mean that even if a hospital was willing to perform an abortion to save a woman’s life, it might not be able to find a doctor on staff who knew how to do it.

If it ever becomes law (which is unlikely while Barack Obama is still in the White House), Pitts’ bill could ultimately be deemed unconstitutional. “If a woman shows up at a hospital needing an abortion to save her life, the hospital should do that,” explains David Faigman, a law professor at the University of California-Hastings who evaluated whether the bill would hold up in the courts. “As a constitutional matter, to create a federal bill that would allow hospitals not to do that is unconstitutional under precedent.”

Pitts’ provision has enraged supporters of abortion rights. The progressive website LeftAction.com has started a petition to call on members of Congress to oppose the proposal, claiming that for every signature it gets, it will deliver an actual nut to Pitts to “show just how nuts” they think he is. “It goes far beyond current law,” Tait Sye, a spokesman for Planned Parenthood Foundation of America, told Mother Jones. “It’s taking away a basic protection for women who need life-saving treatment.”

Pitts’ bold move may have been catalyzed by a recent controversy at a Catholic hospital in Phoenix. In late December, Bishop Thomas Olmsted stripped St. Joseph’s Hospital of its official Catholic status because of an abortion performed there in 2009 on a woman suffering from pulmonary hypertension. The doctors who performed the procedure worried that both the woman and the fetus would die if the woman attempted to carry her pregnancy to term.

When St. Joseph’s learned of Bishop Olmsted’s outrage, the hospital commissioned a moral analysis (PDF) to see whether their decision to permit the abortion was justified. The ethical theology professor who evaluated the case, M. Therese Lysaught, wrote in a letter to the hospital (PDF) that the act in question “must accurately be described as saving the life of the mother” and that St. Joseph’s took “a morally correct course of action.” Olmsted removed St. Joseph’s Catholic status anyway.

According to Donna Crane, the Policy Director for NARAL Pro-Choice America, the St. Joseph’s controversy is just the latest example of the Church trying to sidestep federal law when dealing with emergency abortions. “EMTALA’s something the Catholic hierarchy has been after for years,” Crane says. But the case serves as a recent reminder of the controversy surrounding the issue, and could have provided impetus for Pitts to try and prevent the government from “discriminating” against doctors who want to avoid performing abortions—or transferring a patient to someone who will—at all costs.

“The question it does raise,” Crane says, “is who’s writing our legislation here: Is it members of Congress, or is it the Catholic bishops?”