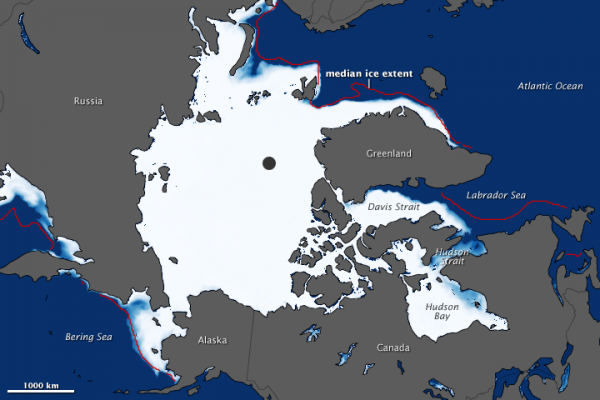 Credit: NASA.
Despite record cold in the US and Europe this winter, the Arctic has experienced unusual warmth. Sea ice has been slow to grow.
The red line in the image above shows the average January sea ice extent from 1979 through 2000. The white marks the average Arctic sea ice concentration for January 2011—the lowest measured extent since satellite record keeping began. 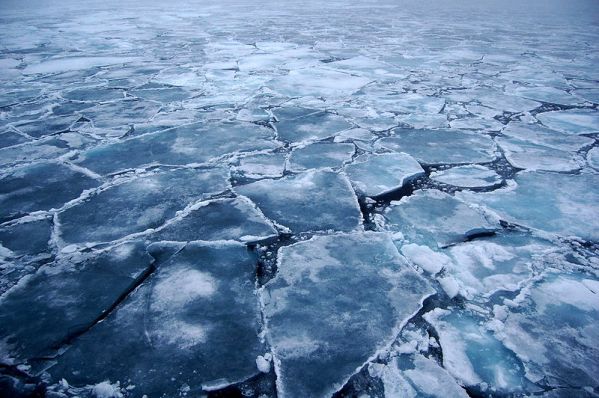 From the Earth Observatory page:

The National Snow and Ice Data Center [NSIDC] offered two possible explanations. One reason is the Arctic Oscillation (AO), a seesaw pattern of differences in atmospheric pressure. In “positive” mode, the AO includes high pressure over the mid-latitudes and low pressure over the Arctic, setting up wind patterns that trap cold air in the far North. In “negative” mode, air pressure isn’t quite as low over the Arctic and isn’t quite as high over the mid-latitudes. This enables cold air to creep south and relatively warm air to move north. 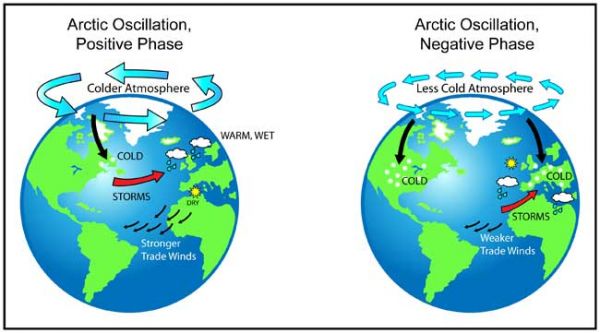 Another factor in the low Arctic sea ice extent could be that the areas of open ocean were still releasing heat to the atmosphere. Due to its bright appearance, sea ice reflects most of the Sun’s light and heat back into space. Dark ocean water, by contrast, absorbs most of that energy and reinforces the melting process. 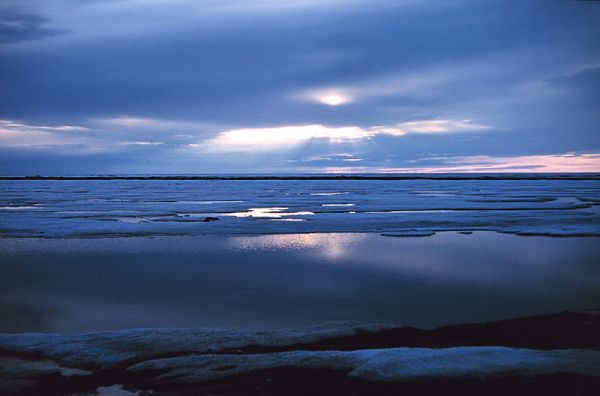 Photo by Rear Admiral Harley D. Nygren, NOAA Corps, ret., courtesy Wikimedia Commons.
NASA and the NSIDC report too that the the summer Arctic melt season is getting significantly longer:

This trio of images [below] shows changes between 1979 and 2007 in the average date of melt onset in the spring (left), the first autumn freeze (center), and the total average increase in the length of the Arctic sea ice melt season. The color scales show the trends in days per decade. Red indicates trends consistent with warming: earlier melt onset, later freezes, and longer total melt season. White indicates little or no change. The maps are based on satellite observations of microwave energy radiated from the ice. 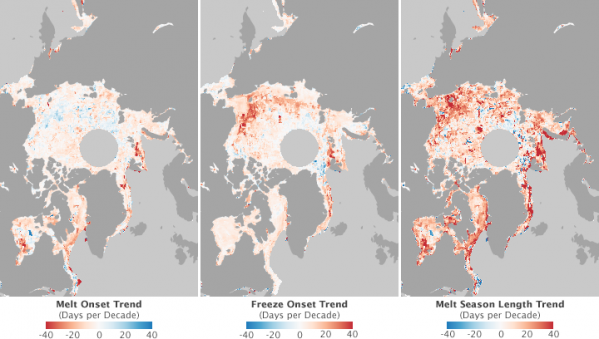 Credit: NASA.
Those summer and winter trends bode poorly for species dependent on sea ice. The new paper in Polar Biology that got a fair amount of press last week describes the effects in 2008 on one polar bear who made an epic iceless swim, lost nearly a quarter of her body weight, as well as her cub, to the meltwaters. Here’s the abstract:

Polar bears (Ursus maritimus) prefer to live on Arctic sea ice but may swim between ice floes or between sea ice and land. Although anecdotal observations suggest that polar bears are capable of swimming long distances, no data have been available to describe in detail long distance swimming events or the physiological and reproductive consequences of such behavior. Between an initial capture in late August and a recapture in late October 2008, a radio-collared adult female polar bear in the Beaufort Sea made a continuous swim of 687 km [427 miles] over 9 days and then intermittently swam and walked on the sea ice surface an additional 1,800 km [1,118 miles]. Measures of movement rate, hourly activity, and subcutaneous and external temperature revealed distinct profiles of swimming and walking. Between captures, this polar bear lost 22% of her body mass and her yearling cub. The extraordinary long distance swimming ability of polar bears, which we confirm here, may help them cope with reduced Arctic sea ice. Our observation, however, indicates that long distance swimming in Arctic waters, and travel over deep water pack ice, may result in high energetic costs and compromise reproductive fitness. 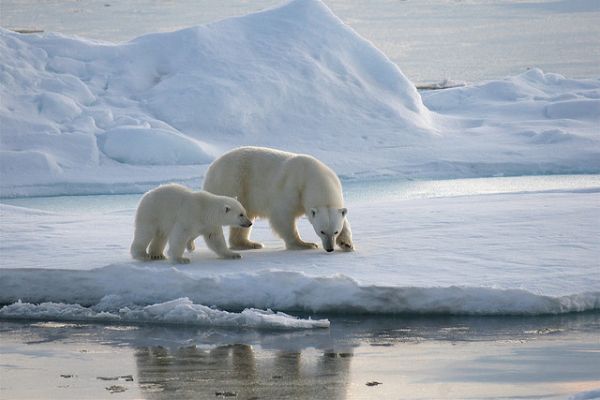