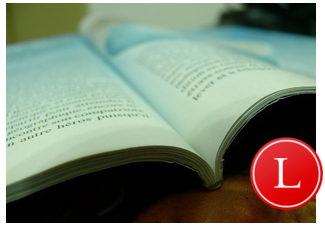 Most shared story of the week. Writer-director Paul Haggis’s decision to leave the Church of Scientology sets up an exhaustively reported piece (complete with five New Yorker fact-checkers) on the origins of the church, the cultivation of its celebrity following, abuse allegations involving Scientology leader David Miscavige, church defections and the war record of its founder, L. Ron Hubbard. As Wright notes, “Hubbard wrote that he had been injured in battle and had healed himself, using techniques that became the foundation of Scientology.” The story (spoiler alert) culminates in Wright’s questioning of Scientology spokesman Tommy Davis about documents showing that Hubbard was never injured:

“His voice filling with emotion, he said that, if it was true that Hubbard had not been injured, then ‘the injuries that he handled by the use of Dianetics procedures were never handled, because they were injuries that never existed; therefore, Dianetics is based on a lie; therefore, Scientology is based on a lie.’ He concluded, ‘The fact of the matter is that Mr. Hubbard was a war hero.'”

See also: NPR’s Fresh Air interview (transcript) with Lawrence Wright, who reveals more about the in-person showdown between representatives of the Church of Scientology and The New Yorker. In the words of many Longreaders this week, it’s “movie material.”

One of two stories this week examining the lives of retired NFL stars. For those who remember the 1985 Chicago Bears and the Super Bowl Shuffle, this one’s heartbreaking: William “the Refrigerator” Perry continues to battle alcoholism and health problems after leaving the game. He stunned former teammates when he arrived at a 2009 autograph session being pushed in a wheelchair, frail and nearly unable to sign his name:

“By November 2010, all the bad habits, all the excuses and all of William’s old demons were back.

“He was drinking beer again; not an excessive amount, but enough to manage his cravings.

“In November, the Bears organization staged its 25th anniversary reunion of the ’85 team, and planned a raucous weekend in Chicago. The Fridge didn’t attend, and when asked why, he says, ‘I didn’t even know of the anniversary.'”

South African kayaker Hendrik Coetzee, who led a historic source-to-sea expedition on the Nile in 2004, had planned one last adventure before calling it a career: a trip along the tributaries of the upper Congo River with two American kayakers, Ben Stookesberry and Chris Korbulic. The trio misjudged the dangers:

The general rule in Africa is that alpha predators are still no match for men with guns, meaning that crocodiles and other monsters are at their most menacing in protected areas, where they can’t be shot. For this reason, the team took particular care in Murchison Falls National Park, which is notorious for its aggressive animals. But on the Lukuga River, which is sporadically settled, ‘wildlife was never really one of our primary concerns,’ says Stookesberry.

“What the team didn’t realize was that years of bloody skirmishes in the region had likely boosted the Lukuga’s crocodile population. Many of the bodies of the estimated 5.4 million killed during 15 years of fighting have been dumped into rivers, where the reptiles developed a taste for human flesh and grew to enormous sizes relative to the waterways.”

More from Outside: In a House by the River (Megan Michelson, January 2011)

Second most-shared story of the week: A worthwhile recap—even if you’ve never watched the show—of the making (and cancellation) of the short-lived Starz TV comedy “Party Down.” Reflections from the stars (Adam Scott, Jane Lynch, Lizzy Caplan), creators Rob Thomas, Paul Rudd and Dan Etheridge, and director Fred Savage, about the origins of the series, the actors’ favorite moments, and what the Starz network execs wanted from them:

“By all accounts from the cast and crew, Starz was a supportive, hands-off partner and allowed the show to operate without being noted to death. The network pushed for only one thing: adult content.

See also: Getting Made The Scorsese Way: The Oral History of “GoodFellas” (GQ, October 2010)

“I ask if being in New York is any better, since New Yorkers tend to be more open about their psychological pain than most people, discussing their drug dosages at dinner parties.

“He gives me a pained, strained look that makes me realize how foolish—how cavalier and beside the point—this question is. ‘Yeah,’ he finally says. ‘But it’s getting into the dinner party that’s hard. That’s not going to happen. I was very outgoing before. Now I keep to myself.'”