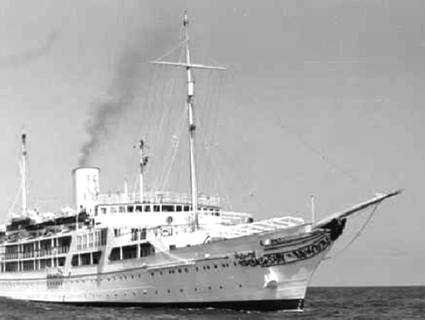 As Hosni Mubarak clings to CEDES! power in Cairo and the US figures out what to do with its Middle East ally, critics all over the world are looking askance at America’s estimated $1.3 billion in annual military aid to Egypt. ProPublica blogger and MJ alum Marian Wang recently laid out how US aid gets distributed—and who benefits from it the most—in the region. But besides some fancy tanks and attack jets, what’s it buy, exactly? Well, among other things, it purchased some Freedom. That’s the name of the Egyptian presidential yacht—a storied steamer that Hosni Mubarak reportedly takes out just a few times a year, and that’s so big it dwarfs the gauche ocean cruisers of every US billionaire, from Larry Ellison and Paul Allen to Steve Forbes and the Gettys. And according to US military investigators, money from Congress keeps Mubarak’s Freedom ship chugging along.

Built in 1865 by another Western power as a gift for another Egyptian ruler (in this case, the United Kingdom and the Khedive Ismail), the Freedom (Al-Horria in Arabic) ranks as the fifth-largest personal yacht in the world at 478 feet long. In 1999, the US Navy gave approval for a chunk of the congressional military aid to buy Egypt a bigtime Freedom upgrade. The cash had been part of a larger US Naval Sea Systems Command (NAVSEA) fund, meant to buy and maintain old American frigates for Egypt’s modest fleet. But the Freedom works rankled at least one official involved with the deal, who tipped off the Department of Defense’s inspector general. The DOD’s investigators published their findings in a 2003 report (PDF):

The DOD concluded that expenses might have run even higher, because “NAVSEA included the work on the Presidential Yacht with other non-specific expenses. Work descriptions were often ambiguous, and additional work may have been completed outside our review period.” Yet investigators ultimately concluded there was no wrongdoing: “While work on the Presidential Yacht appears to fall outside the overall intent of FMF and the Contract, those actions are not directly prohibited.”

Why not? Because according to Mubarak’s government, Freedom isn’t his private property: It’s a “training vessel” operated by the Egyptian navy, and US workers justified the expense as “an opportunity to provide on-the-job training to three Egyptian workers.” Not everyone was convinced. “Navy officials who saw the ship identified it as a museum piece and a pleasure boat of state used mainly for Presidential parties,” the DOD investigation reported. Nevertheless, given the centrality of America’s strategic relationship with Egypt and Mubarak, the matter was dropped, and aid went on without interruption.

The amount spent on overhauling Freedom represented a mere 1/20th of 1 percent of the US’s annual defense budget to Egypt. By itself, $650,000 seems inconsequential. But given wide reports that Mubarak and his allies have profited directly from a variety of state enterprises, it does make one wonder: What exactly did the DOD’s US’s other $1,299,350,000 buy?