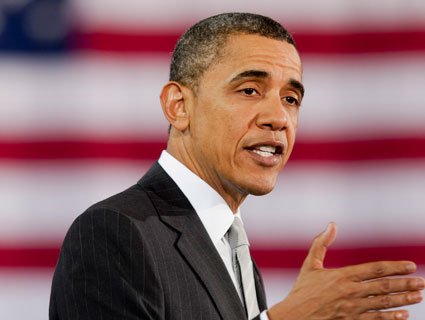 With a nuclear emergency under way in Japan, nuclear power advocates in the United States have lost one of their key talking points. And that includes President Barack Obama.

Speaking at a town hall meeting in October 2009, Obama specifically cited Japan as a model for America’s nuclear renaissance. “There’s no reason why, technologically, we can’t employ nuclear energy in a safe and effective way,” Obama said. “Japan does it and France does it, and it doesn’t have greenhouse gas emissions, so it would be stupid for us not to do that in a much more effective way.”

Nuclear power is part of the “clean energy standard” that Obama outlined in his State of the Union speech in January. And in the 2011 budget, the administration called for a three-fold increase in federal loan guarantees for new nuclear power plants, from the $18.5 billion that Congress has already approved to $54.5 billion. “We are aggressively pursuing nuclear energy,” said Energy Secretary Steven Chu in February 2010 as he unveiled the budget.

The administration isn’t backing off its support for nuclear, despite the unfolding nuclear crisis in Japan. In Monday’s White House press briefing, press secretary Jay Carney said that nuclear energy “remains a part of the president’s overall energy plan.”

Obama is far from alone in touting Japan’s nuclear industry in order to sell nuclear power in the US. Sen. Lamar Alexander (R-Tenn.), who has called for 100 new nuclear plants to be built in the nation over the next two decades, praised Japan’s use of nuclear power during a 2009 congressional hearing. Nuclear proponent Sen. Kay Bailey Hutchison (R-Texas) has also promoted Japan as nuclear energy pioneer. In a letter to fellow lawmakers in May 2009, she wrote: “…Asian countries like Japan, have developed nuclear plants as a safe and cost effective source of power over the last three decades.”

Last February, Rep. Doc Hastings (R-Wash.), now the chairman of the House natural resources committee, also hailed Japan as an example for the US to follow.

Around the world, nations like France, Britain and Japan have relied on nuclear power for a large percentage of their energy for many years. They are the beneficiaries of reliable and safe energy to heat their homes and run their economy. The opposition to embracing new nuclear in the United States isn’t driven by science – it’s driven by politics.

The situation in Japan, where the Fukushima Daiichi Nuclear Power Station is at risk of a meltdown and three other plants are also experiencing problems, will certainly make it harder for nuclear energy advocates, including the president and his aides, to assert that this is a safe option. Chu and Nuclear Regulatory Commission Chair Greg Jaczko are slated to appear before the House energy and commerce committee on Wednesday to discuss the president’s budget plan, and the expansion of the nuclear loan guarantee program is certain to be a focal point. Presumably, they won’t be touting Japan’s nuclear program.