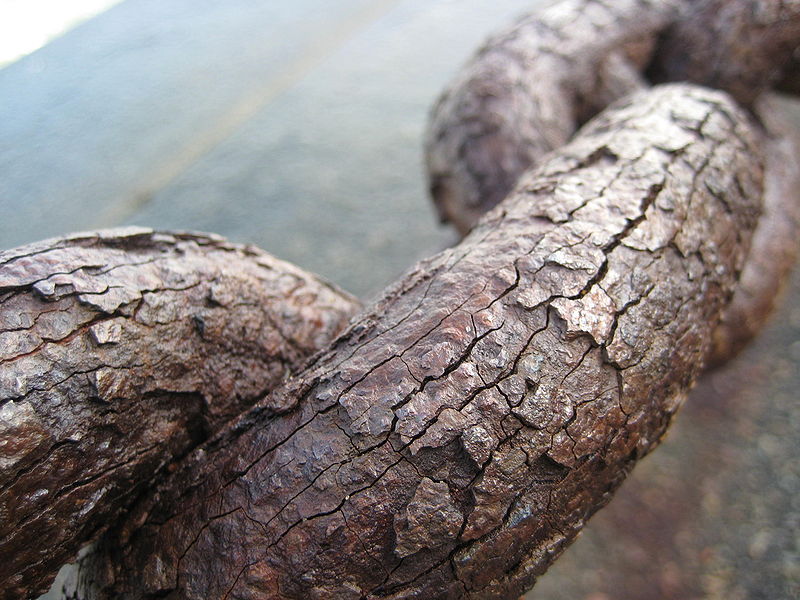 As MoJo’s Kate Sheppard and Josh Harkinson write, bad things seem to be happening at the reactor number 3 of the Fukushima I Plant, including the possibility of a core breach. Reactor 3 is the one that uses a mixed-oxide, or MOX, fuel made in part with highly carcinogenic plutonium.

There’s also the potential that the problem stems from the seawater being pumped in to cool the reactors and spent fuel rods. The saltwater is at least partially vaporizing in the process, leaving behind salt encrustations. Anyone who’s ever worked on a boat at sea knows firsthand the unbelievable power of saltwater to corrode anything and everything, particularly metal, including stainless steel.

The New York Times reports that a former chief safety researcher at General Electric when the company installed Fukushima’s boiling-water reactors estimates that 57,000 pounds of salt have accumulated in Reactor No. 1 and 99,000 pounds apiece in Reactors No. 2 and 3—and that was a couple of days ago.

[Salt] crusts insulate the rods from the water and allow them to heat up. If the crusts are thick enough, they can block water from circulating between the fuel rods. As the rods heat up, their zirconium cladding can rupture, which releases gaseous radioactive iodine inside and may even cause the uranium to melt and release much more radioactive material. 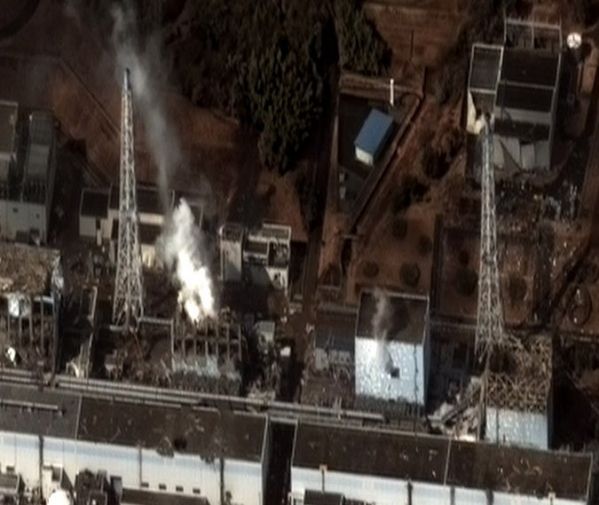 Another New York Times piece reports on how just how radioactive some of the waters in the plant have become, whether from a core breach or saltwater corrosion or both, unknown:

The National Institute of Radiological Sciences said that 3.9 million becquerels per square centimeter of radiation had been detected in the water that the three workers stepped in—10,000 times the level normally seen in coolant water at the plant. The injured workers’ dosimeters suggested exposure to 170 millisieverts of radiation. But the institute said that the actual amount of radiation the workers are thought to have been exposed to in the water is 2 to 6 sievert. Even 2 sievert is eight times the 250 millisievert annual exposure limit set for workers at Daiichi.

Austrian researchers have used a worldwide network of radiation detectors—designed to spot clandestine nuclear bomb tests—to show that iodine-131 is being released at daily levels 73 per cent of those seen after the 1986 disaster. The daily amount of caesium-137 released from Fukushima Daiichi is around 60 per cent of the amount released from Chernobyl. 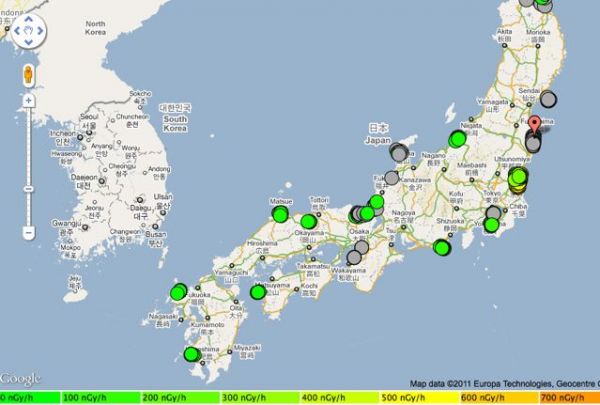 On the positive side, Daniel Clery writes in the current Science that newer reactors have benefited from greatly improved safety designs.

The Fukushima I reactors are very old reactor designs, direct copies of “the hairy edge of the first commercial plants in the U.S.” in the 1960s, says nuclear engineer Tony Roulstone of the University of Cambridge in the U.K. The new machines, using so-called Generation III+ designs, “have the benefit of 50 years of design evolution and operational practice,” Sherry says. Modern reactors have multiple layers of defense, use natural forces such as gravity and convection to move cooling water rather than rely on pumps, and employ automatic valves that kick in extra measures if necessary. Their manufacturers claim the reactors can be left for days and not overheat. “You can walk away from [such a reactor]. It’s designed to cope with decay heat,” Sherry says.

On the down side, the The Fukushima I reactors were no doubt the pinnacle of safety in their day and marketed as “foolproof.” Turn on your light and forget about it. 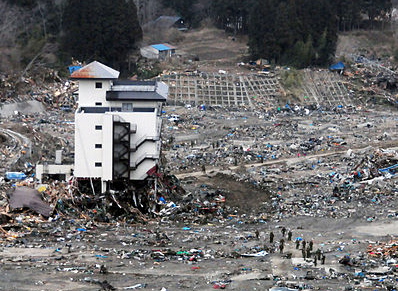 Then there’s the human corrosion factor: Safety will be compromised in the interest of profit. Especially over time, like rust. How many times do we have to process those data?

Plus, business is habitually resistant to the warnings of scientists. In Tokyo Electric Power Company’s case, they apparently ignored warnings from seismologist Yukinobu Okamura that the area is susceptible to far larger tsunamis than Fukushima I was built to withstand. New research proved it. Did TEPCO care? From the Financial Times:

Mr Okamura said he was angry that Tepco had not acted on the evidence that tsunamis in the area could be bigger than their designs had allowed for. “I don’t know if all the damage could have been prevented, even if they had responded immediately when I pointed this out, but I do think they should have responded,” he said.