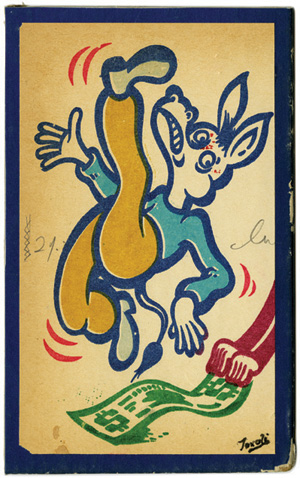 Illustration: Gary TaxaliWhen Wisconsin Gov. Scott Walker took on his state’s public-sector unions last January, it seemed to require no explanation. Republicans are sympathetic to corporate interests and opposed to organized labor, and challenging public-sector workers’ pay and benefits appeared to be just one more skirmish in a longstanding ideological battle.

But Walker went one crucial step further. He deliberately sparked a dangerous, months-long war by proposing to end the public-sector unions’ collective bargaining rights entirely. Why take that risk?

Here’s why: Politics in the United States is a game played on multiple levels, and ideology is only the first. Walker was playing on a second, deeper level, where the issues are secondary. Here, the goal is not so much to advance one party’s agenda, but to actively undermine the infrastructure that allows the opposing party to exist at all. And on this level, one of America’s two political parties routinely outplays the other: Defunding the left is a longtime goal of the smartest and savviest Republican strategists, and they’ve pursued it for decades.

The old-school version of this tactic began in the ’70s and ’80s with the right’s campaign to undermine private-sector unions, traditionally one of the Democratic Party’s biggest sources of funding and campaign support. In the early ’70s, a newly aggressive and politicized Chamber of Commerce, joined by newcomers like the Business Roundtable and a new breed of “union avoidance” consultants (PDF), took advantage of divisions on the left and the decline of manufacturing industries to block labor reforms and gut rules against union-busting. All this made it nearly impossible to organize new workplaces in the growing service sector, which led to unions’ long, steady decline: Since 1970, private-sector union membership has dropped from 29 percent of the workforce to less than 7 percent. And with that decline, the Democratic Party has lost a major source of its funding.

Organized labor wasn’t the right’s only target. In the late ’80s and early ’90s, Republican strategists approached the NAACP with offers of free mapping software to help them create majority-minority congressional districts that would be more likely to elect black and Hispanic members of Congress. But this tactic, dubbed “Project Ratfuck” by one of its chief architects, had nothing to do with increasing minority representation. Rather, it was designed to pack lots of liberal-leaning minority voters into a single district, leaving the surrounding districts as easy pickings for Republican challengers.

A similar dynamic fueled the tort-reform push of the mid-’90s. This one was a twofer: Tort-lawyer bashing had always been a reliable applause line for Republican politicians, but in 1994 conservative ur-strategist Grover Norquist pointed out that the big losers in tort reform are trial lawyers, and trial lawyers contribute huge amounts of money to the Democratic Party. “The political implications of defunding the trial lawyers would be staggering,” he wrote. After that, the tort-reform movement exploded.

The Brennan Center has been tracking the issue for years, and its conclusion is clear: Actual voter fraud is virtually nonexistent.

One of the prime obsessions of the conservative movement over the past decade has been passage of voter-ID laws at the state level (PDF). This is not because Republicans think citizens should have to identify themselves to government authorities and Democrats don’t. Nor is it because the United States has seen a wave of voter fraud recently. The Brennan Center for Justice has been tracking cases of electoral fraud diligently for years, and its conclusion is clear: Actual voter fraud is virtually nonexistent. In case after case where fraud has been alleged, the number of verified episodes amounts to no more than a tiny handful, typically less than one-thousandth of 1 percent of the votes cast.

This makes perfect sense. Retail voter fraud, in which someone tries to vote under a fake name, is hard to pull off and invites serious penalties. It’s almost inconceivable that anyone would try to do it on a large enough scale to swing an election. So why has voter fraud become a cause célèbre among conservatives? Here’s a clue: In 2007, a University of Washington study found that among whites, the middle-aged, and the middle income, about 90 percent of registered voters had access to a picture ID as required by a new voter law in Indiana (PDF). Among blacks, the young, and low-income residents, the number was just 80 percent. These are among the most loyal Democratic Party demographics in the country. A law that makes it harder for them to vote makes it harder for Democrats to win elections.

Yet the Supreme Court—even though it acknowledged that actual voter fraud is vanishingly rare (PDF)—upheld Indiana’s law in 2008. By 2009, a dozen states had introduced (PDF) new voter-ID laws, and conservatives had a second target in their crosshairs: ACORN, much of whose work involved running voter-registration drives targeting poor and minority citizens. ACORN had long been a bête noire of the right, and so when conservative activist Andrew Breitbart released James O’Keefe’s video sting purporting to show ACORN staffers advising a flamboyantly dressed pimp on how to run a child prostitution ring, the right-wing noise machine went ballistic. The videos turned out to have been deceptively edited (among other things, O’Keefe never wore his pimp costume when talking to ACORN), but the damage was done: A few ACORN staffers had indeed acted badly, Congress passed a law defunding the group, and ACORN disbanded. (O’Keefe has since moved on to attacking NPR; see “Pimps, Lies, and Videotape.”)

Despite Walker’s protestations, the Wisconsin fight had little to do with its budget and everything to do with crushing  a pillar of support for the Democrats.

Most recently, of course, a third target has appeared front and center in the battle to defund the left: public-sector unions, the only sector of organized labor still thriving. New Jersey governor and presidential almost-hopeful Chris Christie was one of the first to gain notoriety for taking them on, but by February, the spotlight had turned to Wisconsin.

That fight, despite Walker’s protestations, had almost nothing to do with the state’s budget deficit and everything to do with decimating a pillar of Democratic Party support. Longtime DC reporter Howard Fineman explained the raw math: Republicans had hoped to take away as many as 20 governorships from the Democrats in the 2010 elections, but in the end they only won 12. Why? “Well,” reports Fineman, “according to postgame analysis by GOP strategists, the power and money of public-employee unions was the reason. ‘We are never going to win most of these states until we can do something about those unions,’ one key operative said at a Washington dinner in November.”

In a similar vein, New York Times statistician Nate Silver analyzed recent election polls and concluded that even in their current emaciated state, union households overall voted Democratic in big enough numbers to add about two percentage points to Democratic vote totals in the 2008 election. And in terms of raw dollars, three public-sector unions (AFSCME and the two main teachers’ unions, the NEA and the AFT) were among the top five donors to Democratic candidates in the 2010 election cycle—and that doesn’t include individual union members.

“If we win this battle,” the leader of Wisconsin’s GOP-controlled Senate predicted, Obama is going to have a “much more difficult time getting elected and winning the state.”

Put it all together—the funds public-sector unions provide to Democrats, the votes they bring, and the doorbell-ringing and phone-banking they do—and it becomes obvious why Republicans want to cripple them. The Wisconsin Senate’s Republican majority leader made it crystal clear. “If we win this battle, and the money is not there under the auspices of the unions,” he said, “certainly what you’re going to find is President Obama is going to have a…much more difficult time getting elected and winning the state of Wisconsin.”

There’s nothing illegal about the right’s efforts to defund the left. As they say, politics ain’t beanbag. But the left is fighting with one hand tied behind its back if it doesn’t understand exactly what’s going on and doesn’t make sure that the public understands it, too. Unlike the fights over funding for NPR or Planned Parenthood, these aren’t just—or even mainly—fights over liberal versus conservative priorities or principles, regardless of how often the right likes to portray them that way. They’re really fights over raw, naked power, with Republicans trying to permanently tilt the political playing field and restore their Bush-era dream of a permanent majority.

Public opinion can change in these fights, as it eventually did in Wisconsin. But that happens only when the public understands just how ugly and partisan the battle actually is.