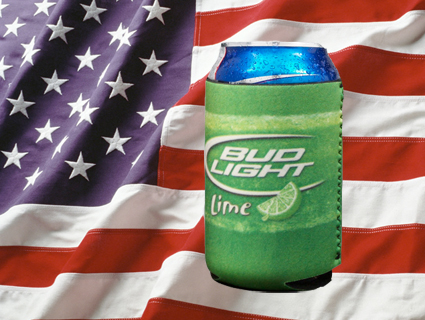 Nearly a year and untold taxpayer dollars later, the Department of Defense’s inspector general (DODIG) has finally released its findings (PDF) on the Rolling Stone-documented antics of Gen. Stanley McChrystal and his Afghanistan staffers. Their conclusion: Meh. Whatever.

McChrystal, you’ll recall, fell on his sword and was replaced in Afghanistan by Gen. David Petraeus after the “runaway general” was documented flipping subordinates the middle finger, drinking Bud Limes, and holding forth over a court of subordinates that called official functions “fucking gay” and badmouthed their seniors, from the US ambassador in Afghanistan up to Vice President Joe “Bite Me” Biden and President Obama. The military’s findings on l’affaire McChrystal came last week in the form of a short memo to Army investigators, quietly dropped on the DODIG’s website. In it, military inspectors write that “the evidence was insufficient to substantiate a violation of applicable DoD standards with respect to any of the incidents on which we focused…None of the matters we reviewed warrant further investigation.”

Interestingly, though, the report was written as a response to a much sterner (and as-yet unreleased) August 7, 2010, finding by the Army’s own investigators, who apparently concluded that “the preponderance of testimonial evidence” showed specific officers in McChrystal’s commands had, indeed, said some things they oughtn’t a-said.

The offending officers’ names, however, were redacted thusly in the DODIG’s report:

What wasn’t redacted by the DODIG: a rollicking bullet-point list of allegations against McC and his staffers, from middle fingers to the Biden and Obama disses. My personal fave was this explication of how calling something “fucking gay” is conduct appropriate to a military officer of senior rank, as long as the “fucking gay” thing is inchoate and not a Frenchman:

Anyway, we’re not sure what to make of all this. Rolling Stone‘s understanding of all things military hasn’t always been solid, and reporters like RS‘s Mike Hastings tend to confirm their hypotheses, regardless of the data they collect in the course of their reporting. But the magazine’s got solid leadership and fact-checking, so I don’t doubt that McC and company said what Rolling Stone said they said. And when the DODIG writes, “In some instances, we found no witness who acknowledged making or hearing the comments as reported,” it’s hardly surprising. After all, the main takeaway for military officers from this whole mess has been that candor is a career-killer. To expect voluntary forthrightness on these sorts of matters seems optimistic, at best. Sigh.