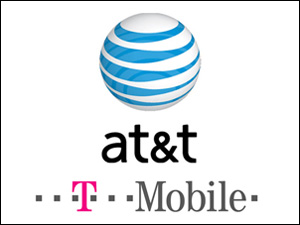 Four months after the Federal Communications Commission (FCC) supposedly settled the issue, the battle over Net Neutrality is still raging. If anything, it’s just beginning to heat up. On April 8, the Republican-controlled Congress resolved to repeal the FCC’s recent legislation surrounding Internet protections, and conservative activists are fighting tooth and nail to push back any apparent gains before they are realized. At the same time, media reform advocates say that the FCC’s December ruling on broadband policy did not go far enough in establishing consumer-friendly regulatory guidelines across both Internet and mobile platforms.

Meanwhile, the impact of the announced merger between AT&T and T-Mobile is still up for debate, and federal officials are raising anti-trust concerns against Google.

Last week, FCC Chairman Julius Genachowski met with mayors from the Bay Area in Oakland to tout a mobile apps contest (a partnership with the Knight Foundation) as a way to reduce the digital divide, which has left one-third of Americans without broadband access. Genachowski remarked that those facing digital exclusion were primarily immigrants, minorities, disabled people, and other underserved communities. However, as I reported for Oakland Local, the visit was perhaps more notable for what Genachowski didn’t say.

At the press conference I attended, Genachowski didn’t take any questions, so asking him about the omission of Net Neutrality provisions for wireless carriers wasn’t possible. Nor could I ask him about the upcoming threat posed to low-power TV stations by mobile TV, which could hit 20 US markets this year. Mobile TV could deprive low-power stations of critical bandwidth. Many of these stations reach diverse demographics that are underserved by network and mainstream cable television.

FCC Commissioner at NCMR: System ‘Out of Control’

The lack of a two-way discussion between the nation’s most powerful telecommunications official was disappointing, especially since numerous concerns remain over how the FCC will enforce media policy moving forward. As FCC Commissioner Michael Copps recently said at the National Conference for Media Reform, held April 8-10 in Boston: “just give us some sign that the FCC is putting the brakes on a system that is spinning dangerously out of control.”

Copps’ fiery speech was only one of many highlights at the NCMR, which was attended by thousands of people that are passionately interested in changing media. Some of the most inspiring moments included panels on music journalism and localism; comics as journalism’s future; race as a media issue; and how old-school journos are adapting to today’s new media world; and performance artist Sarah Jones inhabiting a range of different characters at the opening plenary.

Truthout’s Susie Cagle has an illustrated recap of NCMR here, and an archive of GRITtv’s segments from the conference is available here.

In a follow-up to an earlier story, Truthout’s Nadia Prupis writes about an April 8 resolution by Congress to repeal the FCC’s Net Neutrality regulations. The vote, which passed 240-179, was largely partisan, with only six Democrats crossing party lines to support it. Republicans characterized the FCC’s regulation of the Internet as a “power grab,” questioning the agency’s authority to establish guidelines for cyberspace.

But Democrats countered that the resolution “disables a free and open Internet” and is an attempt to stifle innovation in the tech sector, a charge which is disputed by right-wing nonprofits like FreedomWorks. As Prupis reports, however, that group has received funding from both Verizon and AT&T, and the telecommunications companies “stand to benefit if the law is overturned.”

Despite the partisan rhetoric, the vote was largely symbolic, as the Democratic-controlled Senate is not expected to endorse the resolution.

As Mother Jones‘ Stephanie Mencimer reports, Net Neutrality has also come under fire from the Tea Party. Mencimer points out the irony of such a stance, noting that while an open Internet allows “even the smallest, poorest tea party group… the potential to reach a large audience,” the right-wing activists “inexplicably equate net neutrality with Marxism.”

Tea Party spokesman and Virginia Senate candidate James Radtke is quoted as saying “Net neutrality is an innocuous sounding term for what is really media Marxism.” He goes on to call it “an ideological attempt by those on the left to control the greatest means for the distribution of information ever devised.”

Yet Mencimer points out that much of the netroots activism practiced by the Tea Party has relied on an open Internet, unrestricted by ideological content, which Net Neutrality is intended to protect.

“The tea party’s position on net neutrality,” she writes, “has seemed counterintuitive, given just how badly conservative activists could be screwed by the big cable and phone companies should net neutrality rules be repealed. The whole movement has been organized online, making the Internet’s level playing field a crucial element to its success.”

Khattak outlines the basic provisions of the merger and AT&T’s spin; according to the company, the deal could bring 4G LTE technology to 95 percent of the US population. He also speaks with several members of the ethnic press, who voice concerns that the deal might allow the telecommunications giant to “control the quality of services, such as by dictating the available applications, software or the amount of data they’d allow to be transferred.”

Another concern: the “arcane”, “jargon-ridden” tech-speak of media policy is difficult for immigrant populations to decipher.

Khattak also notes that Genachowski’s compromise on Net Neutrality suggests the FCC Chairman is “unlikely to take the hard line, pro-regulatory stance… expected of him” by ethnic media advocates.

Also in Truthout, Nadia Prupis reports that Google has come under scrutiny by the Federal Trade Commission (FTC) and the Department of Justice, which are considering launching an antitrust probe against the popular search engine.

As Prupis writes, “The DOJ recently approved Google’s $700 million deal with travel company ITA Software, but antitrust regulators are concerned that the acquisition may threaten competition in the travel information industry; specifically, the FTC is worried that Google could use the software to direct users to its own sites, depriving similar web sites such as Orbitz, Kayak and TripAdvisor of fair competition.”

The FTC’s interest in the case comes on the heels of DOJ’s antitrust division filing a civil lawsuit to block Google’s acquisition of ITA, citing concerns that airfare websites should have access to ITA’s software to keep competition “robust.” Though Google reportedly agreed to license that software to competitors, the FTC’s concern indicates that serious questions remain about Google’s potential to unfairly dominate the market, should the deal go through.

* A previous version of this post mistakenly referred to Jehangir Khattak as staff at the New American Media foundation. In fact, he writes for the New York Community Media Alliance.