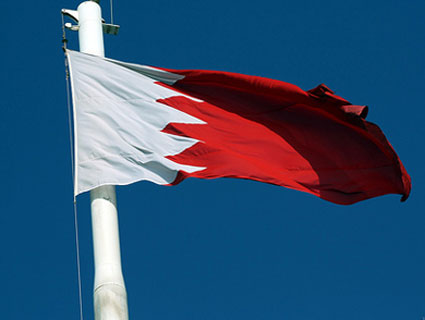 Since the onset of anti-government protests in Bahrain, the US has refrained from taking substantial steps to pressure the Bahraini government to stop its crackdown on protesters. That changed yesterday during a speech to the UN Human Rights Council, when Eileen Chamberlain Donahoe, US ambassador to the UNHRC, included Bahrain on the list of human rights offenders in need of the Council’s attention. Some of the other countries on the list: Iran, Burma, North Korea, and Zimbabwe. Donahoe told the UNHRC that Bahrain “has arbitrarily detained medical workers and others perceived as opponents.” She ended her comments on Bahrain by saying that the country must “follow through on its commitment to ensuring that those responsible for human rights abuses are held accountable.”

Donahoe’s statement comes on the heels of President Obama’s meeting with the Crown Prince of Bahrain last week in Washington, D.C. According to the White House, the two men had a “productive discussion.” Obama “reaffirmed the strong commitment of the United States to Bahrain,” and called on Bahrain to respect the opposition’s human rights. Whether publicly admonishing the Bahraini government will lead to any change or consequences for those who committed human rights offenses remains to be seen.

In recent days, the US has expanded its diplomatic efforts in Bahrain. The US sent Michael Posner, the Assistant Secretary of State, to push for talks between the government and the opposition. Posner said in a statement, “We remain concerned about the continued detention of a number of Bahrainis who have neither been charged nor tried, about the treatment of those people in detention, and about reports that some have been subjected to physical abuse during interrogations.” Toby Jones, Middle East historian and Bahrain expert at Rutgers University, sees a shift in the administration’s strategy. “It’s not insignificant and it’s certainly a change of direction on the part of the administration to send a high-profile figure to Bahrain. This could not have happened without the consent of both the Secretary of State and the President.” Adding, “but it’s not the same thing as saying very clearly in public that the US believes the regime needs to respond to the needs of protesters.”

While the US’s relations with Bahrain have been mostly diplomatic this year, several months before the protests they were more tangible. A recent State Department report claimed that the US sold more than $200 million in weapons and equipment to Bahrain several months before the protests began in February. Of that $200 million, $760,000 was for firearms. As the AP noted, the Bahraini government, “confronted demonstrators with cordons of armed military and police firing live ammunition.” Quite possibly the same ammunition the US sold them.

The situation in Bahrain continues to worsen: 47 doctors and nurses who helped treat protesters during the military crackdown are on military trial for supposedly stockpiling weapons; the government sentenced a 20-year-old woman to a year in prison for writing a protest poem; and the country announced it would be suing the British newspaper the Independent for libel after the publishing of Robert Fisk’s candid critique of the country. The degree of US involvement in Bahraini affairs will be important to watch. If human rights abuses continue, the US could be pressured to penalize the country with more than just public remarks, which could make things uncomfortable for Bahrain and the US’s common ally: Saudi Arabia, which provides approximately 13% of the US’s oil.