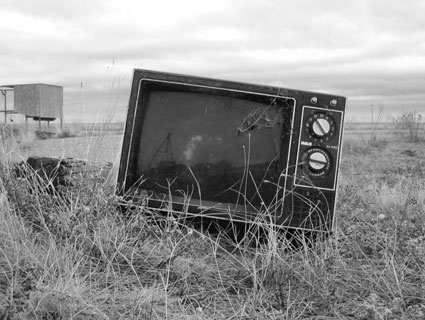 Local coverage and diversity are in short supply in today’s media landscape—especially when it comes to broadcast and cable TV. But there is hope. In markets like the San Francisco Bay Area and Los Angeles, Low Power TV (LPTV) has emerged as a viable alternative to network and cable TV, offering 24-hour programming and locally-produced news shows for ethnic communities in their own languages.

While LPTV offers incredible opportunities for ethnic communities, as I reported here and here for New America Media, these stations face considerable challenges, including an unfriendly regulatory landscape and the weighty influence of the big-bucks telecommunications industry, which just wants LPTV to go away so it can claim the full digital spectrum.

Moreover, the Federal Communications Commission (FCC) considers LPTV a secondary service with no legal protection from interference or displacement by broadcasters—which makes it difficult, if not impossible, for LPTV to thrive, since its future is uncertain.

Ironically, the very same FCC that is preventing LPTV from gaining a stronger foothold recently issued a report, titled “The Information Needs of Communities,” which lays out how localism has suffered from media consolidation. In her analysis of the FCC study, Truthout’s Nadia Prupis found that “Local journalism has not been able to keep up with a changing media landscape, leading to a significant drop in quality in-depth reporting.”

Futhermore, according to Free Press, a nonpartisan media advocacy group, “Across the country, hundreds of TV stations have quietly merged newsrooms, circumventing the Federal Communications Commission’s media ownership limits at the expense of independent, local journalism.” As noted in the FCC study, almost one-third of local news airing on full-power TV stations is actually produced by other stations. According to Free Press, there are nearly 80 markets “where these deals are in place, involving more than 200 stations.”

AlterNet’s Don Hazen spotlights products of the right-wing echo chamber—and how those messages impact public conversations. Hazen gives two examples: “The first message is: ‘We must raise the retirement age or the economy will collapse.’ And two: ‘Social security is bankrupt.’ These two statements have been repeated thousands of times in and on American media. Yet there is not one scintilla of evidence that either one is accurate. But they have lodged themselves into the mainstream of American thought, constantly repeated by corporate media, as if they are obvious truths.”

The men behind the curtain are the Koch brothers, conservative billionaires who have usurped America’s political agenda by using the media as an echo chamber—themes that are explored in a new documentary produced by Brave New Films.

State agencies are increasingly concerned about the potential harm the proposed AT&T/T-Mobile merger would wreak on consumers. As Public News Service’s Mark Scheerer writes, “In a filing with the Federal Communications Commission, New York’s Public Service Commission (PSC) has asked the government to ‘carefully evaluate’ whether it will harm the public interest by stifling competition.”

A PSC spokesman says this is a “significant” concern to the agency.

Less competition, Scheerer explains, “could lead to higher rates or a lack of incentive to improve wireless broadband service.” The article also notes that the merger is under investigation in three states, including New York.

AlterNet’s David Rosen and Bruce Kushnick analyze GLAADgate, which erupted after GLAAD’s president Jarrett Barrios was forced to resign after signing a statement of GLAAD’s support for the AT&T/T-Mobile deal with the FCC despite GLAAD’s board voicing opposition to the merger. After the statement was released, it was revealed that AT&T contributed $50,000 to GLAAD in what’s looking like a quid pro quo.

But that’s just the tip of the cash-for- shills iceberg. Rosen and Kushnick note that AT&T has leveraged more than 300 nonprofit groups, including “labor unions, trade associations, state and local politicians, and private corporations” into supporting the merger. These groups include the American Foundation for the Blind, National Conference of Black Mayors, National Puerto Rican Coalition, United States Hispanic Chamber of Commerce, The Communications Workers of America and the AFL-CIO. The NAACP, for instance, received over $1 million from AT&T in 2009 alone.

AT&T can do this because they have “deep pockets,” as Rosen and Kushnick explain:

In 2009, the AT&T Foundation doled out over $60 million to nonprofits and other causes. In addition, in 2010, AT&T paid out nearly $20 million to influence the political process and legislative decisions; it contributed $3.7 million to America’s two major political parties (56% to Republicans) and another $15.4 million to lobbying activities. During the first three months of 2011, AT&T spent $6.8 million on lobbyists and in to lawyers related to the T-Mobile deal.

But, Rosen and Kushnick write, a larger question remains: by taking AT&T’s cash, and then singing the company’s praises, are these organizations violating guidelines which state a tax-exempt entity “may not attempt to influence legislation as a substantial part of its activities”?

Social media network Facebook has been widely praised for its role in Arab Spring—the uprisings in Tunisia and Egypt that have brought political change to the Middle East—but it may be engaging in censorship in the United Kingdom.

As Mother Jones’ Nick Baumann reports, “Labor unions and student activists in the United Kingdom are organizing a massive strike of public workers to protest cuts planned by Prime Minister David Cameron’s Conservative-led government. They’re hoping to draw tens or even hundreds of thousands of supporters into the streets to join the workers in an across-the-pond version of the Wisconsin demonstrations that captured national attention in March.

“But over the past few days, as activists worked to promote their plan, they ran into a problem: Facebook… was blocking the strike organizers’ website, www.j30strike.org .”

Facebook has since responded with an official “oops, we didn’t mean it.” But, as Baumann points out, “as an increasingly important means of communication and social and political organizing, it’s important—for Facebook and its users—that the company be seen as a neutral party in debates over political issues.”