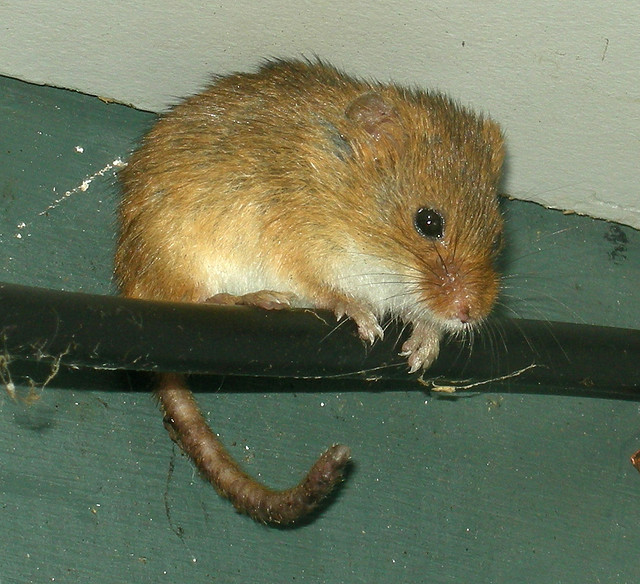 There have been several studies tying climate change to increases in the plague. The latest of them came out just a little while ago in Proceedings of the National Academy of Science, and stated that “plague outbreaks, both among rodents and humans, have been linked to climate variability.” The study focused on outbreaks of pneumonic plague, a deadly respiratory disease caused by the same bacteria as bubonic plague. Pneumonic plague, in the words of the authors, “is transmitted through inhalation of aerosolized, infection-laden droplets from human to human and is less common but more virulent than bubonic plague.”

Unfortunately, the study’s authors didn’t seem sure of exactly how climate change would foster further outbreaks in the US. Using historical outbreaks in China as a model, they found that sometimes increased rain flooded rodent burrows, reducing plague by killing rodents along with their plague-carrying fleas. Other times, increased rain helped rodent populations by making more crops grow. More rain could drive shelter-seeking rats into human-populated areas, but then again, many rats already live near humans.

Overall, it seemed like a mixed bag. The study’s authors say plague outbreaks have been tied to the El Nino effect in the US, but openly state that “the relationship between human plague and climate variation is still not fully understood.” They assert that climate change definitely does have an effect on plague outbreaks, but that effect is currently “non-linear.”

Even if changing climate does increase plague outbreaks, it’s not a reason to panic. Every year there are about 15 cases of plague in the US, and antibiotics can help control the disease, reducing its death toll from 90% to 14%. However, in order to save those lives, people must be promptly diagnosed with the disease, since it has a short incubation period before becoming fatal. Pneumonic plague can kill just 24 hours after initial infection. A timely diagnosis might be hindered by the fact that plague symptoms are similar to those of more common illnesses like the flu: fever, chills, coughing, to name a few. After diagnosis, antibiotics must be administered quickly. Thankfully for those living in the US, there are plenty of antibiotics here and lots of doctors and hospitals. In developing nations, the effects of climate change are already being felt, including disease prevalence. WHO has been fighting plague outbreaks around the world, but developing nations shouldn’t expect too much help from the US, one of the world’s top greenhouse-gas producing nations. A recent GOP spending bill would slash funding to help poorer nations fight climate change, and would stop US contributions to the UN ‘s Intergovernmental Panel on Climate Change.