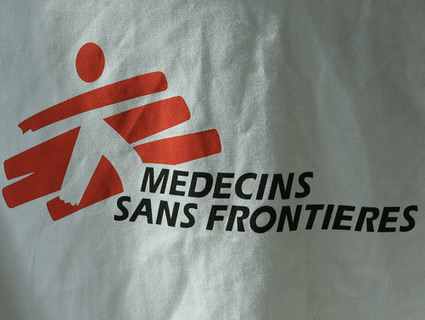 Not everybody thought the vaccination scheme the CIA reportedly used to confirm Osama bin Laden’s whereabouts was as badass as we did.

Pakistan’s Inter-Services Intelligence agency took the news of the DNA-collecting operation as a sign that it needed to imprison more of Pakistan’s citizens, and the Daily Beast‘s Kent Sepkowitz was among those who wondered if “the plot also likely will confirm people’s worst fears about our conniving double-dealing government.”

But it was Médecins Sans Frontières (MSF), aka Doctors Without Borders, that had perhaps the most critical response. The NGO expressed serious concerns about the blowback that could result from the intelligence agency’s creative tactic, particularly regarding its potential effect on the already shaky relationship between humanitarian medical teams and impoverished populations. McClatchy has the story:

“The risk is that vulnerable communities — anywhere — needing access to essential health services will understandably question the true motivation of medical workers and humanitarian aid,” Unni Karunakara, the group’s international president, said…”The potential consequence is that even basic health care, including vaccination, does not reach those who need it most.” …

The impact of the CIA vaccination drive may be keenly felt in Pakistan, a country with low immunization levels and where the public already sees an American conspiracy everywhere. Polio campaigns could be at particular risk, as Pakistan has the biggest polio problem in the world.

MSF’s complaint is not without merit. For years, HIV/AIDS prevention and basic health assistance in African countries has been hindered by superstition, and humanitarian groups in the Middle East often face violence and suspicion from the locals. While there’s no way to know for sure how the news of the CIA operation will affect vulnerable populations in the long term, many aid workers seem to be highlighting the worst-case scenario of massive unintended consequences. AlertNet reports:

“Health interventions are by nature apolitical; vaccinations protect children all over the world against diseases that can kill and maim for life. We hope that this story does not prevent children in Pakistan being vaccinated against polio, measles and other diseases,” [the United Nations’ World Health Organization’s] spokeswoman Sona Bari said.

Unfortunately, this isn’t even the most messed-up or convoluted thing the CIA has ever tried in Pakistan. At least it’s not the loudest and most costly.