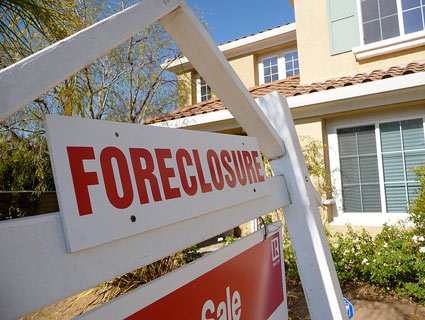 This article was produced by the investigative reporting workshop at American University in partnership with New America Media.

A widely touted strategy aimed at keeping Maryland residents from losing their homes by bringing banks and homeowners to the bargaining table has met with little success as the nation braces for another wave of foreclosures.

Maryland passed a law a year ago that gave homeowners in foreclosure the right to mediation, if they ask for it. The Justice Department reported in a November study that there were 25 mediation programs in 14 states.

As of May 31, just 56 homeowners in the state have gotten a modification of their loan through the mediation program. Borrowers complain that lenders are more interested in foreclosing than negotiating. One borrower was horrified to discover that the bank had sold her home during the mediation process.

Foreclosures slowed in the early part of 2011, as lenders dealt with accusations of “robo-signing”—approving foreclosure documents without looking at them. But now, they’re coming back with a vengeance: In March, almost 30,000 notices of intent to foreclose were filed, more than twice as many than in any month since the state began keeping records in 2008, according to an analysis of state records by the Investigative Reporting Workshop at American University.

For communities of color around the country, a “lagging collapse” may be ahead, said Alan Mallach, a nationally known housing expert who has done extensive on-the-ground research into the foreclosure crisis. Prince George’s county is a case in point. The nation’s wealthiest majority-black county, it has been devastated by the foreclosure crisis. Heavily targeted by subprime lenders in the boom years, the county is now staggering under the weight of abandoned homes and plummeting prices. The county received more than 7,100 notices of intent to foreclose in March.

“I think it’s grim. And it’s going to be grim for a while. I’m not sure we’re anywhere near the aftermath yet. We’re still in the middle of the storm,” said Mallach.

A year after the Maryland law was passed, fewer than 1,000 borrowers had applied for mediation, and just 56 borrowers had received a loan modification as of the end of May, according to the Maryland Department of Labor, Licensing and Regulation.

Another 159 cases ended with a so-called contingent resolution, meaning that the borrowers were promised a modification pending additional paperwork. In total, 829 mediation cases have been closed since the law took effect.

Despite the low participation rates, mediation sessions have been good for borrowers, said Carol Gilbert, assistant secretary for neighborhood stabilization at the Maryland Department of Housing and Community Development.

What the mediation program has accomplished is “getting both sides of the (lending) shop to communicate,” Gilbert said. “The foreclosure side of the shop that’s working in turbo drive is very effective, and the modification side is not.”

“We were seeing so many consumers fall through the cracks who were midstream in their modification process and next week they were getting foreclosed upon,” she said.

Antoinette Barber, a homeowner in Baltimore, requested a mediation session, using the information provided by her lender, HSBC Bank. But paperwork problems plagued her case from the start, including that HSBC listed her home as abandoned, said her attorney, Legal Aid lawyer Gretchen Reimert.

Trouble started when the envelope that foreclosure attorneys representing HSBC gave to Barber to send in her mediation request was labeled with an incomplete address. The paperwork never arrived at its destination, so no mediation session was scheduled. Barber received a second notification of her mediation rights and submitted a second request on March 9.

HSBC’s servicer said that Barber’s file had been transferred to another department and couldn’t be found. HSBC’s foreclosure attorney said she wouldn’t agree to anything that day, unless Barber would allow the foreclosure sale to go through. Barber refused, and Reimert has filed a motion to rescind the sale and stop the foreclosure.

“Mediation is a joke,” Barber said. “I was really counting on it helping me. But they did nothing for me. It was a waste of time.”

‘HSBC has a strong commitment to home preservation and regards foreclosure as a last resort. We are looking into the matter,” said Neil Brazil, vice president for public affairs at HSBC. He said the company had no further comment, citing pending litigation.

Borrowers and counselors around the country have complained that the modification process breaks down because the people at the servicer call centers don’t have the power to change the terms or balance on a loan.

The mediation problems in Maryland are yet another indication that so far, government efforts aren’t putting a dent in the foreclosure problem. Mallach isn’t optimistic they will any time soon.

“This is the disgrace of the whole thing,” Mallach said. “Basically, the lenders who made these loans are paying huge amounts of money to the investors that they defrauded. But the problem for these communities is that basically the lenders got away with murder, and they are continuing to get away with murder.”