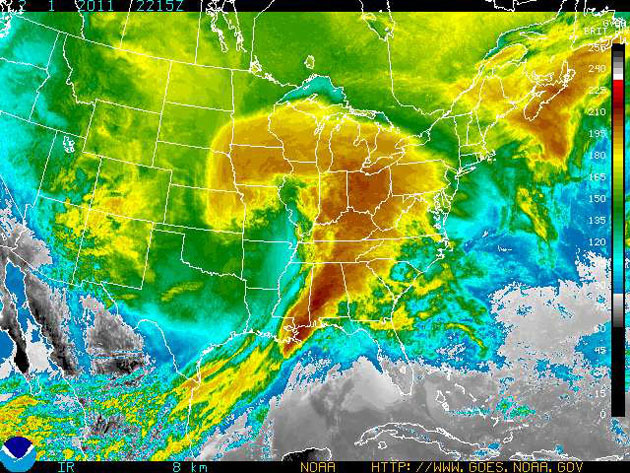 Furthermore to Kate Sheppard’s excellent post last month… The National Climatic Data Center’s (NCDC) latest Billion Dollar Disaster Report finds the US has racked up more mega-expensive natural disasters in 2011 than ever before. So far we’ve suffered more than five times the huge disasters typical at this time of year. Already d amage costs have reached nearly $32 billion . Compare that to the first half of the average year— prior to the onset of “big” hurricane season— between 1980 and 2010, where disaster costs typically run $6 billion. 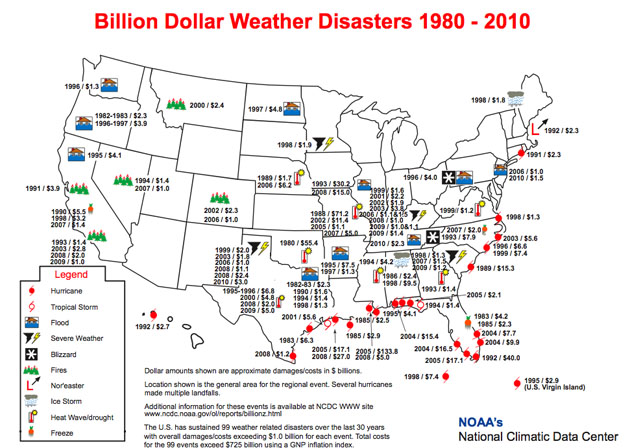 Billion-dollar-plus natural disasters between 1980 and 2010, using a GNP inflation index.

All told the US has suffered 99 weather-related disasters over the past 31 years, where overall damages and economic costs reached or exceeded $1 billion. The normalized losses (that is, the numbers adjusted for the GNP inflation index) add up to more than $725 billion for those 99 disasters .

So far, nine natural disasters, each totaling more than a billion dollars in losses, have befallen the US this year. Here’s the NCDC list: 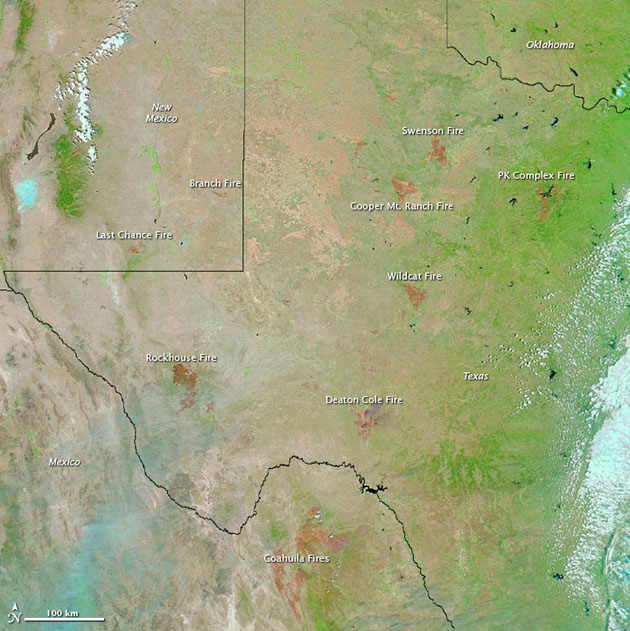 Wildfires in Texas as of 30 April 2011. At this point more than two million acres/809,371 hectares had already burned. Jesse Allen/NASA Earth Observatory 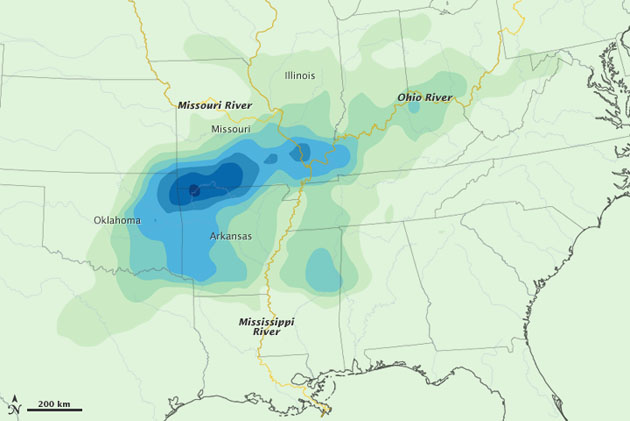 This map depicts rainfall for the Midwest from April 19 to 25, when rainfall totals ranged from 150 millimeters/5.9 inches to greater than 525 millimeters/20.7 inches, prompting, major flooding. Jesse Allen/NASA Earth Observatory

The Missouri River floods have not made it onto this list, since their onset was near the end of the compilation period. 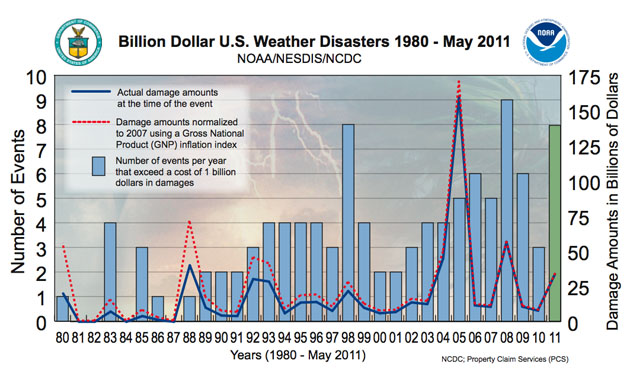 The technical report, A Climatology of 1980-2003 Extreme Weather and Climate Events, by Tom Ross and Neal Lott, is illuminating. Here are some highlights (bold emphasis is mine): 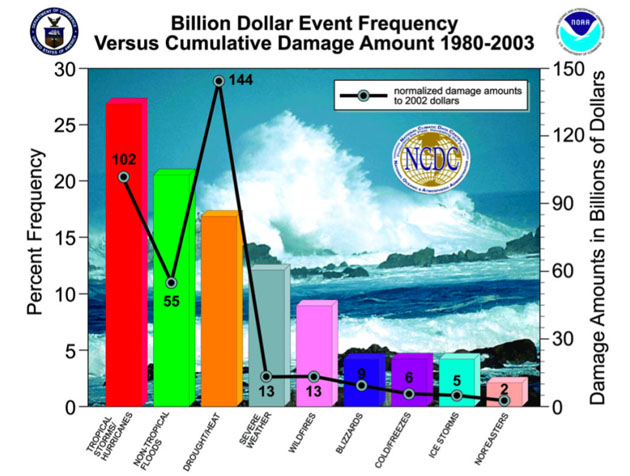 Although some studies suggest that trends such as population increases, population shifts into higher risk areas, and increasing wealth have been the key factors in weather related disasters (as opposed to historical trends in the frequency or strength of such events), there is evidence that climate change may affect the frequency of certain extreme weather events. An increase in population and development in flood plains, along with an increase in heavy rain events in the U.S. during the past fifty years, have gradually increased the economic losses due to flooding. If the climate continues to warm, the increase in heavy rain events is likely to continue. While trends in extratropical cyclones are not clear, there are projections that the incidence of extreme droughts will increase if the climate warms throughout the 21st century. 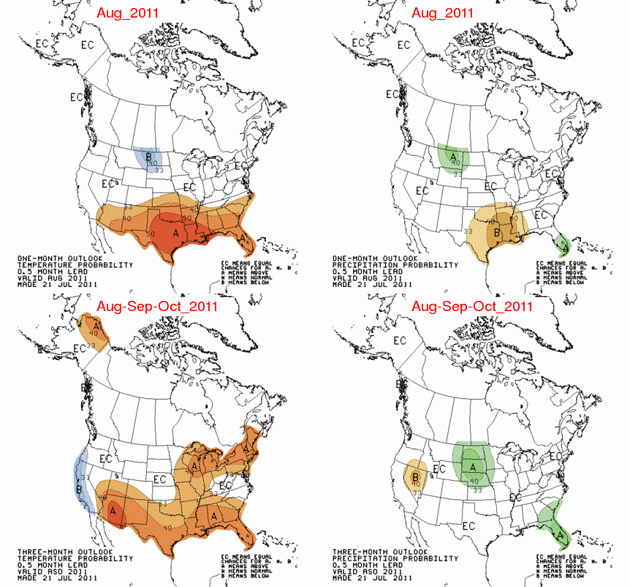 If you’re wondering what disasters might be delivered in the next quarter, check out the maps and the legend, above, for forecasts of temperature and precipitation anomalies through the end of October 2011. Hurricanes not included.