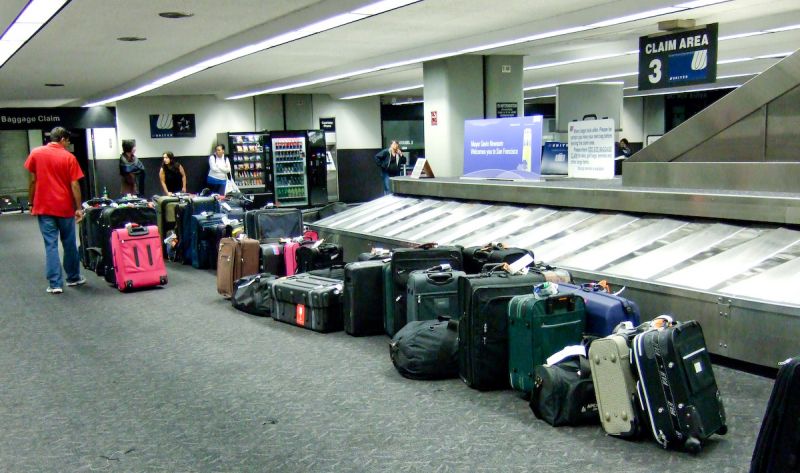 This week will be a tough one for TSA’s public relations team due to two new findings. One, a GAO report, highlights the TSA’s failure to conduct risk assessments for 87% of US airports and the uncertain record of the agency’s behavior detection program. The other report, released by the Department of Homeland Security, revealed that there were 25,000 breaches of TSA security since 2001, including weapons brought on planes. Both were the subject of a heated hearing yesterday by the House Subcommittee on National Security, Homeland Defense and Foreign Operations.

Subcommittee Chairman Rep. Jason Chaffetz (R-Utah), who’s chastised the TSA in the past, once again voiced his lack of confidence in the organization in light of the 25,000 security breaches. “These are just the ones we know about,” Chaffetz said, “it’s a stunningly high number.” Chaffetz characterized TSA’s services as ineffective “security theater.” “We have to be right all the time,” he said, “terrorists only have to get lucky once.”

Chaffetz is right to be concerned about security, as the GAO’s report says that TSA isn’t even close to meeting current standards for detecting explosives in checked luggage. It took TSA four years to begin meeting 2005 requirements, and it looks like meeting current standards will be delayed similarly, if they’re ever instituted. “We found that TSA did not have a plan to deploy and operate electronic detection systems to meet the most recent requirements,” the report says [emphasis mine]. “As of January 2011, some of the electronic detection systems in TSA’s fleet are detecting explosives at the level established by the 2005 requirements,” and some were operating at the 1998 level of detection.

While TSA’s checked baggage scanning is still far behind, TSA is using a program to detect potential terrorists based on their body language. The program, Screening of Passengers by Observation Techniques (SPOT), has been lauded by Department of Homeland Security as being more effective than random screenings, but GAO isn’t buying it. The GAO says that DHS’s data collection wasn’t good enough to verify a link between a certain behaviors and terrorist activity. And anyway, “it is not known if the SPOT program has ever resulted in the arrest of anyone who is a terrorist, or who was planning to engage in terrorist-related activity.” This is really unfortunate, as last year DHS spent $212 million on the program and employed 3000 behavior-detection officers. This year, DHS wants an additional $20 million so it can employ 350 more officers. That seems like a lot of money and employees for a program that doesn’t actually work. GAO notes that it would have been a good idea if DHS scientifically assessed the program’s potential effectiveness before it was rolled out in 161 airports across the country.

Here’s a chart I made of the SPOT program’s results for FY2010. You’ll notice that “terrorism” is not one of the reasons people were charged. 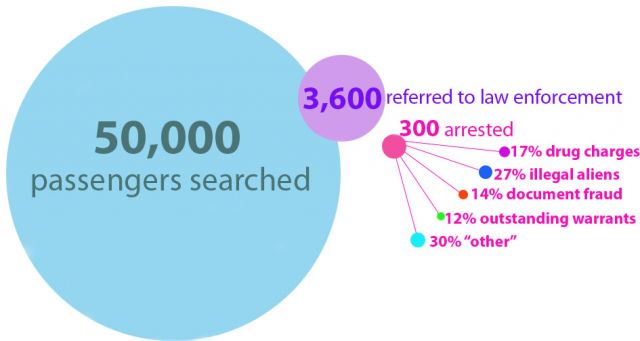