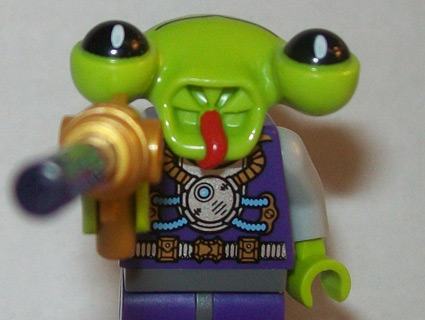 On Thursday, the Guardian reported on a paper looking at the possible outcomes of alien encounters, which they claimed (erroneously) was funded by NASA. The paper has since issued a correction; while one of the coauthors is doing his postdoc work at NASA headquarters, the paper on aliens wasn’t funded or requested by the agency.

As Shawn D. Domagal-Goldman, the NASA postdoc in astrobiology, explained on his blog, he worked on the paper in his free time because he thought it was an interesting subject, though he believes the likelihood of any of the scenarios they included panning out is pretty low. Two colleagues from the University of Pennsylvania were the first and second authors on the paper, which was published earlier this year in the journal Acta Astronautica.

Nevertheless, right-wing media types proceeded to flip out at the idea that taxpayer dollars were subsidizing a paper about extraterrestrial life. In particular, they are incensed that the paper includes one scenario in which aliens notice that we’ve altered our planet by larding up the atmosphere with greenhouse gas emissions and come annihilate us. Media Matters has a great rundown of some of the headlines, like:

But all the silly outrage about the paper sort of misses the point that the paper in question is actually a really fascinating read. The authors go through three potential types of alien encounters—those that are beneficial, neutral, or harmful for humanity. So, maybe nice, friendly, ET-like aliens come visit us and help us solve all our earthly problems, and we have a nice chat about science and math. Or maybe we discover they’re out there, but they’re not really interested in talking to us (I wouldn’t blame them). And finally, perhaps they eat us, enslave us, or obliterate us, either through warfare or by bringing new diseases.

Of course, this is a subject regularly explored in science fiction. But as the authors argue, it’s probably worth exploring in science nonfiction, too, if only to “train our minds” to think about the possibilities should we ever actually encounter other life in the universe. They’re not saying that any of these scenarios is likely to happen any time soon. Just that they’re worth contemplating.

Which is why the part about climate change is actually compelling. As the writers note, the fact that our output of greenhouse gases is affecting our atmosphere may be what alerts other life forms to our existence, because the earth’s spectral signature (or, our specific combination of reflected and absorbed electromagnetic radiation) has changed. Or maybe they have simply observed from afar that we often treat humans that don’t look like us kind of shitty and have been driving other species to extinction, and decide that we can’t be reformed. In either case, they “may seek to preemptively destroy our civilization in order to protect other civilizations from us.”

Of course, as the authors note, there are plenty of better reasons than alien annihilation to shape up our act when it comes to climate change and other environmental ills. And I’m of the belief that if there are other intelligent life forms out there, they’re probably more advanced than we are and would prefer to stay the hell away from our problems if they have a choice.

But anyway, back to my original point, which is that it wouldn’t have bothered me if NASA actually was funding this paper. Because, well, someone better be thinking about what happens should we encounter our intergalactic brethren. Speaking of which, I’m going to see Attack the Block tonight, so I’ll be curious to see how the Brits handle it in science fiction.