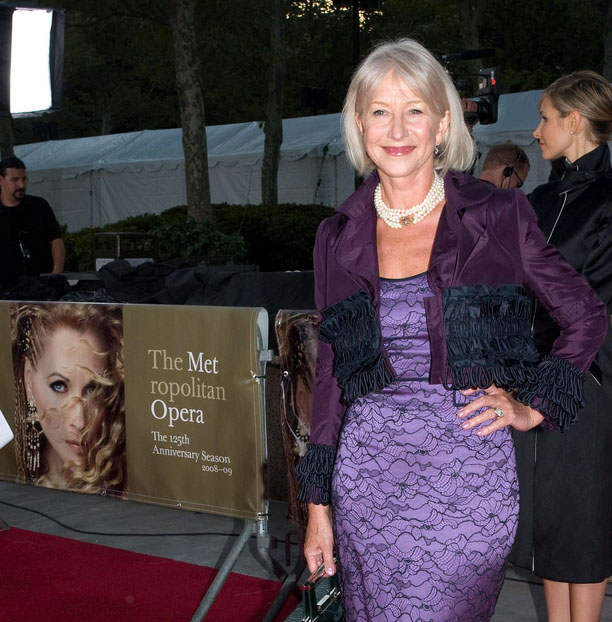 Sixty-six year old actress Helen Mirren was recently voted the female “body of the year” by Los Angeles gym patrons, beating out Jennifer Lopez and Pippa Middleton and other younger competitors. Mirren’s enviable physique has been the focus of many a photographer (and an SNL skit) and it is formidable. While it may not be realistic for the average sixty-something woman to have Mirren’s figure, I was thankful that at least the people who voted her the “body of the year” chose an actual mature woman as a sex symbol.

The New York fashion world has not been as kind lately. For years, it has pushed the size 0 and size 00 super-slim figure out onto the runway. The sample sizes are now so small even models have trouble fitting into them. For some designers, the solution is to not to change the clothes, but to  hire models as young as 12 who are still in the gangly, hip-less, limbo of adolescence. Now, art directors and photographers and designers have gone even further and are dressing figures that aren’t physically possible for women, and that’s because they’re not women. Ten-year-old model Thylane Loubry Blondeau has recently taken the fashion world by storm, posing in French Vogue and walking for Jean Paul Gaultier. Blondeau’s childish body is highlighted (some say sexualized) by pictures like the one of her in designer jeans with necklaces covering her bare chest, or another where she’s wearing stiletto heels and lying on a tiger-skin rug. Another person who’s captured designers imagination is the biologically male, androgynous-looking model Andrej Pejic, who wears both menswear and women’s clothing on the runway and in photo shoots.

I understand that breasts and hips, even size 0 ones, may tweak the lines of a haute couture dress, but designing clothes for women that are modeled by young men or prepubescent girls just doesn’t make much sense and seems to create a body archetype that is literally unachievable for women. Already, images of grown women are Photoshopped so as to be comically incompatible with biological reality. Depicting a young man or a prepubescent girl as a fashion icon just takes it one more, illogical step forward.

As for Mirren, well, her figure is remarkable but at least within the realm of reality. It’s encouraging that even the body-conscious gym-goers of Los Angeles see a womanly figure as something to celebrate. New York fashion world, you could take a page from their book. Maybe sixty is the new size zero.