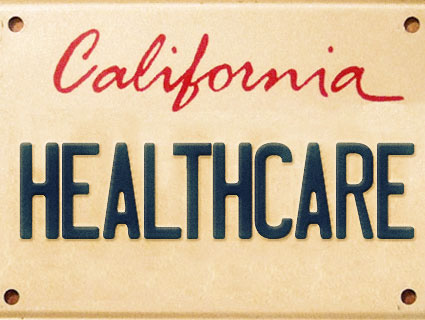 At the end of the battle over health care reform, progressives despaired because the final legislation didn’t include a government-run health care plan, known as a public option. But the law provided an opening for states to create their own public-option plans. And consumer advocates in California—with the backing of the godfather of the public option—are now trying to exploit that provision and kicking off a campaign for a public option in the Golden State. Not surprisingly, the insurance industry there has other ideas.

Consumer Watchdog, a California-based consumer advocacy group, is spearheading a ballot initiative that would create a public option for the state. By introducing a public competitor to the health insurance marketplace, the group argues, private insurance companies would have to lower their own rates. The plan would also roll back insurance rates by 20 percent and exact tougher oversight of premiums. The goal: to get the initiative approved by the state attorney general’s office and ready for a vote by the November 2012 election.

Jacob Hacker, the Yale professor who is credited with the idea for the federal public option, says a state-run version could do a lot of good too. “[A] self-insured state plan would have relatively low administrative costs; second, it would not need to earn a profit; third, it could focus on improvements in value that are only possible with a large and relatively stable insured population,” Hacker wrote in an email to Mother Jones. Connecticut’s SustiNet program, a public-option plan built on existing insurance pools for state and municipal workers, is a good example of how such a plan might work, Hacker says.

Consumer Watchdog’s initiative comes just as the state Senate is considering a Democrat-backed bill (AB 52) that would allow state regulators to reject or modify increases in health insurance premiums if they deem them to be excessive. The bill is expected to come to a vote by September 9, the end of the current legislative session. Micah Weinberg, a senior policy advisor with the Bay Area Council, a San Francisco-based public-policy center, suggests that Consumer Watchdog hopes to use some of AB 52’s momentum to aid its public-option campaign. The group plans to spend some $6 million collecting the 700,000 signatures needed to get the public option on the ballot. But it is seriously outgunned: The insurance lobby is ramping up a $100 million campaign to kill the ballot measure.

Jamie Court, the president of Consumer Watchdog, argues that a public option will help California tackle its budget woes. “Pensions and benefits for public employees are out of control,” he said. “If we have a public plan that controls costs—because it doesn’t have to feed the industry’s bottom line—then it’s obviously going to take a bite out of the pension benefits,” and perhaps begin to fill the state’s yawning budget chasm. Hacker also thinks that the long-term savings of a public option outweigh the short-run costs.

But a skeptical Weinberg counters that the California health system already includes a number of “public options.” Much of the state’s managed-care network, for instance, is run by quasi-public entities that compete with private insurers like Anthem Blue Cross and Blue Shield. But these public and quasi-public entities must respond to the same market forces as private insurers. “There’s no evidence that these public options, though very good, are inherently better, more efficient, or fulfill any of the sort of general promises that come along with this sort of proposal,” Weinberg says.

What’s unclear is whether Consumer Watchdog’s initiative will help or hinder the implementation of health care reform. “We’re in this weird period where the law is passed, and there’s still a tremendous amount of political conflict.…big pieces haven’t been put into place, pertaining to the insurance market,” Weinberg says.

Despite the absence of a public option in the health reform law, Hacker remains guardedly optimistic. “Most advocates of the public option—myself included—were very skeptical of the states taking the lead on health care reform,” he says. A national insurance exchange offering a public plan, he argues, could have avoided the pitfalls of political gridlock, fiscal constraints, and fragmented coverage that could very well befall the state-based public plans.

Ultimately, though, Hacker thinks reform advocates need to make the most of the opportunities before them. “If life gives you lemons, make lemonade,” he says. “If the states are taking the lead, it makes sense to encourage the states to create the most robust possible exchanges with a good public plan in the mix.”