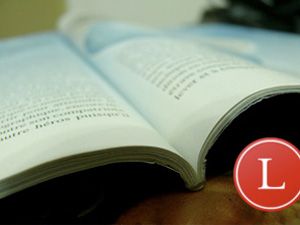 An examination of Germany as reluctant financial savior to its neighbors (and a few side journeys, including one that explores the role of excrement in German folklore). Lewis probes the country’s history and its behavior during the financial crisis:

“The curious thing about the eruption of cheap and indiscriminate lending of money during the past decade was the different effects it had from country to country. Every developed country was subjected to more or less the same temptation, but no two countries responded in precisely the same way. The rest of Europe, in effect, used Germany’s credit rating to indulge its material desires. They borrowed as cheaply as Germans could to buy stuff they couldn’t afford. Given the chance to take something for nothing, the German people alone simply ignored the offer. ‘There was no credit boom in Germany,’ says Asmussen. ‘Real-estate prices were completely flat. There was no borrowing for consumption. Because this behavior is rather alien to Germans. Germans save whenever possible. This is deeply in German genes. Perhaps a leftover of the collective memory of the Great Depression and the hyperinflation of the 1920s.’ The German government was equally prudent because, he went on, ‘there is a consensus among the different parties about this: if you’re not adhering to fiscal responsibility, you have no chance in elections, because the people are that way.'”

New technology, new ethical questions: Some women are choosing to terminate half of a twin pregnancy, sometimes for health reasons but also for fear of the financial or personal toll two children will have on their lives. Padawer recounts one doctor’s change of heart after initially offering the procedure:

“As word spread, a stream of patients called Wapner’s office, scheduling reductions to a singleton. A few months later, after the last patient of the day left, the sonographer who had worked with Wapner for nearly 20 years stopped at his office. She told me what happened next, on condition of anonymity because she doesn’t want her relatives to know everything her work entails: ‘I told him I just wasn’t comfortable doing a termination of a healthy baby for social reasons, and that if we were going to do a lot of these elective reductions, I thought he should bring in someone else who was more comfortable. From the beginning, I had wrestled with the whole idea of doing reductions, because I was raised in the church. And after a lot of soul searching, I had decided there were truly good medical reasons to reducing higher-order multiples to twins. But I had a hard time reconciling doing reductions two to one. So I said to Dr. Wapner, “Is this really the business we want to be in?” ‘ “

Ten years after publishing her first-person investigation into poverty in America, Ehrenreich argues that things have gotten worse since Nickel and Dimed—and we’re now heading down a path of criminalizing poverty. One couple told her about the process of signing up for TANF (Temporary Assistance to Needy Families):

“When the Parentes finally got into ‘the system’ and began receiving food stamps and some cash assistance, they discovered why some recipients have taken to calling TANF ‘Torture and Abuse of Needy Families.’ From the start, the TANF experience was ‘humiliating,’ Kristen says. The caseworkers ‘treat you like a bum. They act like every dollar you get is coming out of their own paychecks.’ The Parentes discovered that they were each expected to apply for 40 jobs a week, although their car was on its last legs and no money was offered for gas, tolls, or babysitting. In addition, Kristen had to drive 35 miles a day to attend ‘job readiness’ classes offered by a private company called Arbor, which, she says, were ‘frankly a joke.’

“Nationally, according to Kaaryn Gustafson of the University of Connecticut Law School, ‘applying for welfare is a lot like being booked by the police.’ There may be a mug shot, fingerprinting, and lengthy interrogations as to one’s children’s true paternity. The ostensible goal is to prevent welfare fraud, but the psychological impact is to turn poverty itself into a kind of crime.”

The NRA once lobbied for gun regulation, and other facts about the gun rights movement in America. Winkler points to key moments in history, from the KKK to the Black Panthers, that shaped the country’s current thinking on gun control:

“In the 1920s and ’30s, the NRA was at the forefront of legislative efforts to enact gun control. The organization’s president at the time was Karl T. Frederick, a Princeton- and Harvard-educated lawyer known as ‘the best shot in America’—a title he earned by winning three gold medals in pistol-shooting at the 1920 Summer Olympic Games. As a special consultant to the National Conference of Commissioners on Uniform State Laws, Frederick helped draft the Uniform Firearms Act, a model of state-level gun-control legislation. (Since the turn of the century, lawyers and public officials had increasingly sought to standardize the patchwork of state laws. The new measure imposed more order—and, in most cases, far more restrictions.)

“Frederick’s model law had three basic elements. The first required that no one carry a concealed handgun in public without a permit from the local police. A permit would be granted only to a ‘suitable’ person with a ‘proper reason for carrying’ a firearm. Second, the law required gun dealers to report to law enforcement every sale of a handgun, in essence creating a registry of small arms. Finally, the law imposed a two-day waiting period on handgun sales.”

Inside the show that helped launch the comedy careers of Steve Carell, Stephen Colbert, Louis C.K., and even screenwriter Charlie Kaufman—but died a quick death after premiering on ABC with a sketch in which Bill Clinton breastfed puppies:

“Another problem facing The Dana Carvey Show was its lead-in: Home Improvement. Granted, on paper, having the number one show on television at the time wouldn’t seem like a detriment, but the family-friendly Tim Allen sitcom was a stark contrast to the sketches that were coming out of the minds of Louis C.K. and Charlie Kaufman. The trouble is, no one on The Dana Carvey Show had ever even seen Home Improvement.

“Executive producer Robert Smigel: That show just didn’t belong on ABC at 9:30 p.m. after Home Improvement. I don’t think any of us watched Home Improvement and understood that it was really a family show. I thought, Oh, it’s on at nine, Pamela Anderson is on it—this is probably a male-orientated show. Tim Allen seems like a guy’s guy. I really didn’t watch the show until about four episodes into The Dana Carvey Show… and I was horrified.

“Colbert: [Laughs] I didn’t know that! I don’t know, I never watched [Home Improvement] and Robert never told me that story. But I always imagined that it had something to do with it—it was a pretty family-friendly show right across the plate.”

“Smigel: I was like, “How could we have made this decision?” I felt like I had screwed up and felt like we all ruined our show’s chances before we even got on the air. It was really so incompatible.”

Andrea is the editor of Nieman Storyboard.

“My favorite longread of the week is ‘Philip Levine, The Art of Poetry No. 39,’ a 1988 interview from the Paris Review made newly relevant by the announcement that Levine is the next U.S. poet laureate. Mona Simpson gets the honor of interrogating Levine, who is wonderful here, talking about his own cowardice, describing the ruins of Detroit, dismissing and admiring dozens of writers with a delightful liturgy of insults and blessings and boundless curiosity about the world. ‘I can remember feeling full of the power of a just cause and believing that power would not fail me,’ Levine says. ‘It failed me or I failed it. We didn’t really change the way Americans lived, unless you take hairstyles seriously.'”