As many as 500,000 women have been raped in the Democratic Republic of Congo since it plunged into an ongoing civil war in 1996. A recent UN survey estimates soldiers are responsible for nearly one-third of all rapes and sexual violence committed in the country’s eastern provinces. Discipline in the national army is weak, soldiers seldom get paid, and many are told by their superiors to “live off the land,” which invites abuses. Soldiers and militants alike act with impunity. The problem is compounded by a lack of legal infrastructure and an indifference to the plight of women. An average of 1,100 new incidents of rape are reported each month; one study found that more than that number of Congolese women are raped every day.

The wards of the the Panzi Hospital in Bukavu, the first fistula center in Congo to treat rape victims, are often full. Dr. Denis Mukwege, the soft-spoken obstetrician-gynecologist who founded the hospital and a finalist for the 2010 Nobel Peace Prize, sometimes performs 10 surgeries a day. He says he has come to recognize perpetrators by the scars they leave on their targets. “I can tell which group it was who did it, even before she tells me,” he says. “Some use knives, fire, rape only the young, or bullets. This way, it is like they leave a signature on the body.”

Click here for a Washington Times investigation of rape in the Democratic Republic of Congo. 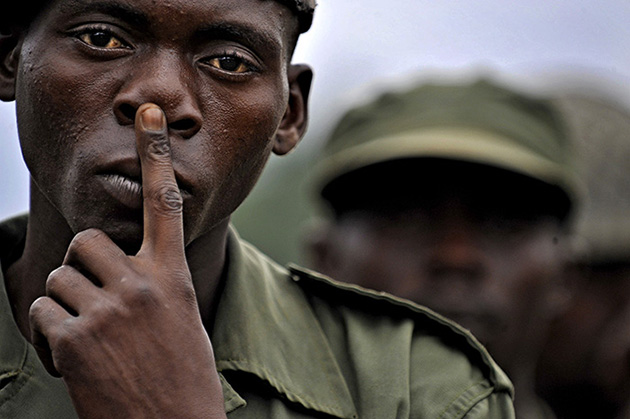 Soldiers are responsible for an estimated one-third of all rapes and acts of sexual violence in Congo’s eastern provinces, according to a recent UN survey. 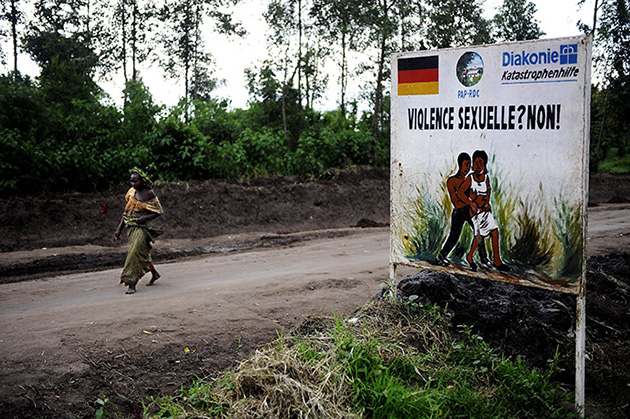 A woman walks past a sign warning against sexual violence in Kiwanja, in the North Kivu region of eastern Congo. 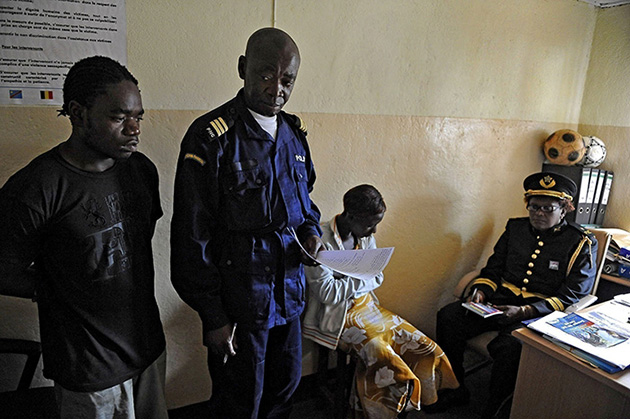 A 15-year-old rape survivor sits with police Major Honorine Munyole (right) while another officer watches the young man accused of assaulting her (left). Munyole created a sexual violence unit and has expanded it to almost 30 officers. 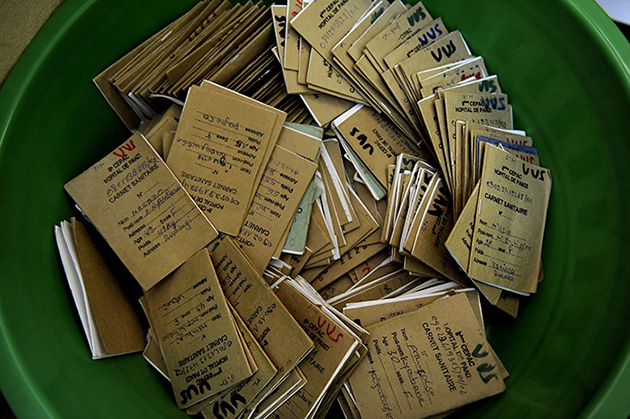 A bucket filled with case histories of sexual assault survivors sits in Panzi Hospital in Bukavu. 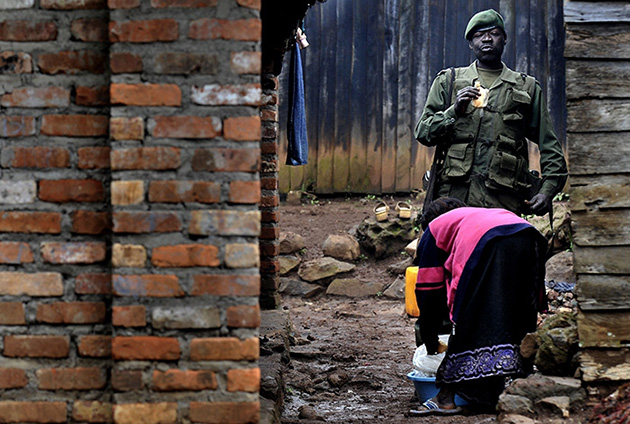 A Congolese National Army soldier takes a snack break outside Bukavu. Many soldiers are not paid and are ordered to “live off the land,” fueling abuses. 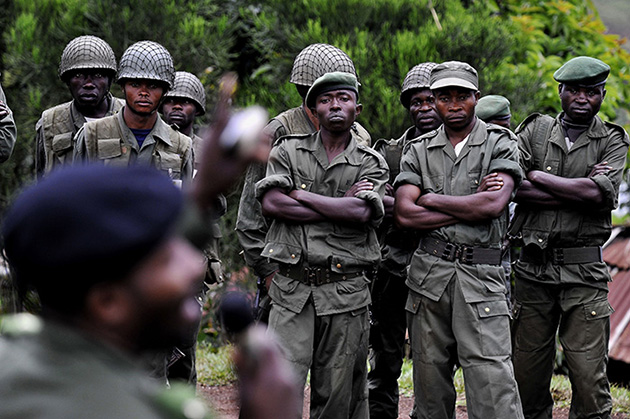 On a rainy afternoon, 100 Congolese National Army soldiers line up on their base in Bugeri to participate in an anti-rape training. 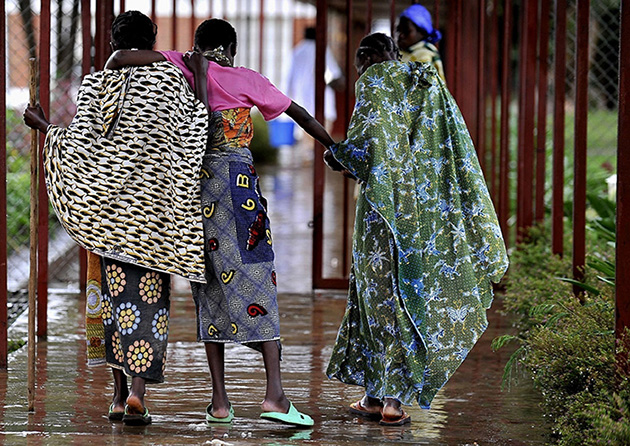 Panzi Hospital in Bukavu, in the South Kivu area of eastern Congo, was started in 1999 to treat war casualties, including women and girls who have been raped by combatants. 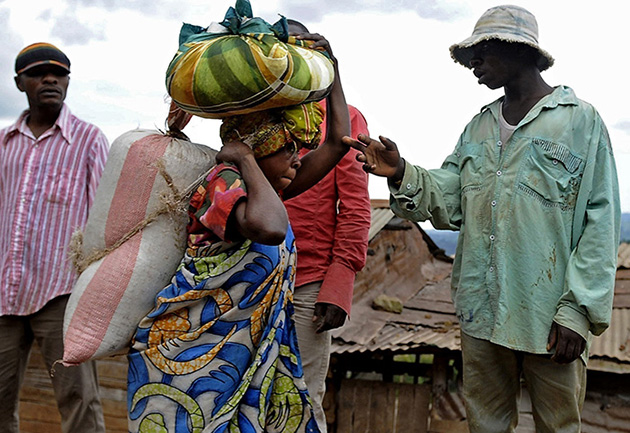 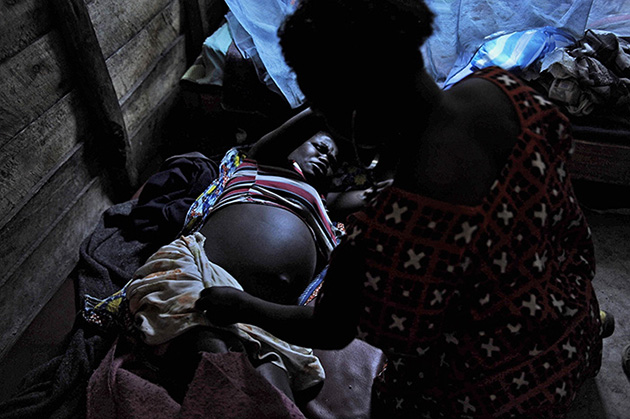 Aliza Sikiliza was kidnapped by soldiers and held as a sex slave for five months before escaping. She is about to give birth to the child of one of her abductors. 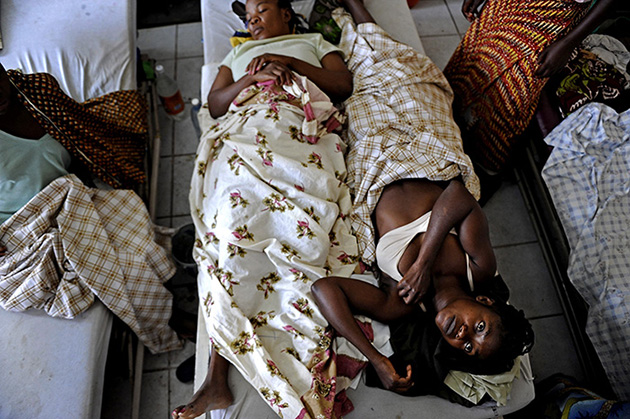 Two women share a bed in a ward for rape survivors at the HEAL Africa Hospital in Goma. The hospital’s surgical recovery rooms are full. 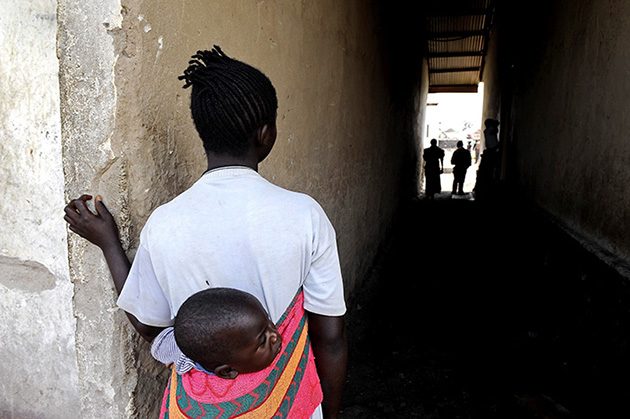 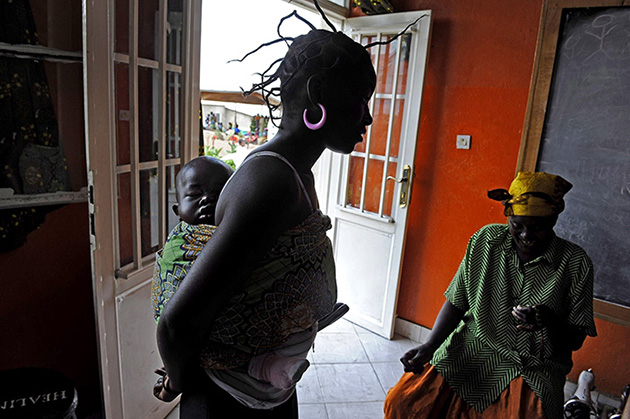 ”I was back at my home, and I was studying. I was a student and coming from school late at night when they raped me,” recalls a 16-year-old survivor. Two years later, she carries the child conceived during the assault. 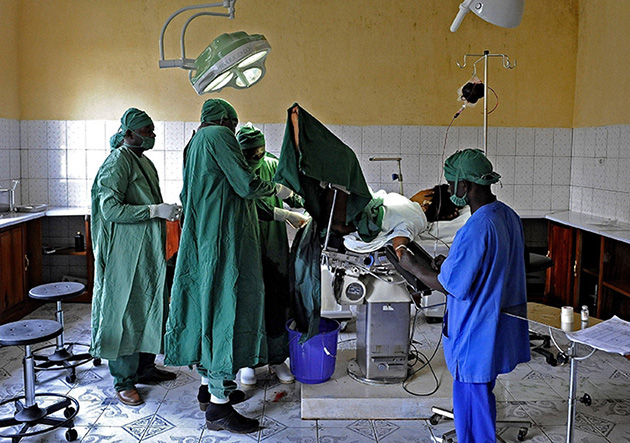 Dr. Denis Mukwge (second from left) treats a patient at the Panzi Hospital in Bukavu. 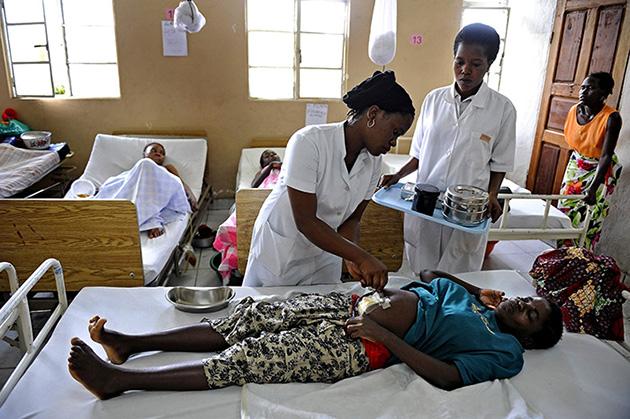 At the HEAL Africa Hospital in Goma, a nurse dresses the wound of a 25-year-old patient who has been gang raped and suffered serious internal injuries.