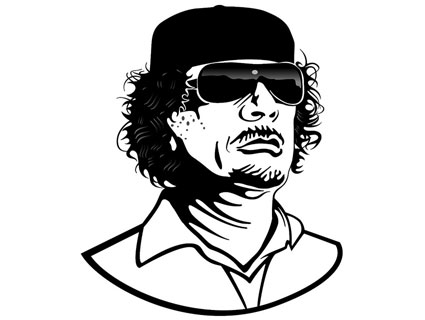 The Libyan Transitional National Council has ordered an investigation into the death of former Libyan dictator Moammar Qaddafi, the New York Times reports. TNC Chairman Mustafa Abdel-Jalil has raised the possibility that Qaddafi had been killed not by rebels, but by loyalists who wanted to silence him:

“Let us question who has the interest in the fact that Qaddafi will not be tried,” he said. “Libyans want to try him for what he did to them, with executions, imprisonment and corruption. Free Libyans wanted to keep Qaddafi in prison and humiliate him as long as possible. Those who wanted him killed were those who were loyal to him or had played a role under him, his death was in their benefit.”

Last week’s celebrations following Qaddafi’s death appeared to drown out concerns about the manner of his demise. But there is a growing volume of evidence that the dictator was not killed during or as a result of wounds sustained in combat, but instead summarily executed by his captors. Several videos obtained by the media showed Qaddafi captured alive. Videos taken later show Qaddafi lifeless with a fresh bullet wound to the head. Although the videos do suggest that the dictator was killed post-capture, there isn’t much there to suggest he was killed by current or former loyalists as some sort of cover-up.

“We found 53 decomposing bodies, apparently Gaddafi supporters, at an abandoned hotel in Sirte, and some had their hands bound behind their backs when they were shot,” said Peter Bouckaert, emergencies director at Human Rights Watch, who investigated the killings. “This requires the immediate attention of the Libyan authorities to investigate what happened and hold accountable those responsible.”

Human Rights Watch saw the badly decomposed remains of the 53 people on October 23, 2011, at the Hotel Mahari in District 2 of Sirte. The bodies were clustered together, apparently where they had been killed, on the grass in the sea-view garden of the hotel.

The summary execution of captives is a war crime under the Geneva Conventions. And although it might be tempting to dismiss Qaddafi’s death as a single capricious act by people who experienced unimaginable suffering at the hands of a tyrant, the other bodies at Sirte suggest a level of pattern or practice that can’t be as easily brushed away.

There was some consternation in response to Abdel-Jalil’s speech over the weekend declaring that Libya will “strive for a state of the law, for a state of prosperity, for a state that will have Islamic sharia law the basis of legislation.” The TNC’s original draft constitution stated that the “principal source of legislation is Islamic Jurisprudence (Sharia),” so this isn’t exactly news. Libya is an overwhelmingly conservative Muslim country, so it follows that a government responsive to Libyan public opinion will reflect that. The answer to the possibility of illiberal democracy in mostly-Muslim nations is not endless iron-fisted rule by American-backed strongmen.

But the nature of Qaddafi’s death and the evidence of other unlawful killings in Sirte raise another, more disturbing possibility: that Libya’s future will be governed by the rule of the gun, not the rule of law, Islamic or otherwise.