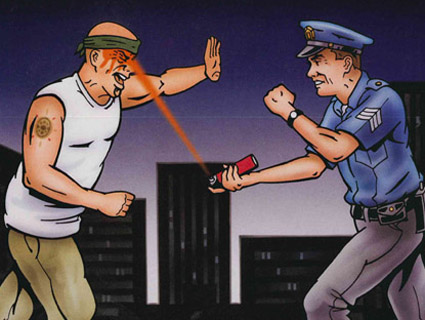 When Lt. John Pike pepper sprayed Occupy protesters at the University of California-Davis last week, many were outraged at a clearly disproportionate use of force in a nonviolent situation. Peter Moskos, a former Baltimore cop turned academic, wrote that even though he’d been trained to pepper spray noncompliant suspects, actually doing so would be “dumb-ass.” In nonviolent situations, police officers should simply step in and haul away protesters, he argued: “[T]rying to make policing too hands-off means people get Tased and maced for noncompliance. It’s not right. But this is the way many police are trained. That’s a shame.” The Atlantic‘s Alexis Madrigal found Pike’s actions unsurprising considering that “[o]ur police forces have enshrined a paradigm of protest policing that turns local cops into paramilitary forces.”

But that shift isn’t just about police departments buying body armor and tanks. It’s also reflected in their increasing reliance on “less-lethal” weapons such as pepper spray, weapons designed to ensure submission while minimizing the chance of deadly injuries to both suspects and officers (as well as reducing departments’ legal exposure). One industry analyst predicts that the global market for these kinds of weapons will triple by 2020; more than half of the current market is for “disperse” weapons such as pepper spray.

Naturally, cops are the major target for this market, and weapons manufacturers peddle a wide array of less-lethal tools to departments large and small. Though Pike’s motivations and orders remain unclear, it’s possible that his seemingly nonchalant application of pepper spray (and the choice of outfitting his colleagues’ with PepperBall guns) was driven in part by an eagerness to use these novel tools instead of the old-fashioned tactics Moskos refers to. Ironically, that’s a temptation Pike had earlier renounced. Asked about his decision not to use pepper spray or other weapons to diffuse a potentially violent incident in 2007, Pike answered, “You’ve got all these tools on your belt, but sometimes they’re not the best tools.”

Below, a small sampling of the less-lethal weapons being marketed to police officers as crowd control tools.

Spray it, don’t say it: Defense Technology, a subsidiary of the weapons maker BAE Systems, markets these fire-extinguisher-sized cannisters of pepper spray as “crowd management” tools. 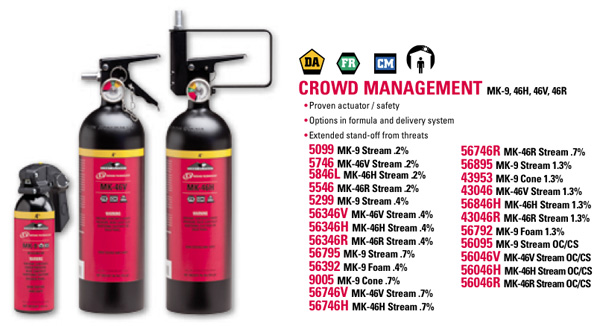 Take off, hosers: “Crowds always outnumber the police force, so gaining control can be difficult…However, you cannot use lethal force…after all, they are citizens,” notes Priax, the maker of the X-Stream Backpack, “a two-bottle OC (pepper spray) compressed air powered ejector weapon designed for use during large disturbances.” For clean-up, the company recommends its Soothe-Away Plus wipes, which wash away burning pepper spray and are “rich in emollients and moisturizers that are used to reach deep in the skin and clean your pores.”

World’s hottest gumball dispenser: In the UC-Davis video, campus police officers can be seen carrying PepperBall guns, which shoot gumball-sized pellets packed with pepper powder. Testimonials (PDF) on its website say PepperBalls “have been proven effective in civil disturbances, prison riots, and (other) law enforcement situations” and are “a prudent, practical choice for crowd control or for any situation which calls for use of non-lethal force.” 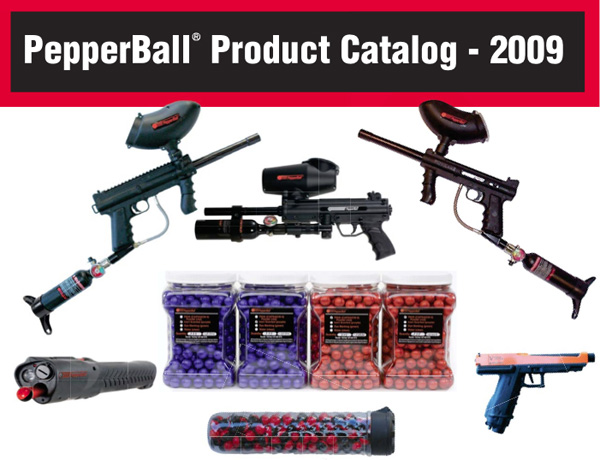 Put a Super-Sock in it: For “dispersing large and unruly crowds,” Combined Tactical Systems sells projectiles such as Super-Socks and Foam Batons. Police fired similar munitions at Occupy Oakland demonstrators in October, seriously injuring one who may have been hit in the head by a beanbag round. Safariland, another BAE company, says its bean bag “pain compliance round” is “most widely used as a crowd management tool by Law Enforcement and Corrections when there is a need to target individual instigators” and “may also prove valuable in riot situations where police lines and protesters are in close proximity.” 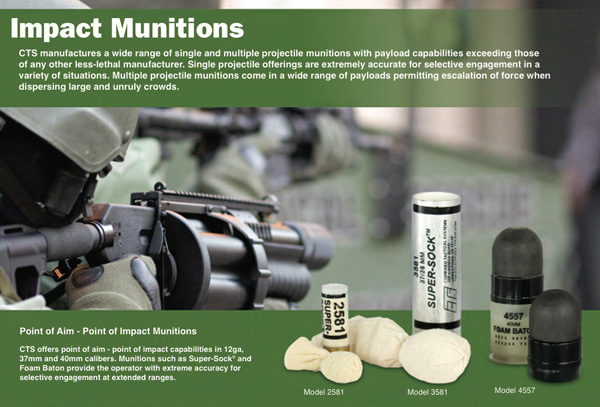 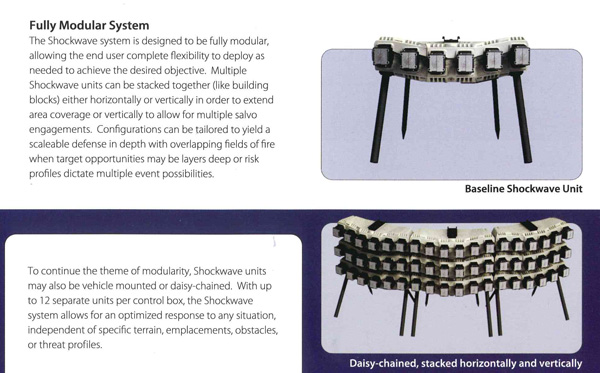 Compliance without complaint: Finding willing test subjects for less-lethal gear isn’t always easy. That’s where LLOYD (“Less Lethal or You Die”) the test dummy comes in. Covered in durable nylon and filled with packing peanuts (“this material provides a great response similar to a live person”), LLOYD can be shot repeatedly with less-lethal ammo without complaint—or legal repercussions.