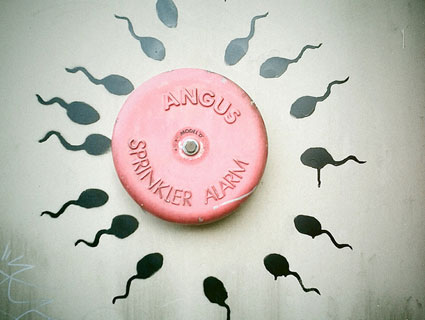 On Tuesday, voters in Mississippi headed to the polls to vote on an amendment to the state Constitution that would designate inseminated human eggs as legal persons from the “moment of fertilization.” (Updated 9:30PT: The measure failed.) Its backers hoped to set up a challenge to Roe v. Wade and push toward outlawing many forms of birth control. In Mississippi, the proposed amendment created a political firestorm that’s been closely watched by both sides of the national abortion debate. But this fight is not merely a Mississippi matter, and it is far from over: In Washington, House and Senate Republicans are pushing legislation that would do the same thing on the federal level.

Map: Is a personhood amendment coming to a state near you?

The Mississippi amendment alters the state’s Constitution so that “the term ‘person’ or ‘persons’ shall include every human being from the moment of fertilization, cloning, or the functional equivalent thereof.” Nearly identical language appears in three bills that have been endorsed by scores of Republicans in Congress, including top House committee chairmen Spencer Bachus (R-Ala.) and Paul Ryan (R-Wis.) and presidential candidate Michele Bachmann (R-Minn.).

Like the Mississippi measure, these bills, which are not constitutional amendments, would extend the rights of legal personhood—including equal protection under the law—to a zygote, the single cell formed when a human sperm fuses with an egg. The national measures are “designed to achieve the same end” as the Mississippi effort, says Sara Rosenbaum, a health law expert and professor at George Washington University who frequently testifies before Congress on reproductive rights issues. “The aim of the bills is to reclassify or to overturn…the fundamental constitutional fact on which Roe v. Wade rests,” she adds. Opponents of abortion rights agree with Rosenbaum’s analysis: The National Pro-Life Alliance, a group that backs all three bills, calls them “a frontal assault on Roe v. Wade” and sees them as a way of “legislatively overturning” the Supreme Court decision.

Is a personhood amendment coming to a state near you? Check our map.

If the bills become law and zygotes are afforded the protection of legal personhood, abortion would be legally equivalent to murder, as would almost anything that interfered with the zygote’s development. That could include the morning-after pill, which primarily works by preventing fertilization but which anti-abortion activists insist prevents fertilized eggs from implanting in the uterus. (Many scientists disagree.) Intrauterine devices (IUDs), which can prevent implantation, would also be affected by the laws.

“It’s not even abortion, it’s not even pregnancy—that’s how far back this reaches,” says Donna Crane, the policy director for NARAL Pro-Choice America. “It’s possibly the most extreme position you can take on this issue and far to the right of where most right-to-life individuals are.”

Like the Mississippi amendment, none of the personhood bills being considered in Congress contain any exemptions for victims of rape or incest.

The fallout could extend beyond abortion and contraception. In Mississippi, some critics have questioned whether the passage of the amendment could affect laws unrelated to reproductive rights, such as those that regulate how many “people” can be on a bus or in a school gymnasium at a time. (Mother Jones‘ Kate Sheppard has more on other “personhood” bills being pushed in states around the country.)

Sixty-three House Republicans, or over a quarter of the GOP conference, are cosponsors of HR 212, Rep. Paul Broun’s (R-Ga.) “Sanctity of Human Life Act,” which includes language that directly parallels that of the Mississippi personhood amendment. That bill declares that “the life of each human being begins with fertilization, cloning, or its functional equivalent…at which time every human being shall have all the legal and constitutional attributes and privileges of personhood.” Five committee chairmen, including budget wunderkind Ryan, support the bill. “There is no greater protection that we as a government can give to protect human beings all the way from the time of fertilization until they have natural deaths,” Broun says.

Rep. Duncan Hunter’s (R-Calif.) HR 374, an ever-so-slightly tweaked version that includes a clause that says it does not “require” (although it does allow) “the prosecution of any woman for the death of her unborn child,” has even more cosponsors—91, including Bachmann (R-Minn.). Nearly 40 percent of House Republicans back this bill, which, like HR 212 and the Mississippi amendment, has language saying that “human persons” exist from “the moment of fertilization” or from any “other moment at which an individual member of the human species comes into being.”

In the Senate, Roger Wicker (R-Miss.) has introduced S 91, a companion bill to HR 374. Wicker has said he hopes his bill will “settle this important life issue once and for all.” More than a quarter of Senate Republicans back the proposal.

“These are the kind of measures, whether state or federal, that would end up at the Supreme Court eventually,” Rosenbaum says. “I assume that’s the next step.”