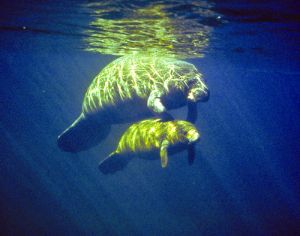 Former Speaker of the House Newt Gingrich spent much of Saturday’s foreign policy debate doing what he does best: haranguing moderators Scott Pelley and Major Garrett for asking him questions he doesn’t like. But in the middle of one such effort, he did offer a revealing insight in his views. Gingrich rattled off a list of subjects on which President Obama’s policies have been harmful (it was a long list), and then dropped a bomb: President Obama, he explained, was wrong to support something called “Agenda 21.”

The response drew loud applause from the audience. Here’s why: Agenda 21 is a United Nations agreement that has never been considered by the Senate, and more or less just calls on signatories to promote sustainable development practices. But in the eyes of tea party activists, it’s a stepping-stone to a one-world government, which will lead to forced population control and mass displacement. My colleague Stephanie Mencimer covered this subject in an excellent 2010 piece for the magazine:

Virginia activist Donna Holt is among those who believe that Agenda 21—unveiled during the UN’s “Earth Summit” in 1992—is really a plot to curtail private property rights and deprive Americans of precious constitutional freedoms. In reality, the document will do nothing of the sort, but it has nevertheless been the target of conspiracy-minded UN haters for years. Holt and other tea partiers are taking their cues from people like Henry Lamb, a WorldNetDaily columnist and founder of Sovereignty International and Freedom21, groups designed to fight Agenda 21 and its ilk. He has been arguing for decades that the UN is secretly plotting to herd humans into crowded cities so that the rest of the world can be devoted to wildlife preservation. (Lamb declined to comment for this story because back Mother Jones once included him in a story called Wingnuts in Sheep’s Clothing, and another article that described his role in Astroturf lobbying against the Kyoto treaty.)

Long the subject of fringe groups, Agenda 21 has taken on more prominence in recent years. Michele Bachmann fought against it as a Minnesota state senator, and again as a congresswoman. As she said in 2008 of congressional Democrats, “They want Americans to take transit and move to the inner cities. They want Americans to move to the urban core, live in tenements, [and] take light rail to their government jobs. That’s their vision for America.” The non-profit education watchdog she worked with in Minnesota even went so far as to oppose International Baccalaureate, the worldwide advanced placement system, on the grounds that it undermines national sovereignty and furthered the goals of Agenda 21.

In Florida, tea party groups are currently fretting that, under the guise of Agenda 21, the United Nations will forcibly displace Americans to protect the endangered manatee. (One Republican congressman, Rep. Rich Nugent of Florida, has even introduced legislation to address these concerns.) Other activists are concerned that they’ll be forced to live in underground, earthen “Hobbit homes.”

Does Gingrich really believe any of this—or is it just a pander to the far-right?