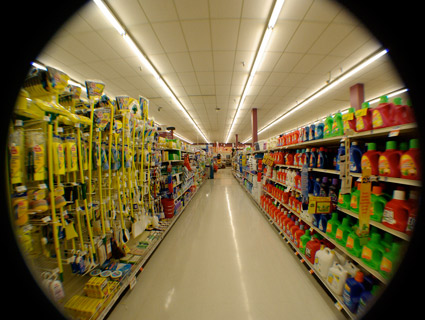 Next time you walk down the cleaning product aisle at your local grocery store, take a closer look at those pretty labels wrapped around your favorite surface disinfectant. A new study out today reveals that numerous popular cleaner brands, including Glade, Clorox, Pine Sol, and the ostensibly eco-friendly Simple Green, contain chemicals that are known to cause hormone disruption, pregnancy complications, birth defects, and cancer, and can aggravate allergies. Women’s Voices for the Earth (WVE), which published the report, commissioned an independent laboratory to test 20 popular household cleaning products. Turns out, none of the toxic chemicals detected were disclosed on the product labels.

Here are six of the most egregious brands that WVE says you should watch out for: 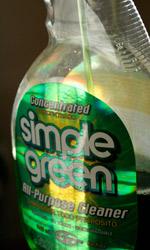 Jinx!/FlickrSimple Green Naturals Multi-Surface Care, it turns out, is a bit of a misnomer, since it’s laden with phthalates, which even at low-dose exposure, can negatively affect reproductive and neurological development in pregnant women. Researchers also detected 1,4-dioxane, a carcinogen. The Simple Green All-Purpose Cleaner, meanwhile, contained toluene, which has been linked to pregnancy complications, birth defects, and developmental delays in children. The problem, WVE says, is that Simple Green committed to reformulate products containing phthalates in 2010. 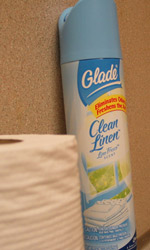 txkimmers/FlickrGlade’s Tough Odor Solutions with Oust Air Sanitizer also tested positive for phthalates despite SC Johnson (its manufacturer) pledging to phase out the chemical from its product line last year. And lab researchers found a common fragrance ingredient called galaxolide, another hormone disruptor that’s previously shown it can decrease a cell’s defense mechanism against other toxic chemicals. The fact that galaxolide is used in the Glade aerosol deodorizer is particularly concerning, WVE says, because once sprayed the toxin can directly enter your system as you inhale. 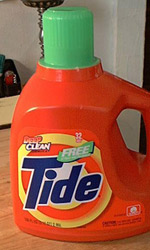 marc_buehler/FlickrTide’s Liquid Laundry Detergent (and its Free & Gentle version) also contains 1,4-dioxane. Although its maker Procter & Gamble reformulated its Herbal Essences hair care line to strip out the chemical in 2009, it has yet to do the same for the laundry detergent.

In Clorox Clean Up with Bleach, the WVE study found chloroform and carbon tetrachloride, both widely known cancer-causing chemicals. Scientific studies on animals have shown carbon tetrachloride exposure to cause breast cancer. Chloroform has been linked to nervous system effects including dizziness, nausea, and headaches. 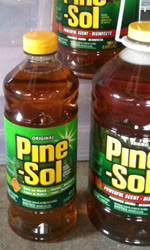 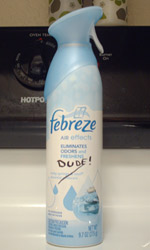 rocknroll_guitar/FlickrGalaxolide was also detected in Febreze Air Effects, a much-favored household fragrance spray. The lesson? Next time you want to strip away the smell of garbage in your home, you just might want to go with some citrus rinds or vanilla extract.