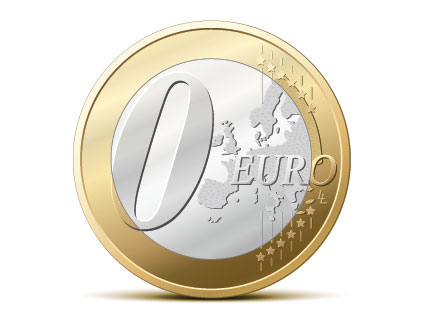 It’s not particularly shocking that many Germans are worried about inflation. Hyperinflation is often blamed for the fall of the Weimar Republic—the sclerotic democracy that ruled the country between the two world wars—and the rise of Hitler. “You’d get your money in the morning, and if you didn’t spend it by the evening, it’d be worth half,” one German journalist (who was not alive at the time) informed me this week. The country went through another round of very high inflation during and immediately after World War II, and since then German governments, the German Central Bank, and its successor, the Frankfurt-based European Central Bank, have been renowned for their inflation hawkishness. Now, with the euro itself in danger, many American and British commentators are calling for the ECB to loosen its fiscal monetary* reins. But without German support, that won’t happen—and German support does not seem to be coming.

I’m in Berlin for most of early December on a program for young American journalists. The agenda wasn’t designed to focus on the euro crisis, but naturally it was on the top of everyone’s mind—and I made sure, as we traveled around the city this week, to try to get German journalists’ read on the situation.

For the journalists I spoke to—from outlets across the political spectrum—inflation hawkishness and hostility to eurobonds (centrally issued debt that Europe as a whole, including Germany and France, would have to pay back) were as accepted as, say, kissing babies is in American politics. These feelings went far beyond the left-right divide—people who were otherwise progressive seemed totally opposed to the idea that German taxpayers might have to pay to cover Spanish or Italian or Portuguese deficits.

Perhaps this isn’t surprising. But what was shocking to me was the total absence of any recognition that there might be an alternate view. When I mentioned the idea that the euro’s problems might not be entirely due to government irresponsibility on the periphery, but rather a balance-of-payments issue (see Matt Yglesias or our own Kevin Drum for more on that idea), people looked at me like I was from space. The fact that German and French banks are holding the bag for Spain and Italy’s debt never came up, and no one seemed to have any doubts that the European Stability Mechanism, the fund the eurozone countries are setting up for emergencies, would be sufficiently large to deal with the situation. (Reuters’ Felix Salmon is one of many outside commentators who find that hard to believe.)

One journalist for a top newspaper accepted that Greece may exit the euro, but she said that even if that happened, it wouldn’t be a big deal for the markets or the rest of the eurozone countries. She argued that European governments have spent so much time convincing markets that Greece is a unique case that a Greek exit would be seen as an anomaly, not a sign of things to come.

To get a good sense of how different the German landscape is from the debate here, take a look at John Cassidy’s New Yorker blog post from Friday, in which he claims that “practically everybody”—”newspaper columnists, financial bloggers, Wall Street analysts, [and] hedge-fund managers”—agrees “the euro is destined to collapse, and with it the great post-war vision of European integration.” Cassidy frames his piece—which suggests that the Eurozone may survive without major chaos—as a counterintuitive, against-the-grain argument. But in Germany, Cassidy’s seems to be the majority view.

It’s possible, of course, that my sample of journalists was oddly skewed and that German media are talking about this sort of stuff. But if Germans really are taking the “worry” side of the story seriously, it’s a fringe thing. I spoke to reporters or editors from most of the country’s largest papers and broadcasters, and they all seemed unconcerned. What’s hard to convey remotely is the general mood: a kind of serenity, an almost utter confidence that everything will turn out fine. I hope they’re right. But I’m not so sure.

Correction: I said fiscal when I meant monetary. Sorry.