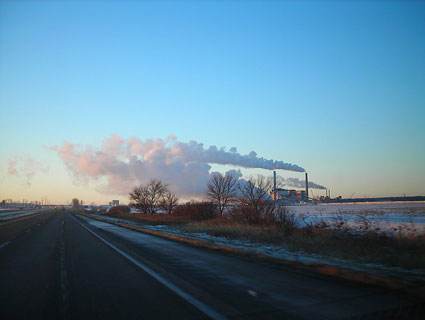 UPDATE: Since I first wrote this piece, numbers 2, 4, and 5 on the list have been excised from the Interior Appropriations bill, along with riders that would have prohibited the EPA from regulating water pollution on logging roads and circumvented review of grazing permit. However, a few important riders remain, including one that would block new lightbulb efficiency standards and another that would fast-track oil drilling in Alaska.

On the other hand, Republicans have dug in their heels with regards to Keystone XL (#1), with House Speaker John Boehner insisting that it will remain in the final version of the payroll tax bill. (In fact, Republicans now seem to be trying to make Keystone into a campaign issue.) The rider that would undermine boiler regulations (#3) is still in the House version of the bill, but not the Senate’s, which was passed Saturday—this one probably won’t make it into law.

ORIGINAL POST: It’s no secret that many Republicans aren’t big fans of the EPA. But that hasn’t stopped the GOP from being secretive about what exactly they’re planning to do to scrap environmental regulations. Instead of putting anti-environment policies up for debate as stand-alone bills, they’re trying to bypass scrutiny by sticking them into other pieces of legislation—like appropriations bills—that have to pass to keep key services or pet programs running. These provisions, called riders, are usually hard to find and often even harder to understand; that’s basically the point. Fortunately, the Natural Resources Defense Council has been keeping track of the long list of policies that have been introduced into 2012 appropriations legislation thus far. We’ve put together an abbreviated guide to the most egregious attacks on environmental regulation that Republicans are trying to sneak through Congress by the end of the fiscal year.

These are just a few of dozens of the anti-environmental provisions Republicans are looking to push through quickly and quietly. Sure, most of them won’t get through the Democrat-controlled Senate, and President Obama has clearly stated that he will reject any attempts to attach “extraneous issues” to legislation.  Still, it’s not impossible to imagine that even staunch environmental defenders would let the occasional provision slide to make a deal—like when Nancy Pelosi caved on the anti-choice Stupak amendment to the health care reform bill in order to get it through the House. But the real reason to pay attention to these riders is that they provide clues as to what Republicans might try to do if they had enough power. Turns out it’s some scary stuff.