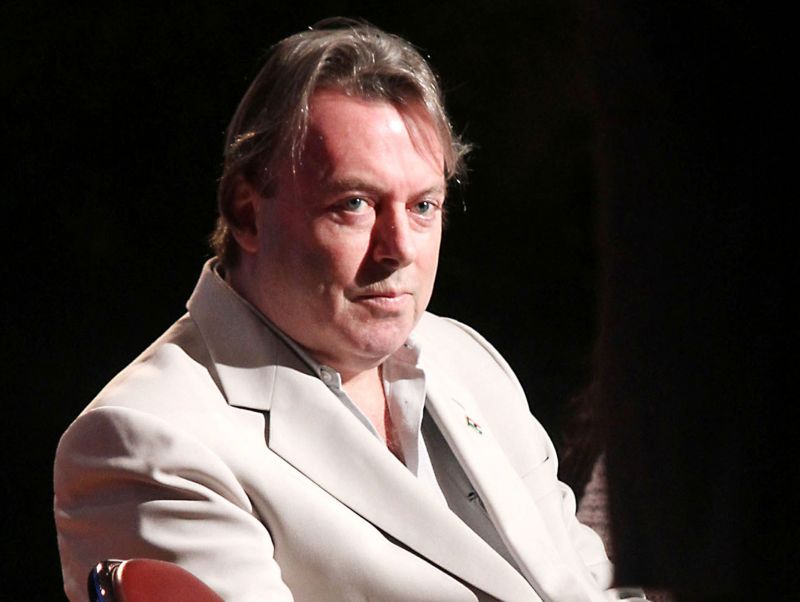 Christopher Hitchens died today at 62, which is terrifyingly young to people past about 35. He’d been diagnosed with cancer of the esophagus while on book tour in 2010 and wrote often about his impending demise, including in his last column for Vanity Fair, written while in treatment at the M.D. Anderson Cancer Center in Houston. Hitchens spent much of his writing career taking on sacred cows—you know, Mother Teresa, God—challenging authority, and taking positions infuriating to his friends on the left. Having come into politics as a Trotskyite, he defended Margaret Thatcher (for taking on the Argentine junta during the Falklands War), freaked out pro-choicers by noting that “obviously, the fetus is alive” (a position he explained in Mother Jones in 1995), and lambasted Bill Clinton in, among other places, this MoJo piece: “In all essentials, the Clinton-Gore administration has been Republican, and not all that moderate. On matters of political economy it has pursued the strictest Wall Street and Federal Reserve orthodoxy…”

And, of course, he came out guns blazing in favor of the Iraq War and against what he called “Islamofascism,” for which he’d developed a hatred going back to the Iranian fatwa against his friend Salman Rushdie. Not long before the invasion, in a MoJo piece titled “Rogue Nation USA,” he’d called out the Bush administration for demanding that other countries abide by international treaties while reserving America’s right not to.

It really was all of a piece. Hitchens was fiercely loyal to his friends, to the point where following “the enemy of my enemy is my friend” dictum put him in some strange-bedfellow positions. He loved pissing people off when they least expected it. And he wrote like a fiend, even at the expense of…himself. “Writing is what’s important to me, and anything that helps me do that—or enhances and prolongs and deepens and sometimes intensifies argument and conversation—is worth it to me,” he told Charlie Rose in 2010, in a quote that made his New York Times obituary. It was, he said “impossible for me to imagine having my life without going to those parties, without having those late nights, without that second bottle.”

Judge him if you will. But try doing it it as effectively as he did.