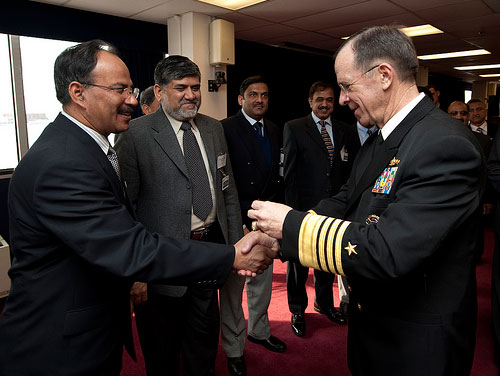 The National Defense Authorization Act—the $622 billion bill to fund the military through the next fiscal year—has already been widely criticized for its provisions regarding the detention of terrorist suspects. But the bill also freezes $700 million in aid to Pakistan—a move that is already impacting one of the United States’ most important diplomatic relationships.

Specifically, the NDAA freezes aid until Pakistan “demonstrates… significant efforts towards the implementation of a strategy to counter improvised explosive devices.” Between April and June 2011, 1,248 NATO forces in Afghanistan were killed in IED attacks, and more than half of the American soldiers killed in Afghanistan in the first eight months of 2011 were killed by IEDs. Congress is blaming Pakistan for the IEDs because “84 percent of the bombs in Afghanistan use calcium ammonium nitrate fertilizer” from Pakistan, according to a US official cited by National Journal. Legislation to reduce the production of the fertilizer is still pending in Islamabad.

Pakistani officials have spent the past week blasting the decision to freeze aid. “We believe that the move in the US Congress is not based on facts and takes narrow vision of overall situation hence wrong conclusions are unavoidable,” the Pakistani foreign ministry said in a statement Thursday morning. “Pakistan cannot be held responsible for weaknesses and loopholes on the other side of the border,” a foreign ministry spokesman added. A State Department spokeswoman told AFP that the US will “work with the government of Pakistan on how we can fulfill the requirements.”

Tensions between the US and Pakistan have been high since May, when US Navy Seals entered Pakistan without authorization and killed Osama bin Laden. In September, Admiral Mike Mullen said that a Pakistan-based terrorist group known as the Haqqani network, was an arm of the country’s intelligence service, the oft-maligned Inter Services Intelligence, or ISI. Republican presidential nominees have consistently criticized Pakistan as well. Rick Perry said in one debate: “Pakistan is clearly sending us messages…that they don’t deserve our foreign aid…because they’re not being honest with us.” Since 2001, the US has allocated $20 billion in aid to Pakistan.

In late November, Pakistan claimed that 24 of its soldiers had been killed by NATO forces. Since then, Pakistan has cut off fuel supplies to NATO troops based in Afghanistan.

Whether or not Pakistan decides to cooperate with Congress’ demands, it’s clear that the relationship between the two countries is near an all-time low.