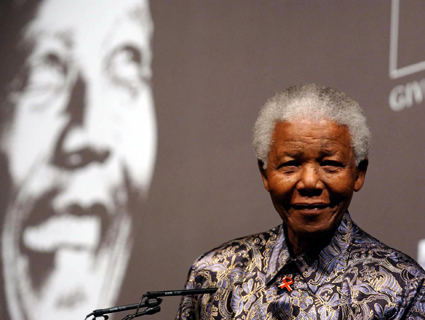 Last February, activists pitched a fit when it was announced that, for the second consecutive year, the gay Republican group GOProud would be a cosponsor of Washington’s biggest right-wing confab, the Conservative Political Action Conference. The Heritage Foundation and Sen. Jim DeMint (R-S.C.) both skipped the event in protest. That came a year after Ryan Sorba, chairman of California Young Americans for Freedom, delivered an epic rant against GOProud at CPAC’s main stage. In July, the American Conservative Union, which puts on the conference every year, bowed to complaints, and in July informed GOProud the group would not be invited back in 2012 (the only other group to receive a disinvite was the John Birch Society).

CPAC isn’t so discerning about the rest of its cosponsors, though. As Right Wing Watch notes, one of the sponsors at February’s conference will be Youth For Western Civilization, a group dedicated to, as the name suggests, preventing the “extinction” of Western Civilization at the hands of multiculturalism. Per its mission statement, the group boasts that, “in spite of the continual assault and hatred it endures from the radical left, we wish to revive the West, rather than see our civilization be sent to the graveyard of history.”

How does that manifest itself? Among other things, the group is a passionate defender of South Africa’s white heritage. A recent blog post featured at the site accuses the African National Congress, the nation’s ruling party, of waging a “genocide” against Afrikaners, and pins much of the blame on revered former president Nelson Mandela.

“Men like Nelson Mandela who are regularly featured as grandfatherly figures by the liberal media are in reality bloodthirsty terrorists,” writes the author, Matthew Heimbach, president of the Towson chapter of YWC. “One of the few accurate things from the Clint Eastwood film Invictus was the line spoken by an Afrikaner following the release of terrorist Nelson Mandela from prison and his ascendancy to the Presidency of South Africa ‘This is the day our country went to the dogs.'” He adds, “Nelson Mandela has far more in common with the thugs behind the Rwandan genocide than the heroic freedom fighter he is touted to be.” (As Domenic Powell notes, the post originally included an old poster from the right-wing British group, Federation of Conservative Citizens, with the text “Hang Nelson Mandela”—but that art was subsequently scrubbed.)

To back up his point, Heimbach details the various ways in which South Africa’s white ruling class was superior to today’s government:

White South Africans gave years of selfless sacrifice to the world. From feeding the starving citizens of West Berlin in the Berlin airlift, battling in the air alongside Rhodesian pilots to stop the communist takeover of South Korea, being the only nation on earth to choose to disarm all of its stockpiles of nuclear weapons, and gave an honest chance to the black majority to help build a republic that respected all human rights they continued to show good faith both domestically and abroad.

Strong Christian values have long been the bedrock of Afrikaner society. The Afrikaners banned abortion while they were in power (only to be repealed by the black majority in 1994), did not allow the sale of pornography, and even closed businesses on the Sabbath Day in accordance with Christian law. Moves against rampant gambling and homosexuality stopped the spread of moral decay within Afrikaner society while initiatives aimed at promoting the family and traditional values helped strengthen the culture and community.

Sure, there was that whole apartheid thing, but they fought communists! (Heimbach is also a member of League of the South, a white nationalist group that advocates secession.) It’s not an isolated example. Another recent post on the YWC site laments that Rep. Ron Paul (R-Texas) “groveled” to Martin Luther King Jr. when asked about his racist newsletters at a recent debate. Attorney General Eric Holder is accused of spending “his first 35 months in power blatantly discriminating against white Americans.”

A post on Alabama’s immigration law expresses outrage at the inability to (legally) profile “5 foot 2 Spanish-speaking Hispanics.” In December, a post about the shooting of a New York City police officer by a man who had recently been let out on bail caused YWC author Dennis Watkins to remark that “the end result of Judge Laporte’s leniency in letting a violent black criminal walk is a dead New York City police officer (who happened to be white)…”

In kicking out GOProud and the Birchers, the American Conservative Union has set a precedent that it’s willing to punish groups that don’t properly adhere to conservative orthodoxy. Will YWC’s apartheid apologia be enough to warrant a second look?