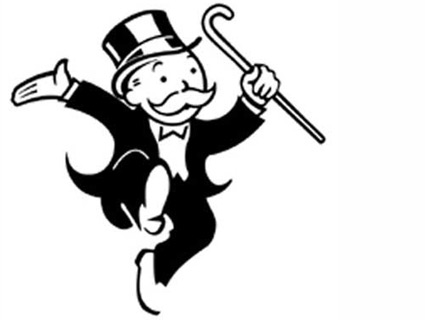 One of the co-founders of Bain Capital, we’ve been told. MittRomneys/FlickrAlex Bolton has a piece at The Hill that should come as a big shock to…virtually no one:

Recipients include Democratic senators facing tough reelection races this year, such as Jon Tester (Mont.), Claire McCaskill (Mo.), Sherrod Brown (Ohio) and Bill Nelson (Fla.)…President Obama received a sizable share as well. He has accepted more than $80,000 from Bain employees since the beginning of 2007. Bain Capital employees gave $27,500 to Obama during the first three quarters of 2011.

Yes, that’s the same Bain Capital that Mitt Romney co-founded. And yes, some Republican congressional candidates in battleground states have—given the Bain-related hits Romney has faced lately from both liberals and fellow Republicans—already started to use this information as ammunition against their Democratic opponents.

This doesn’t look terribly good from a PR standpoint for Democrats, but it’s not that surprising. It’s no secret that Barack Obama and many other Democratic politicians have received tens of thousands of dollars in donations from Bain employees. And considering the president’s rather cozy relationship with big business and Wall Street, it seems only natural that his reelection campaign is awash with financial-sector cash.

Now that Bain executives have one of their own as the clear front-runner for a major party nomination, their political giving reflects that:

According to the Center for Responsive Politics, Romney has bagged more campaign contributions from Bain Capital employees than any other federal candidate over the last five years. In the first three quarters of 2011 alone Romney hauled in nearly $85,000 from Bain executives and employees.

So, this story essentially just shows the folks at Bain Capital shelling out campaign donations in pragmatic and predictable ways. But it also lays out the key problem with the “corporate raider” attacks Democratic strategists have been itching to deploy against Romney in a general election fight. As Bolton notes, “Democrats could be forced to justify attacking Bain—which specializes in buying companies and boosting profitability, often by laying off workers—while accepting campaign funds from the same executives who made the cost-cutting decisions.” There are major distinctions to be drawn between accepting campaign cash from a private equity firm and presiding over said firm as CEO. But if Democrats choose to commit to this line of attack, they might have to live with the impact being dulled, especially when the words “received twice as much money from Bain Capital” enter the debate.