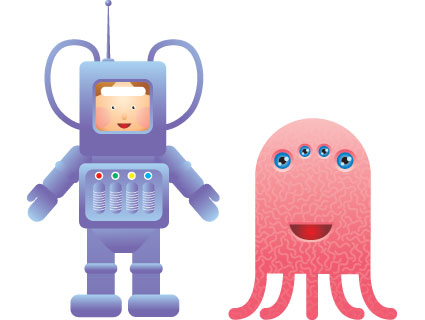 An artist's rendering of what life will be like in the future, when the air will be unbreathable and we will all be dating jellyfish.Athos Boncompagni Illustratore/<a href="http://www.shutterstock.com/cat.mhtml?lang=en&search_source=search_form&version=llv1&anyorall=all&safesearch=1&searchterm=human+jellyfish&search_group=&orient=&search_cat=&searchtermx=&photographer_name=&people_gender=&people_age=&people_ethnicity=&people_number=&commercial_ok=&color=&show_color_wheel=1#id=15960145&src=2035f64a17fabe59fdc49f8903093723-1-9">ShutterStock</a>

Four years ago, a Colorado ballot referendum to define life as beginning at the point of fertilization lost by a margin of 3 to 1. Two years ago, it lost by 2 to 1. In 2011, an amendment on the ballot in Mississippi failed by 10 percent. To many of us, that might appear like variations of a blowout, but Gualberto Garcia Jones, a legal analyst for Personhood USA, sees progress. In just a short period of time, the personhood movement has gone from radical fringe to mainstream—at least within the conservative movement. And in Greenville on Wednesday, days before what is shaping up to be the decisive primary contest of the 2012 Republican presidential race, the candidates, sans Mitt Romney, participated in an hour-and-a-half long forum on how to eradicate abortion.

Personhood USA, the event’s sponsor, may not have had any luck at the polls, but it’s quickly brought major party backers into its fold. Every major candidate but Romney has signed onto the group’s pledge to “oppose assisted suicide, euthanasia, embryonic stem cell research”; attack abortion rights “without exception and without compromise”; and, most importantly, “work to advance state and federal laws and amendments that recognize the unalienable right to life of all human beings as persons at every stage of development” and appoint judges who feel the same way. They’ve held tele-townhalls in Iowa and are planning another in-person forum in Florida.

When he talks about his group’s rise, Garcia Jones makes an unexpected comparison.

“I think the best example is sort of the Ron Paul people,” he says. “You know, Ron Paul ran for president last time and he lost, I don’t know if he lost 3 to 1, 4 to 1, 5 to 1, whatever. But because he stuck to his core, I think he was able to gather a following.”

Or maybe, after listening to Paul speak here on Wednesday, it’s not such a weird comparison after all. Personhood USA has, like Paul himself, clawed its way into a conversation from which it was once shunned, to a point where no one can ignore it—or its supporters. In the process, it’s forced the GOP field to hold court on issues the candidates might have preferred stay in quiet rooms.

The best example of how this works might just be Paul himself. The Texas congressman is not typically described as a leader of the Christian Right. His views on gold, taxes, and foreign intervention are much more widely known. But it’s in appearances like these, in front of hyper-focused groups like Personhood USA (technically, Paul was videoconferencing in from Washington, DC) where Paul’s relgious conservative side comes into focus.

“This may be the first time…since leaving the Garden of Eden where we have to address the question of what it means to be human,” Gingrich says

When anti-Planned Parenthood activist Lila Rose asked Paul what steps he might take to curtail abortions, he offered a nuclear option: “Well, one very important thing to do would be to stop all the funding,” Paul said, explaining that the current prohibition on funds for abortion doesn’t cut it because “all these funds are fungible. So I would deny all funding for birth control and abortion.”

The moderators probed his views until he touted his authorship of a constitutional amendment defining life as beginning at conception, and, when asked yet again about how he might crack down on abortion as president, noted that he had supported a similiar proposal from the late Sen. Jess Helms (R-N.C.). “This is very clearly a Biblical viewpoint,” he said, explaining the basis of his pro-life views.

When it was Newt Gingrich’s turn, the moderators grilled him on, among other things, transhumanism and genetic engineering. The topic was a bit out there, as far as presidential forums go, and hardly the kind of thing you’d ever expect to come out of the mouth of, say, Wolf Blitzer. But the question was a valuable one, forcing the former speaker to choose between two of his greatest loves—futuristic technology/cutting-edge research and civilizational crises.

Gingrich went with the latter. “These are at the heart of the next 40 years,” he said. “And we’ve got to understand: Somewhere on this planet there will be a dictatorship that uses science in a way that is truly grotesque. And then you’re gonna have, for example, a decision to make, if someone can participate in the Olympics who’s been genetically engineered. I mean you’re gonna have, there’s an array of different countries out there, some of which have values so lacking to any of us that you’re gonna have these kinds of things.”

Then came the grandiose part: “This may be the first time in some ways since leaving the Garden of Eden where we have to address the question of what it means to be human. And I think it’s also a time to be very aware of the fact the greatest of all sins is hubris, putting yourself before God. And that there is a really great danger posed by scientists and those technicians, who believe that they now have God-like powers. Because it defies the very essence of humans.”

One of Rick Santorum’s first questions was equally out of left-field: He was asked about a recent breakthrough at Cornell, in which researches used transplanted genes from a jellyfish to illuminate a test-tube embryo, the better to understand its development. “As president,” it was put to Santorum, “how would you advance scientific knowledge while protecting human dignity and human life?” Well, for one thing, Santorum made clear he’d oppose human–jellyfish hybrids. “Scientists will go wherever they choose to go because they don’t feel any moral constraints,” he said. “Our obligation as a society is to protect children, and to not allow us to be experimented on for any reason.” In a later answer, he passionately defended banning abortion even in cases of rape, noting that the Supreme Court considers the death penalty for rapists cruel and unusual punishment. If we don’t kill the rapist, why should we kill the baby?

“Moses wasn’t born into ideal circumstances, if you think about it” says Rick Perry, stating the obvious.

The most noteworthy thing about Rick Perry’s appearance might be that he showed up at all. On the final day of his campaign, he’d canceled most of his other events, including a meet-and-greet in Greenville at Bob Jones University. But Perry valued Personhood USA’s work as an organization so highly, apparently, that he considered their forum a must—even if he was on his way out the door. We’re glad he showed up, too, because in addition to taking a few more pot-shots at Mitt Romney, he offered an analogy between Biblical Egypt and China that’s been sorely missing from the nationally televised debates.

“Moses wasn’t born into ideal circumstances, if you think about it,” Perry said. But “Pharaoh’s daughters found him, took him as their own, and he got to live his life on Pharaoh’s credit card. The point is, if you look back at history and all the incredible men and women who have impacted in this world—if he was born today, I think about 35,000 children every day are aborted in China. That country is destined for the ash heap.”

Whether any of the candidates received much of a boost from the outing remains to be seen. But there’s no hiding the fact now that Personhood USA, once scorned, has been given a seat at the table in the Republican nominating process, and they intend to make full use of it to ask the kinds of questions you’d never hear at a Republican presidential debate.