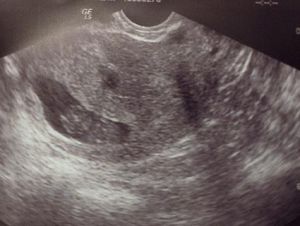 Bills limiting the time period during which abortion is legal have proliferated in recent years as other states have followed Nebraska’s lead and banned abortions after 20 weeks of pregnancy. But a law under consideration in Arizona would roll back access to abortion even farther?.

The Arizona bill, (HB 2036), passed in the state Senate on Thursday and will now go before the house. Like the proposals before it, Arizona’s legislation is modeled on the “Pain-Capable Unborn Child Protection Act” designed by the National Right to Life Committee. And like the other bills, it states that abortion would be banned 20 weeks into a pregnancy. But reproductive rights advocates point out that Arizona’s law would actually be more restrictive than others, as the bill states that the gestational age of the fetus should be “calculated from the first day of the last menstrual period of the pregnant woman.”

Not to go all middle-school health on you, but that’s not exactly the same as the actual date the egg and the sperm hooked up. Figuring out that exact point one became pregnant can be tricky. Most women ovulate about 14 or 15 days after their period starts, and women can usually get pregnant from sexual intercourse that occured anywhere between five days before ovulation and a day after it. Arizona’s law would start the clock at a woman’s last period—which means, in practice, that the law prohibits abortion later than 18 weeks after a woman actually becomes pregnant. (LMP is what most doctors use to estimate gestational age, but previous bills like this one have instead stated that the 20-weeks is based on the “postfertilization age” of the fetus.)

The American Civil Liberties Union’s Reproductive Freedom Project has called Arizona’s proposed law the “most extreme bill of its kind,” one that would be more restrictive than any others currently in force in the US. Although it includes exceptions if the pregnancy poses a threat to the life of the woman, there are no exceptions if, for instance, the fetus is found to have a life-threatening condition or other severe impairment. Banning abortions at the 18-week mark would also preclude women from obtaining information about the condition of the fetus, as many medical tests are either not performed or are not conclusive at that early date.

The bill doesn’t stop there. Under this law, if a doctor performs an abortion after that 18-weeks, he or she can be charged with a crime, have his or her license revoked or suspended, and can be held liable for civil penalties if the father of the fetus decides to pursue legal action. The bill also requires a mandatory ultrasound for anyone seeking an abortion at any stage of pregnancy (hello, transvaginal probes) and mandates that a doctor offer to show a pregnant woman the ultrasound, describe it to her verbally and provide her with a photo of “the unborn child.” It would also require a woman to wait 24 hours after the ultrasound before she can obtain an abortion.

Reproductive rights advocates see this as yet another intrusion on the right to an abortion. “Politicians need to get out people’s bedrooms and out of their doctor’s office, and let women, families, and doctors make these important medical decisions,” said Talcott Camp, deputy director of the ACLU’s Reproductive Freedom Project.