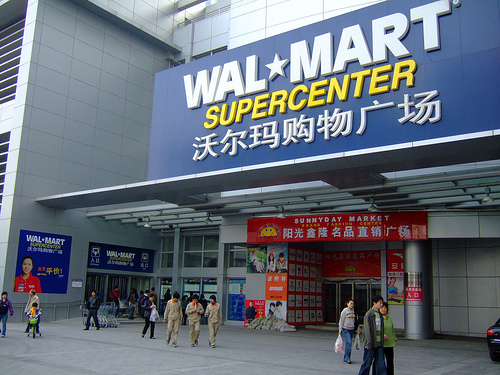 Mike Daisey made you care. Give the man that much.

For all the flaws and fabrications in his monologue “The Agony and Ecstasy of Steve Jobs,” excerpted and then retracted on the popular radio program “This American Life,” Daisey changed how you looked at your iPhone or iPod or iPad. He caused you to consider how and where your Apple gadgets were made, and who made them. That Daisey lied about meeting underage workers at Apple supplier Foxconn does not mean Apple suppliers don’t hire underage workers. They do. That Daisey misrepresented meeting a man with a hand snarled from repeating the same motion on an Apple production line doesn’t mean such injuries aren’t common in China. They are. Daisey’s lies have stained his reputation. But Apple’s once-glittering reputation is tarnished, too. For that Apple can blame Daisey, and even more so the reporting team behind the New York Times‘ superb iEconomy series.

But the problems plaguing the Chinese manufacturers are not limited to Apple. Far from it.

Today, you can read my investigation into an even more massive American corporation that, like Apple, depends on cheap, fast, and nimble Chinese labor: Walmart. It’s a story 18 months in the works, and it reveals how the world’s largest retailer has fallen well short on its much-hyped sustainability campaign, especially in China, where so much of Walmart’s products are made.

Walmart launched its sustainability campaign in 2005, billing it as a boardroom-to-break-room effort to shrink the retailer’s waste footprint, slash emissions at its stores and suppliers worldwide, and stock its shelves with more environmentally friendly products. Walmart’s “green” embrace fit into a broader makeover at the embattled retailer. Walmart redesigned the company logo, de-cluttered its shelves and store aisles, and changed its slogan from “Always Low Prices” to “Save Money. Live Better.”

Walmart’s sustainability initiative wowed industry types and retail competitors. Respected environmental groups, some of them old foes, partnered with Walmart to help achieve its admittedly ambitious goals. I began my reporting as something of an admirer of Walmart’s environmental push, but after interviewing company officials and key insiders and digging deep into Walmart’s own reports, I found a trail of unfulfilled promises, jaded partners, and under-whelming results. Nowhere was that clearer than in China, where an estimated 70 percent of all Walmart products are made.

For my Walmart story, I spent nearly two weeks in China visiting suppliers and interviewing factory owners, energy consultants, and other manufacturing experts. I met Terry Foecke, a Midwesterner and clean manufacturing guru who at the time spearheaded one of Walmart’s most ambitious goals, cutting energy use at 200 of the retailer’s Chinese factories. (He no longer works with Walmart.) Reporting on the ground opened my eyes to the murky world of Chinese manufacturing. One revelation was how companies that supply Walmart often rely on so-called shadow factories—unregulated, off-the-books shops where labor and environmental laws don’t apply. Shadow factories undermine the very progress Walmart claims to want. After all, how can you shrink the footprint of a factory you don’t know exists?

The auditing process is another problem. Walmart uses auditors to enforce the labor and environmental rules in its supplier code of conduct; auditors also help verify progress on Walmart’s sustainability goals. Yet the auditors and watchdogs I interviewed described the auditing process as a deeply flawed one, plagued by graft and fraud. This is a problem not only for Walmart but for Apple, too, which has quieted some of its critics by promising tougher audits of its Chinese factories—audits that may be fatally flawed.

And that’s just a taste of what’s in my story, which appears in MoJo‘s March/April 2012 dead-tree issue. Just as the revelations in the Times‘ series and—yes—Mike Daisey’s deeply flawed yet moving monologue forced readers and listeners to rethink Apple and its wildly popular products, I hope my story will do the same for Walmart.