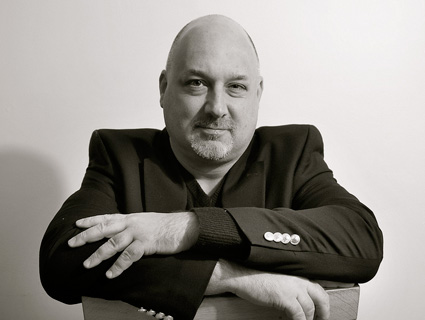 Peter Van Buren—a veteran US diplomat whose blog and 2011 book, We Meant Well, detail his futile experiences as a nation builder in Iraq—was formally fired from the State Department this week. Officials at Foggy Bottom say Van Buren is guilty of eight major policy violations, including linking to Wikileaks documents on his blog, leaking classified info in his book, and displaying a “lack of candor” in interrogations by State security officers, according to a statement from his publicist. (A State Department spokesman confirmed the charges to the Washington Post on Wednesday.)

But Van Buren maintains he’s being singled out for “dirty tricks in retaliation” for embarassing his employer—a simple exercise of his free-speech rights. “It’s hard for me to objectively look at this as anything other than revenge and vindictiveness,” he told the Post.

In the book (part of which was published here at MotherJones.com), Van Buren recounts how, as the leader of two Provincial Reconstruction Teams in Iraq, he was party to one tragicomic, Kafkaesque misstep after another: shipping trucks full of unwanted English-language books to Iraqis who promptly dumped them; distributing soccer balls that nobody would kick because they had Koranic verses printed on them; chilling out at the US embassy in Baghdad, the world’s largest, playing lacrosse on a dead $2 million lawn.

His Iraq experience led Van Buren to broaden his criticisms, blogging about the government’s excesses and secrecy obsession on his own site and for TomDispatch. In a post last August, he referred to a State cable leaked by Wikileaks about US arms sales to Libya (a move, he says, he ran by his superiors). The following month, my colleague Andy Kroll wrote about the grilling Van Buren received from the Diplomatic Security Service. At the time, Kroll described Van Buren as “the only State Department employee who may be fired because of Wikileaks.”

But in recent media appearances like the one on Democracy Now! I’ve embedded below, Van Buren says the State Department is mostly sauced about his personal jibes against the bosses, because he hasn’t leaked any classified info. “Can State point to a single instance where I have released official information not already available elsewhere, absent perhaps my book, which was approved (perhaps by accident) by the State Department?” he asks on his blog. “I criticized the Secretary of State,” he told a DC news station this week. “I criticized the president and I’ve criticized other members of the State Department and the administration, and I did that because when I signed up 24 years ago, my oath was to the Constitution, not to Hillary Clinton or Barack Obama or anyone else.”

Talking back certainly isn’t a crime. One thing the Wikileaks cables show is that diplomats don’t always have to be diplomatic: They can be critical of world leaders, policies, and events, but evidently only if they have achieved sufficient rank and subtlety—and only if they do it behind State-approved firewalls.

Van Buren plans to appeal his dismissal. Regardless of the outcome, he’s likely to keep fighting—for all whistleblowers, not just himself. Just last month, he wrote a broadside for TomDispatch—reposted by MoJo, in which he includes a disclaimer that his words “do not in any way represent the views of the Department of State, the Department of Defense, or any other entity” of the federal government. “There is a barely visible but still significant war raging between a government obsessed with secrecy and whistleblowers seeking to expose waste, fraud, and wrongdoing,” he writes. “Right now, it is a largely one-sided struggle and the jobs of those of us who are experiencing retaliation are the least of what’s at stake.”