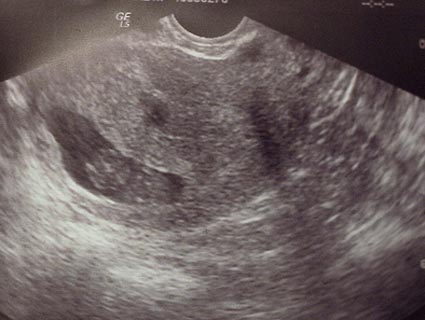 As my colleague Maya Dusenbery noted a few days ago, Virginia’s new law requiring every woman to undergo an ultrasound before she can get an abortion is still terrible, even if women can opt-out of the transvaginal probe portion.

Most abortions take place within 12 weeks after a woman becomes pregnant. And if the woman has been pregnant for eight weeks or less, conducting an ultrasound generally requires the doctor to insert a probe in a woman’s vagina in order to actually see or hear anything. Virginia is not alone in its desire to subject women to invasive probes before they are allowed to get an abortion, a legally protected medical procedure. Twenty states already have laws dictating rules for ultrasounds, according to the Guttmacher Institute. Here are seven other states that have advanced similar measures in the last year:

Alabama: State Sen. Clay Scofield offered his own ultrasound measure a few weeks ago, which included a penalty of up to 10 years in jail and a $15,000 fine if doctors don’t carry out the procedure. But Schofield backed off component of the bill that would have required doctors to stick a probe in women’s vaginas, instead offering that a woman could undergo the “method of ultrasound that she would be more comfortable with.”

Idaho: State Sen. Chuck Winder (R-Boise) has introduced yet another bill requiring an ultrasound before an abortion, expanding upon a law already in place in the state that requires doctors to offer an ultrasound by forcing them to do it and to show the woman the image. As one anti-abortion advocate in the state described it to the local press, the idea behind the law is to make women undergo the procedure because it “gives her a window into her womb.”

Illinois: The House Agriculture Committee advanced a bill on February 22 that would require doctors to carry out an ultrasound and show it to the woman, unless she declines to view it in writing. And yes, you read that correctly: the “Ultrasound Opportunity Act” came from the agriculture committee. This prompted opponents to show up at the hearing wearing “Women are not livestock” T-shirts.

Kentucky: The state Senate approved a new bill requiring that a woman undergo an ultrasound before she can get an abortion, and instituting criminal penalties if the ultrasound isn’t carried out. The bill is is not expected to advance in the House.

North Carolina: This law passed in 2011 was pretty much exactly like Virginia’s, but as the local press pointed out, it didn’t get nearly as much attention because people weren’t talking about the “transvaginal” aspect. A federal judge ruled last October that doctors don’t have to show women the ultrasound image, at least.

Pennsylvania: A pair of Republican state representatives introduced the “Women’s Right to Know Act,” which passed out of committee last month before the uproar in Virginia prompted the majority leader to shelve it.

Texas: The Lone Star State was ahead of the curve on transvaginal ultrasounds, passing its bill in May 2011 under “emergency” status. A legal challenge to the law failed last month, and it became effective immediately.