On Monday, President Barack Obama’s re-election team circulated this photo of volunteers and staffers at the campaign’s Chicago headquarters: 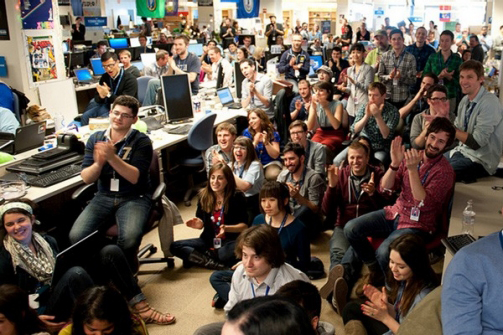 This is not what a Young Republicans meeting looks like. Obama for America

All those people look really excited for the new M. Ward album! But this being the Internet and it being an election year, a seemingly innocuous picture of youthful volunteers turned into something else—evidence of President Obama’s growing race problem. Wait, what?

Over at the Daily Beast, Mansfield Frazier writes that the candid photo of a bunch of college-aged kids looks like a “Photoshopped dirty trick.” He explains:

The campaign is pushing back, saying the photo is much internet ado about nothing, but the image, first published by Buzzfeed and then picked up by the Drudge Report, is real and it is damning. Our first sitting president of color is so afraid of being labeled “president of the blacks” by his enemies that he goes in the other direction and earns a reputation for stiff-arming citizens of color.

“[I]t looks like a young Republican gathering,” he writes, adding, “all of those selected could not have just happened to be white absent racism on someone’s part.”

First things first. This is what a Young Republicans gathering looks like: 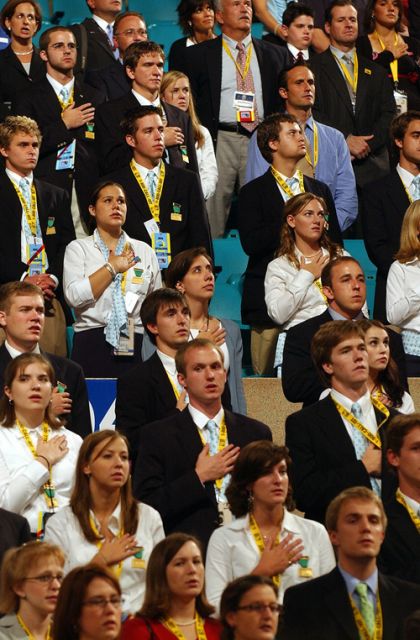 This is what a Young Republicans meeting looks like. Jerry Lara/San Antonio Express-News/ZumaPress.comNote the absence of artsy sweaters and flannel.

As for the thesis of the piece, that the Obama campaign is deliberately “stiff-arming citizens of color” in order to make some larger point: Frazier offers no evidence to support this except to note that Cornel West is upset. Obama’s approval-rating among African-Americans is still in the high ’80s, and the campaign has made clear that massive participation by minorities and young people is key to his re-election effort. In this case Team Obama is clearly making an appeal to young voters—the picture might as well be captioned “phone-banking is fun!” (Without getting into a “guess the ethnicity” game with a low-res photo, it’s also quite clearly more diverse than he posits.) Is there anything to suggest these kids are any different from the residents of Michigan Avenue in 2008?

The reality is that any bias in weeding out volunteers is likely more of a means-test: Volunteers for political campaigns are necessarily college-age kids with enough financial backing to allow them to work full- or part-time (and overtime, in some cases) without pay and with little if any opportunity for advancement. That gives well-off white kids a boost, I suppose.