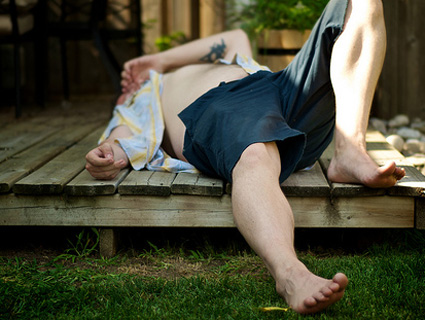 In an average summer in the United States, there are 1,332 heat-related deaths. But climate change will make that number rise to 4,608 by the end of the century, according to a new report from the Natural Resources Defense Council. In total, the US can expect 150,000 deaths due to excessive heat by 2100, the report projects.

The paper is based on research recently published in the journal Weather, Climate and Society that looked at the impact that hotter days and nights would have on heat-related deaths. Scientists expect temperatures to rise 4 to 11 degrees Fahrenheit by the end of the century due to human-induced climate change, and the number of days where the temperature presents a health threat will tick upward. That will be felt most in cities, where all that asphalt and glass amplify the heat and the dense population leaves more people vulnerable. Thirty-seven of 40 cities studied will see increases in heat-related deaths, they predict.

The hardest hit will be Louisville, Detroit, and Cleveland, researchers found. The average number of deaths in Louisville was 39 per summer from 1975 to 2004. That figure is expected to grow to 257 per summer by mid-century and to 376 by 2100. That’s a total of 18,988 more deaths than would occur without climate change. Detroit can expect 17,877 additional deaths over the rest of this century, and Cleveland 16,625.  Many of the most affected cities are in the Midwest and Northeast, where the weather is more variable and where populations aren’t as adapted to extreme heat. By comparison, Miami currently averages zero heat-related deaths, which researchers expect will continue because the temperature, while hot, is relatively stable and air conditioning is widely available.

“As temperatures continue to rise and climate variability continues to increase, we’re going to have some real problems,” said Larry Kalkstein, one of the paper’s authors and a senior professor of geography and regional studies at the University of Miami. These heat deaths are “a silent killer,” he added. It’s not like a tornado, where destruction and the death tolls are readily apparent, so the public often doesn’t notice escalating body counts.

And those figures might be conservative, according to NRDC’s program director for climate, Dan Lashof, because they don’t take into account projections on population growth in those cities, or anticipated growth in the number of sick or elderly people, who are often hit hardest in heat waves. Kalkstein also noted that it’s often difficult for medical examiners to determine that a death was definitively due to heat, since it often exacerbates preexisting heart or respiratory issues. That means the baseline figures for cities could already be low. (See Mother Jones’ interview with climatologist Matthew Huber for more dystopian projections.)

“This is a real wake up call,” said NRDC’s Lashof. “Carbon pollution has real life or death consequences.”